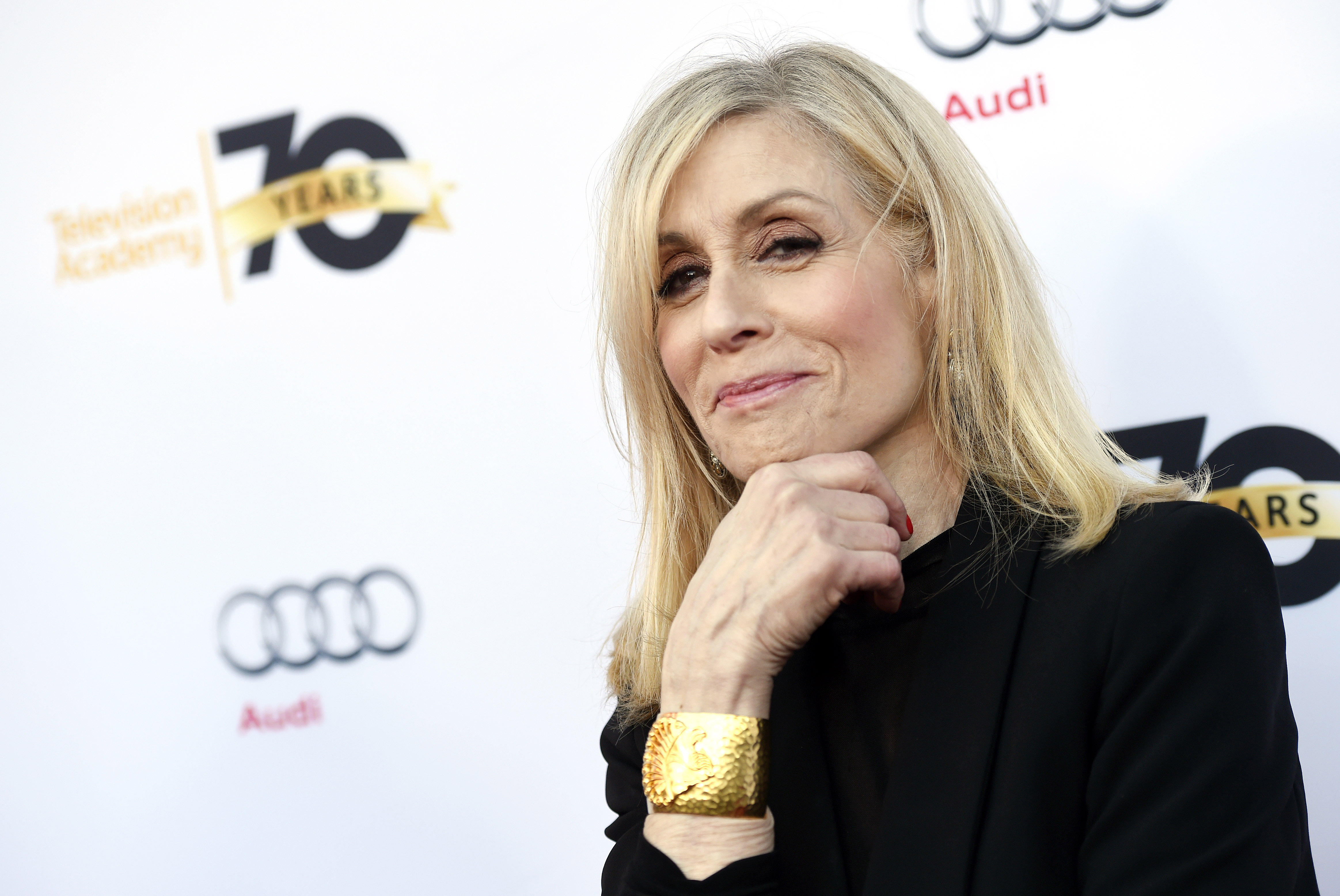 Judith Light ends her solo run this week in the Off-Broadway production of “All the Ways to Say I Love You.” Not surprisingly, the stage veteran has received a thunderous applause for her portrayal of Mrs. Johnson in the Neil LaBute play.

The 67-year-old gets right back to work when the curtain closes, jumping onto a number of projects including production on the fourth season of the Emmy award-winning Amazon series “Transparent.”

In addition to her work on both the stage and the screen, Light returns this year as a third-time ambassador for the “Flu + You” campaign, an initiative that aims to educate older adults on the importance of the flu vaccine. She calls this campaign “especially important” to her, given her career demands and her age.

Light opened up to CBS News about why she’s hoping all adults listen to her message and what it’s been like working with her “Transparent” family.

You are no stranger to the stage. Does it feel any different this time around with this show?

It’s challenging. It feels very different because it is a solo piece. I am not used to working alone. I’m used to working in companies with a lot of people. So this is a very challenging experience, to know you have to carry everything. It’s a lot.

You are also playing a very emotional character in Mrs. Johnson. Do you find you carry this character or the emotions around with you?

No, I don’t carry her around. I have a wonderful director and a great playwright, so I carry all of that with me. We worked very closely with the script -- we just kept working on the piece over and over again from an emotional point of view. It’s a very emotional piece, so it required a tremendous amount of getting my own self and my own day out of the way in order to have clarity in the piece that I am doing.

You’ve partnered with the “Flu + You” initiative for three years now. What made you want to have a role in this campaign?

I joined with the National Council on Aging to inform people 65 and older that there is a higher dose vaccination for them. Since I’m over 65, it’s really important for me. I’ve already gotten my flu shot this year. This higher dose is not something people know about. So I am doing everything I can to make sure I take care of my health.

Were you always aware of the importance of the vaccine throughout your career?

No, I wasn’t always cognizant. I would listen with one ear and just wasn’t really focused on it the way I should’ve been partly because I wasn’t on stage -- where they encourage you to get a flu shot. As we get older, the immune system weakens, so we want to make sure we are getting a higher dose.

After your play wraps, you’ll head back to L.A. for more “Transparent.” The show took home several Emmys last month. Can you talk about what it’s been like being a part of this group?

It’s so special to be on “Trans.” I love them all so deeply and profoundly. They are just extraordinary people and I couldn’t ask for better people to work with. I mean, for Jill [Soloway] and Jeffrey [Tambor] to win two years in a row says a tremendous amount about the show. I couldn’t ask for anything better than the consistency and the quality of the show at this time in my career.  It’s just a very special time in my life.

Jill Soloway has a very unique, creative approach to this show and these characters. What are the challenges in tapping into the emotions of the script?

I think Jill picked us all because she knew we would have that availability and flexibility and that we were willing to throw ourselves into things that we might not ordinarily do. I think that was very important to her. Because she works in such a very special way, audiences don’t watch but they feel “Transparent.” And that was very important to her from the beginning.

This show has changed the conversation we are having in the world. It really changes the culture and talk about how bigotry and prejudice has no place in this world. It’s also allowed people to be who they are and who they choose to be, which was important for Jill. I think she has accomplished that in a very powerful way.

Throughout your career, you’ve starred in several network series. What do you make of the creative opportunities available for actors now on these streaming platforms like Amazon?

I think it is brilliant, and it’s important because our job is to reach all different groups and numbers of people; this is another way for us to do this. It’s another way to watch television. But it’s a very different and special way of working.

Does it change the creative process at all?

The creative process changes because of Jill. Jill has enabled us all to come to and be in a very different space together. Before the season starts we do this workshop with a woman who works with us strictly from an emotional place. We don’t do lines or practice scenes. She just gives us context for the season. It’s a way of staying open and available to yourself emotionally. So that is a different way of working and a very powerful way of working. It’s very challenging and exciting.