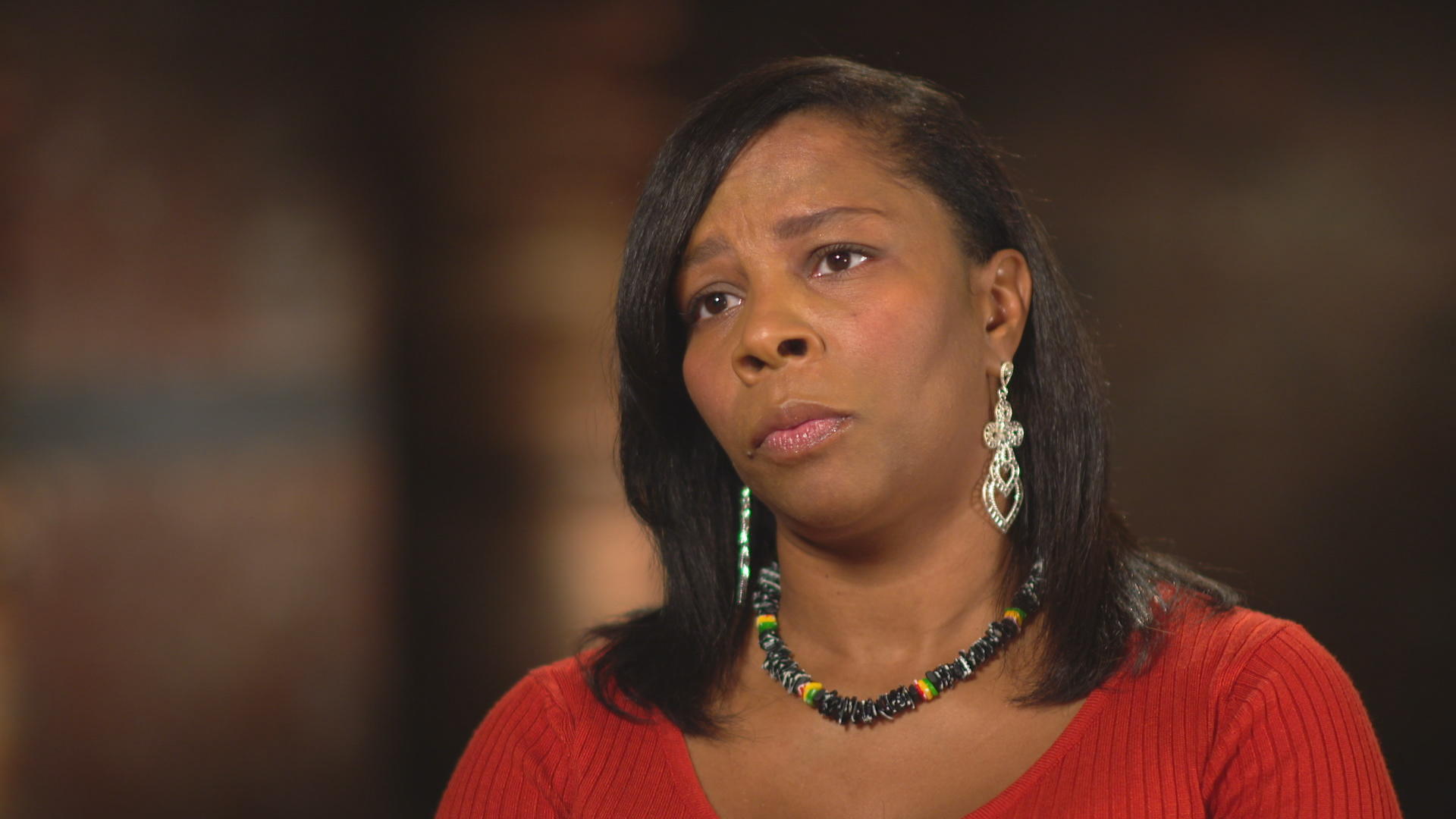 An independent autopsy released Wednesday by the family of the Charlotte man killed by police confirms Keith Lamont Scott died from gunshot wounds in the back and abdomen.

Officers fired at 43-year-old Scott last month, when he was waiting for his son to arrive home from school. Police said he was armed with a gun. His family says he was not.

The shooting was captured on video by police and Scott’s wife. In an interview you will see only on “CBS This Morning,” co-host Gayle King sat down with Rakeyia Scott to hear, for the first time, what she remembers from that day.

“When I came out the door. And two officers were pointing their gun at my husband in the car,” Scott said.

“What is your husband doing at this point?” King asked.

Scott recorded the moment on her cell phone, saying, “Keith, don’t do it.”

“What are you telling him not to do?” King asked.

“I’m not talking to Keith. I’m calling Keith’s name for him to hear me. I’m talking to the officers that I actually see changing their stance, their positions,” Scott said.

“Did they know who you were? I’m sure in the heat of the moment, they’re trying to figure out, ‘who is this woman who is standing here?’” King asked.

“No, they wouldn’t have known me personally, but I was the only one out there. I’m yelling at them. I’m loud enough for them to hear me,” Scott said. “No, I won’t say that they know that I was-- knew that I was his wife, but I was somebody of importance.”

Police reported that when they encountered her husband, he was in the car with marijuana and a gun. But Rakeyia Scott said there was no gun.

“Let’s assume he had the marijuana and that he had the gun at the moment of the shooting, is what I think people are focusing on. And to that, you say what?” King asked.

“He had no gun. He was not a threat. He was just not a threat, period. He didn’t have a gun, he wasn’t a threat. What is your purpose? What was your reasoning? Why -- you saw him backing up, why didn’t you just say, give him a command then?”

“But I was there. I saw this incident unfold before my face. What people don’t seem to understand, they’re trying to bring in our past, but prior to -- I mean, after November the 2nd, after this accident, after his motorcycle accident and when he returned home in January, he was a totally different person.”

Nearly a year before her husband was shot to death by police, Scott filed restraining orders against him because he threatened to kill her and her son.

Scott admits that there had been violence in their marriage.

“All of it is correct, absolutely. But that’s my marriage. I don’t expect anyone to understand our marriage,” Scott said.

“Does that have anything to do with this case?” King asked.

Video also captured Scott tell police that her husband has “TBI”  -- traumatic brain injury -- and had just “taken his medication.”

“He takes almost 11 different medications-- he take them, and you have to give it time to kick in. If not, he’s not -- if you start a conversation with him, he’s not going to remember the conversation once the medicine has kicked in,” Scott said.

Scott said she believes race played a role in the shooting of her husband, 100 percent. But people point out that the officer who shot him, Officer Brentley Vinson, is also black.

“What do you mean, you don’t believe that he shot your husband?” King asked.

“You did not see Officer Vinson at that time or did you?” King asked.

“So to you, it doesn’t make sense that Officer Vinson was the one that pulled the trigger?” King asked.

“What does the Charlotte Police Department have to gain by saying it was a black officer who shot your husband?” King asked.

“I’m not sure what they have to gain. I’m just going by what I recall and believe that day,” Scott said.

“And how are your children? How is your family?” King asked.

“All we want is to know why. Just why -- why did you have to take Keith that day? Give us your -- the real, valid reason as to why my husband’s life was taken that day before me,” she said.

Bill Gates on how to "outsmart" global epidemics

Why do women love true crime?