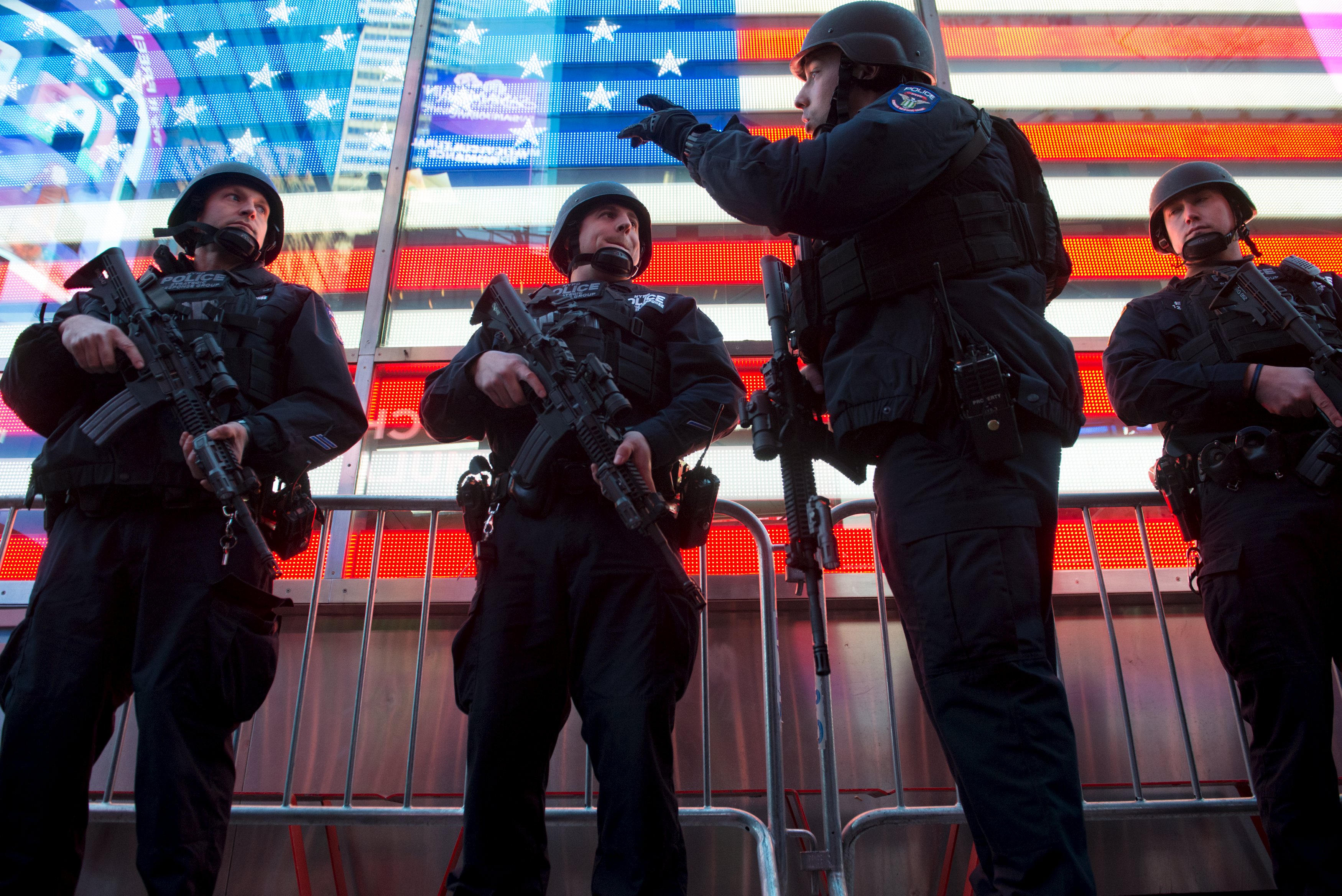 The NYPD is aware of a newly-released ISIS video that makes reference to Times Square, but says there is no specific threat to the city. In what appeared to be a threat directed at the U.S., Times Square was shown along with New York City taxis and several Midtown locations, interspersed with what appeared to be a man preparing an explosive device and strapping it to himself.

Hillary Clinton is to give a speech in New York Thursday morning that was planned in direct response to the Paris attacks last week. The Democratic presidential candidate is set to lay out a detailed plan to defeat ISIS and the broader threat of "radical jihadism" around the world.

Of the nine terrorists police say were involved in the Paris attacks, five are, or were, French. The man believed to have planned the carnage, Abdelhamid Abaaoud, is a Belgian. Several young men who said they knew Abaaoud said he was "normal." So how did someone who won a scholarship when he was young grow up to be a terrorist?

Holes in the net

One of the Paris attacks suspects is believed to have reached Europe via Turkey's porous border with Syria. A senior Turkish official tells CBS News it's impossible to cut off the flow of extremists, and he also pointed out that there is a problem with intelligence sharing, saying Turkey warned France about one of the terrorists, twice.

More than 300 people were wounded in the Paris terror attacks, and emergency physicians say a long road to recovery lies ahead. Some of those injured by the gunfire or bombings may face weeks, months or even years of medical treatment, and the trauma that survivors experienced is something many will struggle with for life.

In a crucial test for the U.S. economy, the Federal Reserve is widely expected to raise interest rates next month for the first time in nine years. Could the already slow recovery be in jeopardy?

"The Force Awakens" will be the first time a "Star Wars" sequel will not have the input of George Lucas. Lucas speaks to "CBS This Morning" co-host Charlie Rose on why he is "breaking up" with the franchise he created.

Chopper crash near San Diego kills both on board

Police use water cannon on protesters at APEC summit

5 vehicles with the best deals on insurance

Below the surface, Wall Street is still nervous

Inside the new thriller "Secret in Their Eyes" with Chiwetel Ejiofor