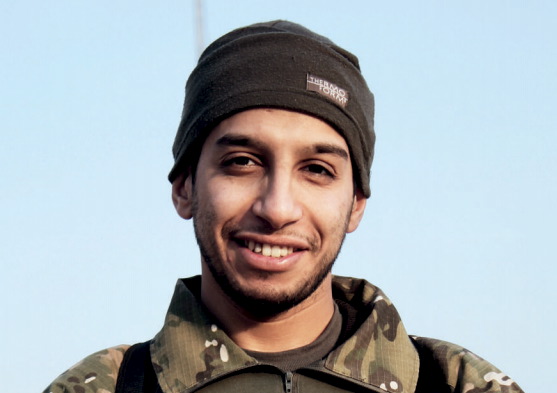 BELGIUM -- Of the nine terrorists police say were involved in the Paris attacks last Friday, five are, or were, French.

Suspected mastermind, Abdelhamid Abaaoud, is a citizen of Belgium.

The people of Abaaoud's old neighborhood came out in the thousands Wednesday night in a gesture the jihadist would have hated -- a rally to show solidarity with the residents of Paris.

Several young men who said they knew Abaaoud described him as "normal."'

"He dressed like me in a tracksuit, a regular young guy," said one man.

As for becoming a jihadi, it means that before that he was a victim of discrimination, another man said.

"People don't get radicalized because they want to -- it's not like a trip to the store," he added.

So how did someone who won a scholarship when he was young grow up to be a terrorist?

Abaaoud was raised in a modest home in Molenbeek. But the dark side of the suburb apparently held more appeal than his family's clothing business.

He became radicalized during a stint in jail for petty crime.

Released in 2013, he suddenly vanished, and then showed up in Syria.

Under the name Abu Umar al-Baljiki, the Belgian, he started using social media to recruit jihadists.

Abaaoud's career profile shot to real prominence when he appeared in an ISIS propaganda video, dragging bodies behind a pickup truck and reveling in the image it gave him.

According to intelligence reports, he snuck in and out of Europe to coordinate terrorist attacks.

Abaaoud bragged about in an ISIS online magazine.

Whatever his self-image may have been, residents in his old neighborhood are concerned, Molenbeek already had a bad reputation, now Abaaoud hasn't done it any favors.