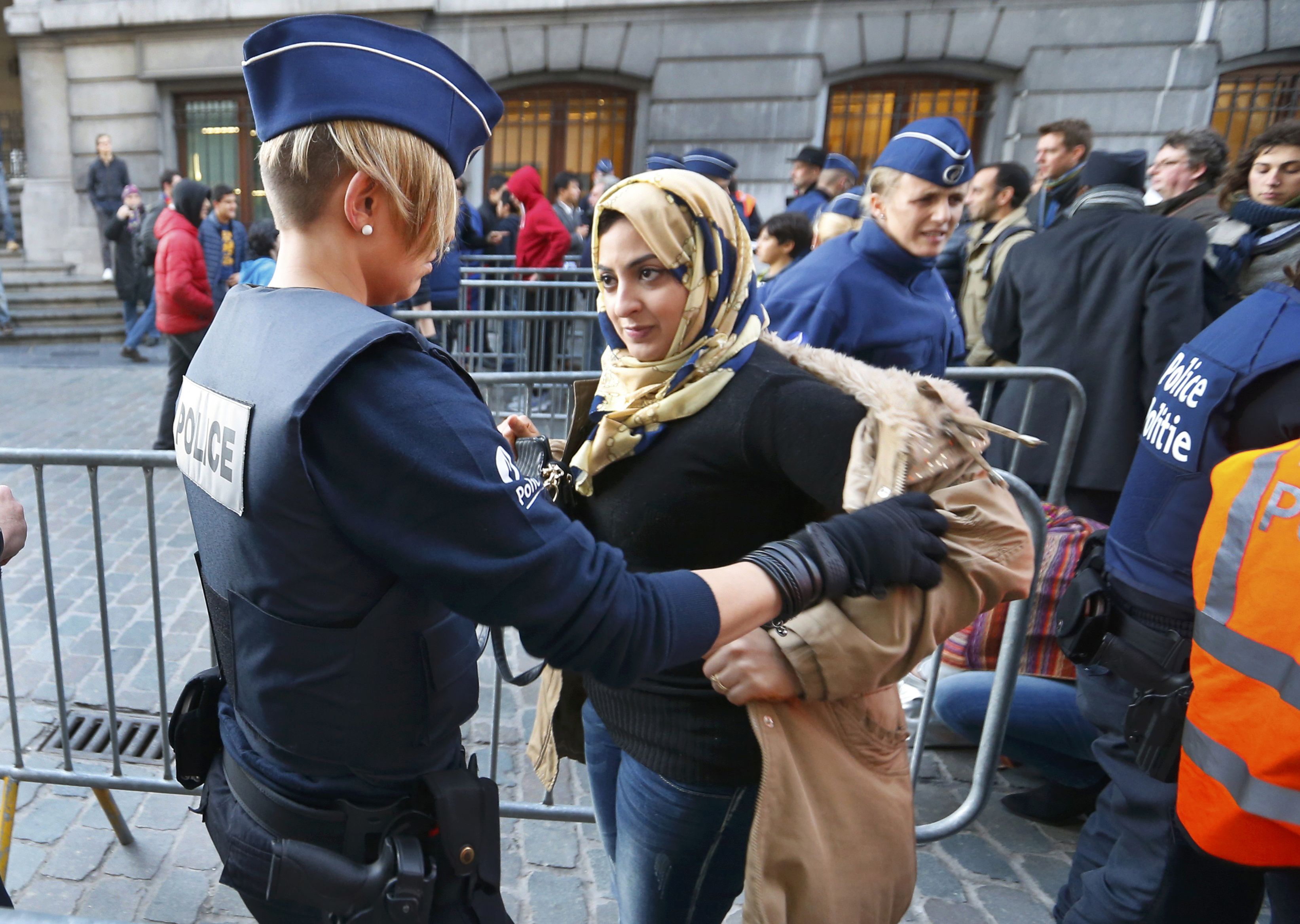 PARIS -- With France still reeling from last week's deadly attacks in Paris, Prime Minister Manual Valls warned Thursday that Islamic extremists might at some point use chemical or biological weapons, and urged lawmakers to extend a national state of emergency by three months.

"Terrorism hit France not because of what it is doing in Iraq and Syria ... but for what it is," Valls told the lower house of Parliament. He added, "We know that there could also be a risk of chemical or biological weapons."

Valls did not say there was a specific threat involving such weapons.

There were reports in French and British media Thursday morning that a man sought by police in connection with the Friday attacks had handed himself in to authorities in the north of the country, near the border with Belgium.

The Sun newspaper in Britain first reported that a young Frenchman named "Mohamed K." was being sought over suspicions he made the suicide vests worn by the attackers in Paris. France's TV3 then reported that a man with the same name had turned himself into police in the city of Lille.

The reports could not be confirmed by CBS News, and French authorities made no immediate comment.

In Belgium, where many of the Paris attackers lived, authorities launched six raids in the Brussels region Thursday linked to Bilal Hadfi, one of the three suicide bombers who blew themselves up outside the Stade de France in the Friday night attacks.

An official in the Belgian federal prosecutor's office told The Associated Press the raids were taking place in the suburb of Molenbeek and other areas of Brussels. The official, who spoke on condition of anonymity because the investigation is continuing, said the actions were focusing on Hadfi's "entourage."

French media reported there was one arrest during the raids, but officials in Belgium had not confirmed the information.

Molenbeek, an impoverished part Brussels home to thousands of migrants and low employment rates, has been called by experts a terrorist's dream; an intersection of the criminal and terrorist worlds where guns, explosives and drugs are readily available.

CBS News Allen Pizzey has reported from Molenbeek that the suspected planner of the Paris carnage, Abdelhamid Abaaoud, was raised there, and likely radicalized there during a short stint in jail for petty crime as a young man.

He told lawmakers that security personnel will be increased and special attention will be paid to eradicating messages of hate. He also called for more international cooperation, and said he wants to amend the Belgian constitution to extend the length of time terror suspects can be held by police without charge.

"All democratic forces have to work together to strengthen our security," Michel said.

The French Interior Ministry and Paris prosecutor's office, meanwhile, said it still remains unclear whether the suspected planner of last week's attacks, in which 129 people were killed and hundreds of others wounded, has been killed or is still at large.

Officials said authorities are working on determining whether Abaaoud was among those killed in a chaotic and bloody raid on an apartment in the Paris suburb of Saint-Denis on Wednesday.

Police launched the operation after receiving information from tapped phone calls, surveillance and tipoffs suggesting that Abaaoud was holed up there.

Paris Prosecutor Francois Molins said the identities of the dead are still being investigated, but that neither Abaaoud nor another fugitive, Salah Abdeslam, is in custody.

French Foreign Minister Laurent Fabius urged the international community to do more to eradicate the Islamic State of Iraq and Syria (ISIS) group, which claimed responsibility for last Friday's attacks on a rock concert, Parisian cafes and the national stadium.

Fabius, speaking on France-Inter radio, said the group "is a monster. But if all the countries in the world aren't capable of fighting against 30,000 people (ISIS members), it's incomprehensible."

France has stepped up its airstrikes against extremists in Syria since the attack, and French President Francois Hollande is going to Washington and Moscow next week to push for a stronger international coalition against ISIS.

Speaking after the seven-hour siege in Saint-Denis, Hollande said that France was "at war" with the ISIS.

In its English-language magazine, ISIS said it will continue its violence and "retaliate with fire and bloodshed" for insults against the Prophet Muhammad and "the multitudes killed and injured in crusader airstrikes."

Paris prosecutor Molins said Wednesday that investigators found a cell phone in a garbage can outside the Bataclan concert hall in eastern Paris where 89 of the victims of Friday's carnage died. It contained a text message sent about 20 minutes after the massacre began. "We're off, it's started," it read.

Molins said investigators were still trying to identify the recipient of the message.

French authorities have said most of the Friday attackers -- five have been identified so far - were unknown to them. But two U.S. officials said that many, though not all, of those identified were on the U.S. no-fly list. The officials spoke on condition of anonymity because they weren't authorized to discuss the issue publicly.

A Spanish security official said French authorities had sent a bulletin to police across Europe asking them to watch out for a Citroen Xsara car that could be carrying Salah Abdeslam, whose brother, Brahim, was among the attackers who blew themselves up.

French authorities declared a state of emergency after the attacks, and security forces have conducted 414 raids, making 60 arrests and seizing 75 weapons, including 11 military-style firearms, the Interior Ministry said. Parliament was expected to vote by the end of the week to extend the state of emergency.

The state of emergency expands police powers to carry out arrests and searches, and allows authorities to forbid the movement of persons and vehicles at specific times and places.