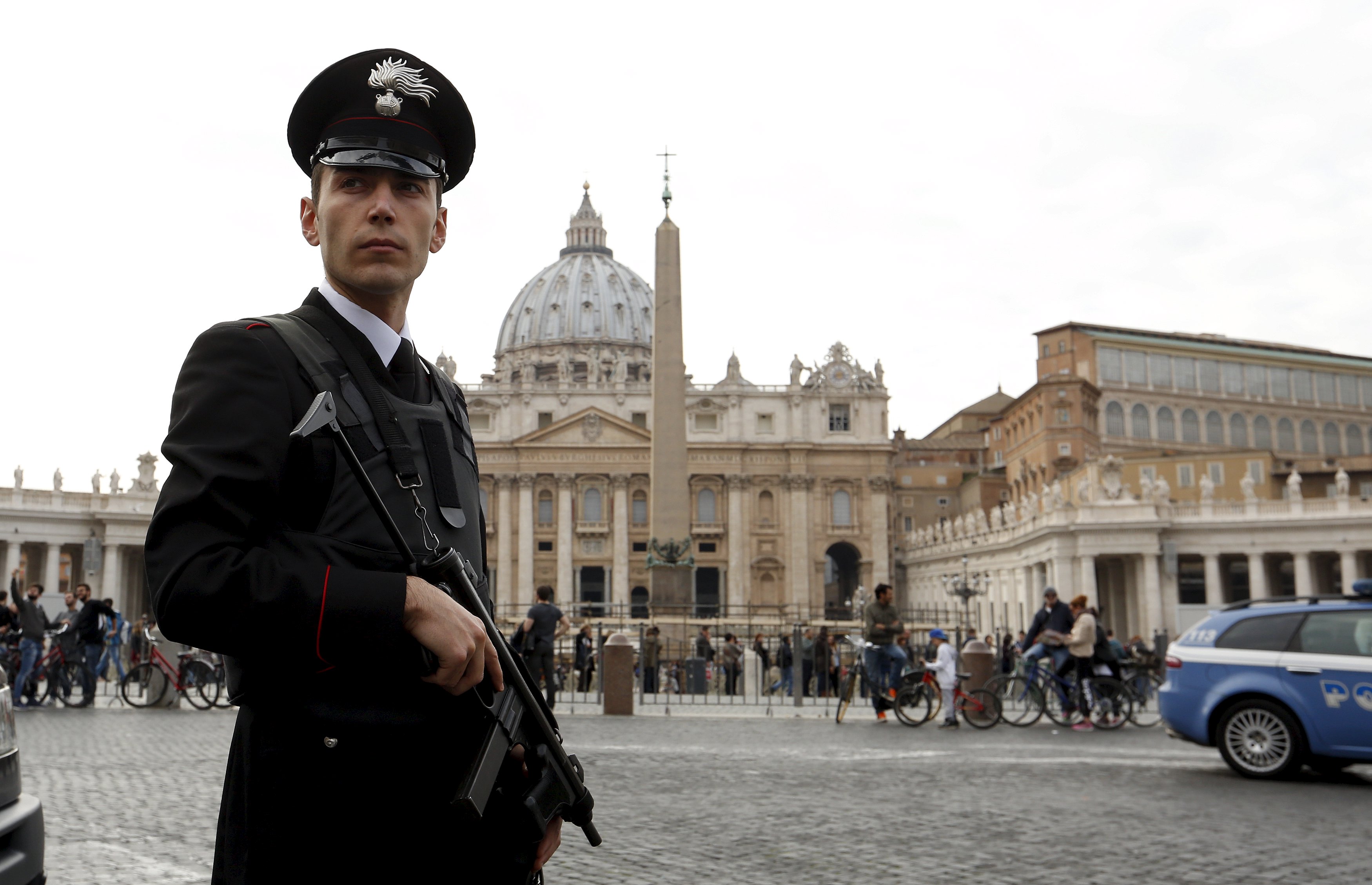 ROME -- The State Department is warning that St. Peter's Basilica in Rome, Milan's cathedral and La Scala opera house, as well as "general venues" like churches, synagogues, restaurants, theaters and hotels have been identified as "potential targets" in those two cities for terrorist attacks.

The U.S. Embassy in Rome sent out early Thursday a "security message for U.S. citizens," saying that "terrorist groups may possibly utilize similar methods used in the recent Paris attacks."

It added: "The Italian authorities are aware of these threats."

A few hours earlier, Italian state TV reported that the FBI had passed on information to Italian authorities about possible targets for terror attacks, including St. Peter's and the two Milan landmarks.

RAI state radio said early Thursday that "there are no direct signs of concrete threats" in connection with the information. It quoted unidentified Italian government officials as saying Italy receives information from many sources and is neither underestimating nor over-emphasizing the information.

Italian Foreign Minister Paolo Gentiloni told RAI that security services in the country were "working to identify five people," but he did not say who the individuals were believed to be or whether the U.S. had provided information on them.

The message from the State Department urged U.S. citizens to "remain vigilant and aware of their surroundings."

Pope Francis' weekly audience was held on Wednesday without incident in St. Peter's Square, although his bodyguard contingent was reinforced.

La Scala's season begins with a gala premiere on Dec. 7, Milan's patron saint's feast day. Some 700 soldiers are being deployed in Rome for security since last week's Paris attacks.