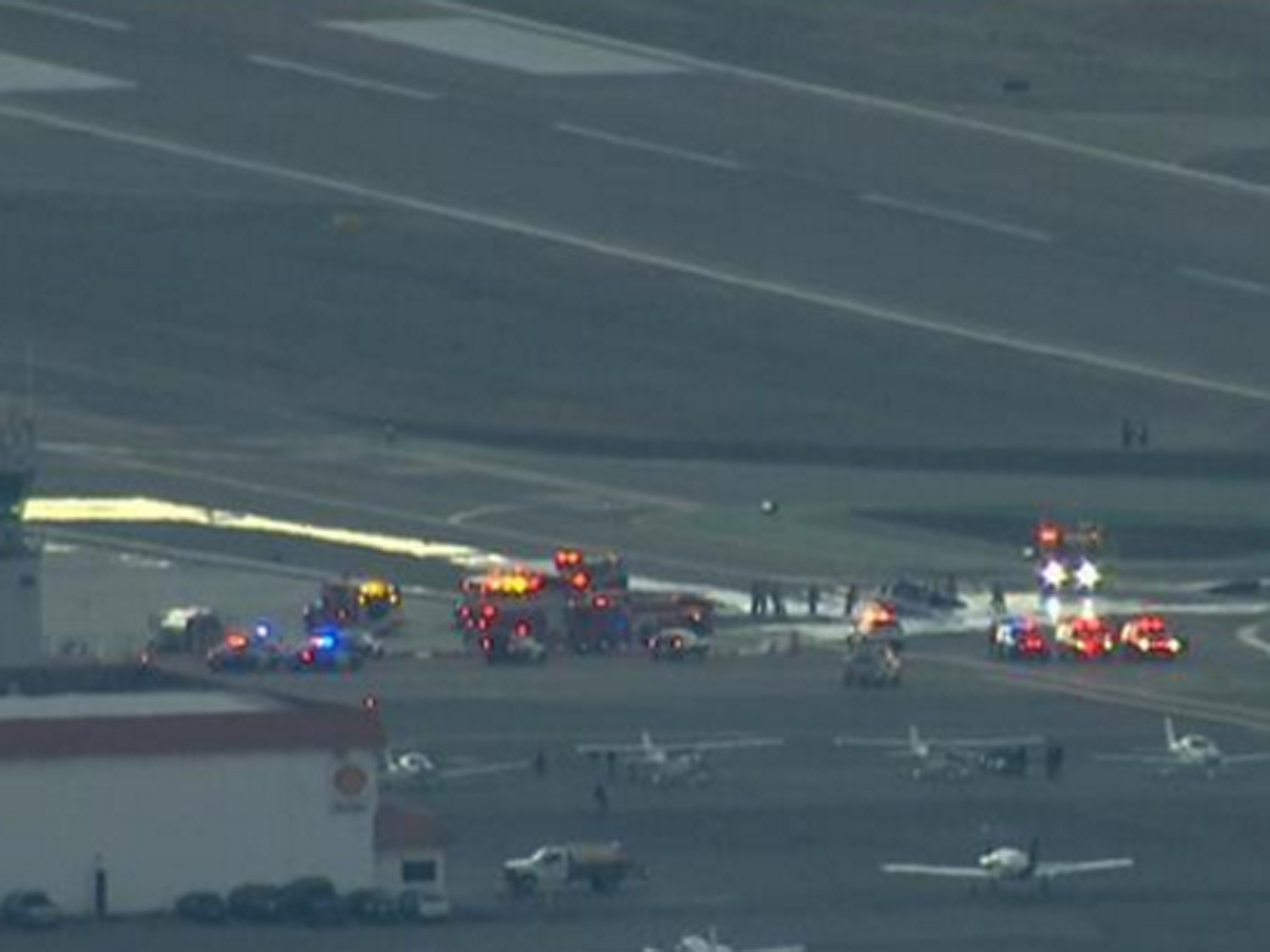 CARLSBAD, Calif. -- A helicopter crashed and caught fire at a San Diego County airport, killing the two people on board.

Fire officials say the aircraft went down shortly before 4:30 p.m. Wednesday at McClellan-Palomar Airport in Carlsbad.

Authorities say no one on the ground was hurt and the fire was quickly doused.

Witnesses told CBS Los Angeles the two people on board tried to get out, but when the rotors lost control, it started spinning until the tail broke off.

Video showed the helicopter spinning wildly in a circle on the ground before losing its tail section and tipping over in a cloud of flame and smoke.

Witness Marco Hernandez told the San Diego Union-Tribune he saw the chopper tilting on the ground and the blades hitting the pavement, striking sparks.

The National Transportation Safety Board is investigating.