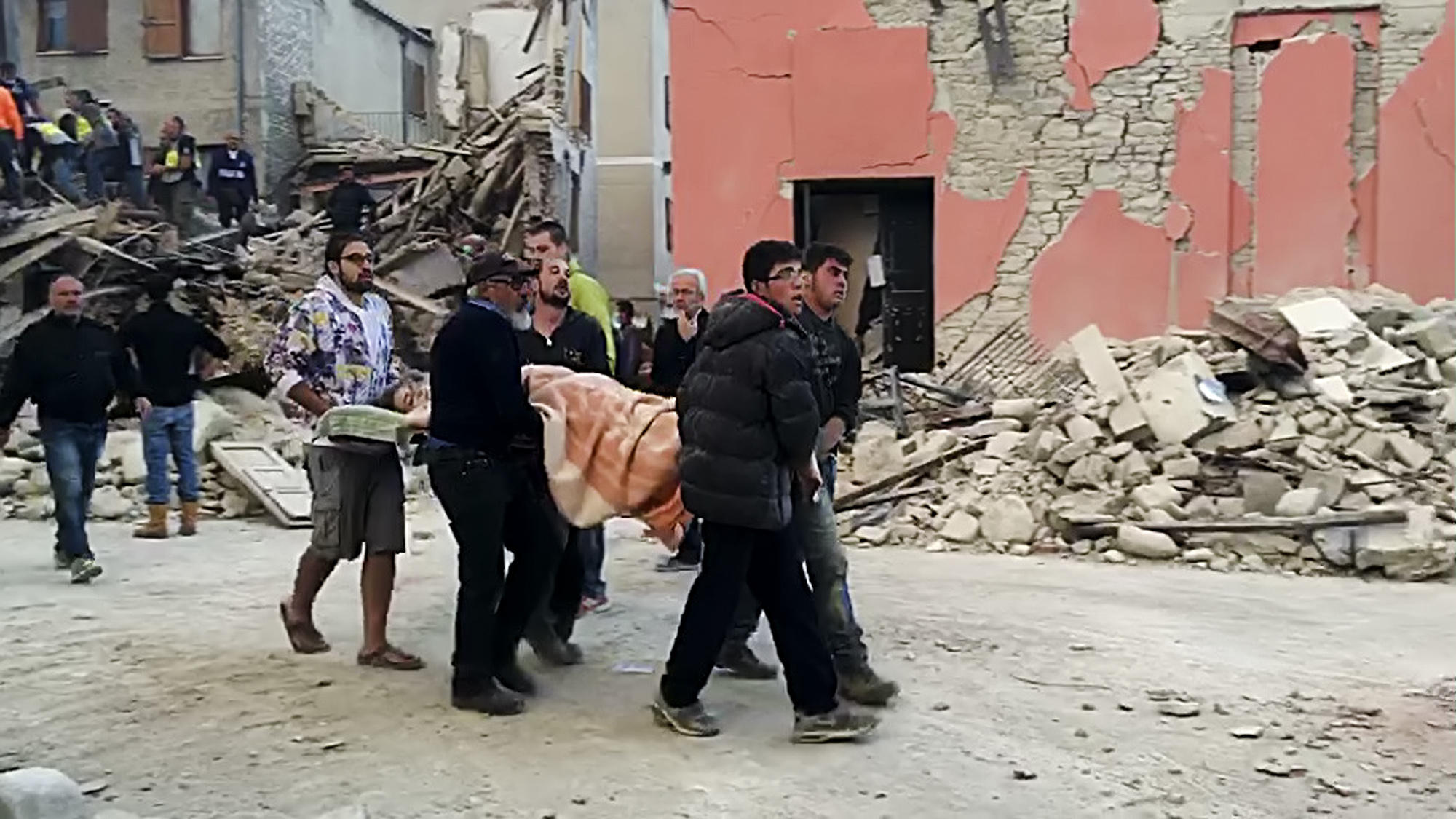 Dozens of people have been killed and others are still missing after a large earthquake that jolted people out of bed in the middle of the night in central Italy. The mayor of one of the hardest-hit towns in the Umbrian mountains says there is virtually nothing left standing.

Donald Trump has indicated he could be on his way to one of the most surprising policy shifts of his presidential campaign. He suggested, after days of confusion over his mass-deportation intentions, that he might be open to letting at least some undocumented immigrants in the U.S. remain in the country.

There’s new information about the controversial sentence 18-year-old David Becker got for sexually assaulting two young women at a house party in Massachusetts. The prosecution recommended Becker serve two years in jail, but he only got probation -- possibly thanks to the words of one of his victims.

The soaring cost of the life-saving epinephrine-delivery devices -- no optional accessory for serious allergy sufferers -- has drawn cries of foul play from politicians and families, but not, unsurprisingly, from ex-Big Pharma exec Martin Shkreli, who yet again sees no problem with putting profits first.

A number of major insurers are planning to scale back their participation in Obamacare’s health exchanges. That could leave consumers facing higher insurance costs and fewer options. But all is not lost; here’s what you can do if you’re at risk of losing your coverage.

A year after receiving a double hand transplant, 9-year-old Zion Harvey is -- to steal an old baseball metaphor -- batting 1,000. Doctors in Philadelphia transplanted donor hands and forearms onto Harvey in the first operation of its kind on a child. The youngster has been through a lot, but continues to impress.

If you’re lucky enough to have a pension, it’s one of the most important financial decisions you’ll have to make: Should you receive your benefits in one lump sum or collect monthly payments? Your choice could spell the difference between a steady income during your golden years, and running out of cash.

Trump camp on the sudden rent increase at Trump Tower