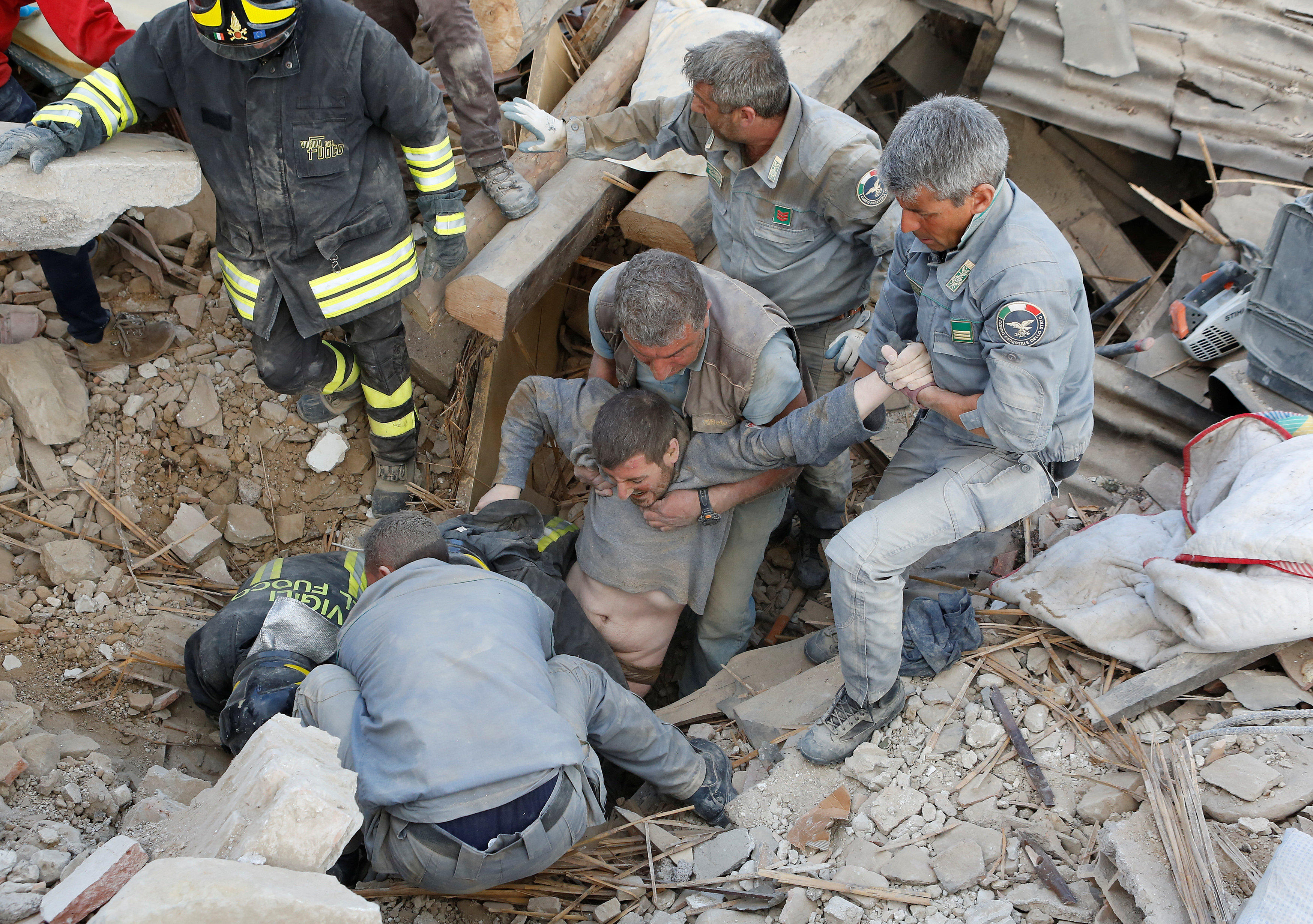 ROME -- A devastating earthquake rocked central Italy early Wednesday, collapsing homes on top of residents as they slept. At least 37 people were killed, most of them in three hard-hit towns where rescue crews raced to dig survivors out of the rubble, but the toll was expected to rise as crews reached homes in more remote hamlets.

The mayor of the quake-hit town of Accumoli, Stefano Petrucci, said at least six people had died there, including a family of four, and two others.

Officials in Amatrice and Accumoli reported at least 13 dead, while the ANSA news agency said another 10 were dead in Pescara del Tronto.

Italy’s civil protection agency put the overall death toll at 37, but noted that it was likely to climb as rescue and recovery efforts continued.

The magnitude 6 quake struck just after 3:30 a.m. and was felt across a broad section of central Italy, including the capital Rome where people in homes in the historic center felt a long swaying followed by aftershocks.

Italian Premier Matteo Renzi says the priority for the coming days is to rescue any survivors of the devastating earthquake and that he will head to the zone later in the day.

In brief remarks, Renzi thanked rescue workers who dug through debris, some with their bare hands, to reach residents crushed by their homes.

Renzi says that in times of trouble, Italy shows its true face. He says: “No family, no city, no hamlet will be left alone.”

The hardest-hit towns were Amatrice and Accumoli near Rieti, some 50 miles northeast of Rome. The center of Amatrice was devastated, with entire palazzos razed to the ground. Rocks and metal tumbled onto the streets and dazed residents huddled in piazzas as aftershocks continued into the early morning hours.

Rocks and metal tumbled onto the streets and dazed residents huddled in piazzas as some 39 aftershocks continued into the early morning hours, some as strong as 5.1.

“The whole ceiling fell but did not hit me,” marveled resident Maria Gianni. “I just managed to put a pillow on my head and I wasn’t hit luckily, just slightly injured my leg.”

Another woman, sitting in front of her destroyed home with a blanket over her shoulders, said she didn’t know what had come of her loved ones.

Jeff Galvin, an official at the U.S. Embassy in Rome, said there were no immediate reports of American casualties from the earthquake, but he urged U.S. citizens near the region to get in contact with their families and friends back home to let them know they’re okay.

Pirozzi told state-run RAI radio and Sky TG24 that residents were buried under collapsed buildings, that the lights had gone out and that heavy equipment was needed to clear streets covered with debris.

Asked if there were any dead he said: “Look there are houses that aren’t here anymore. I hope we get some help.”