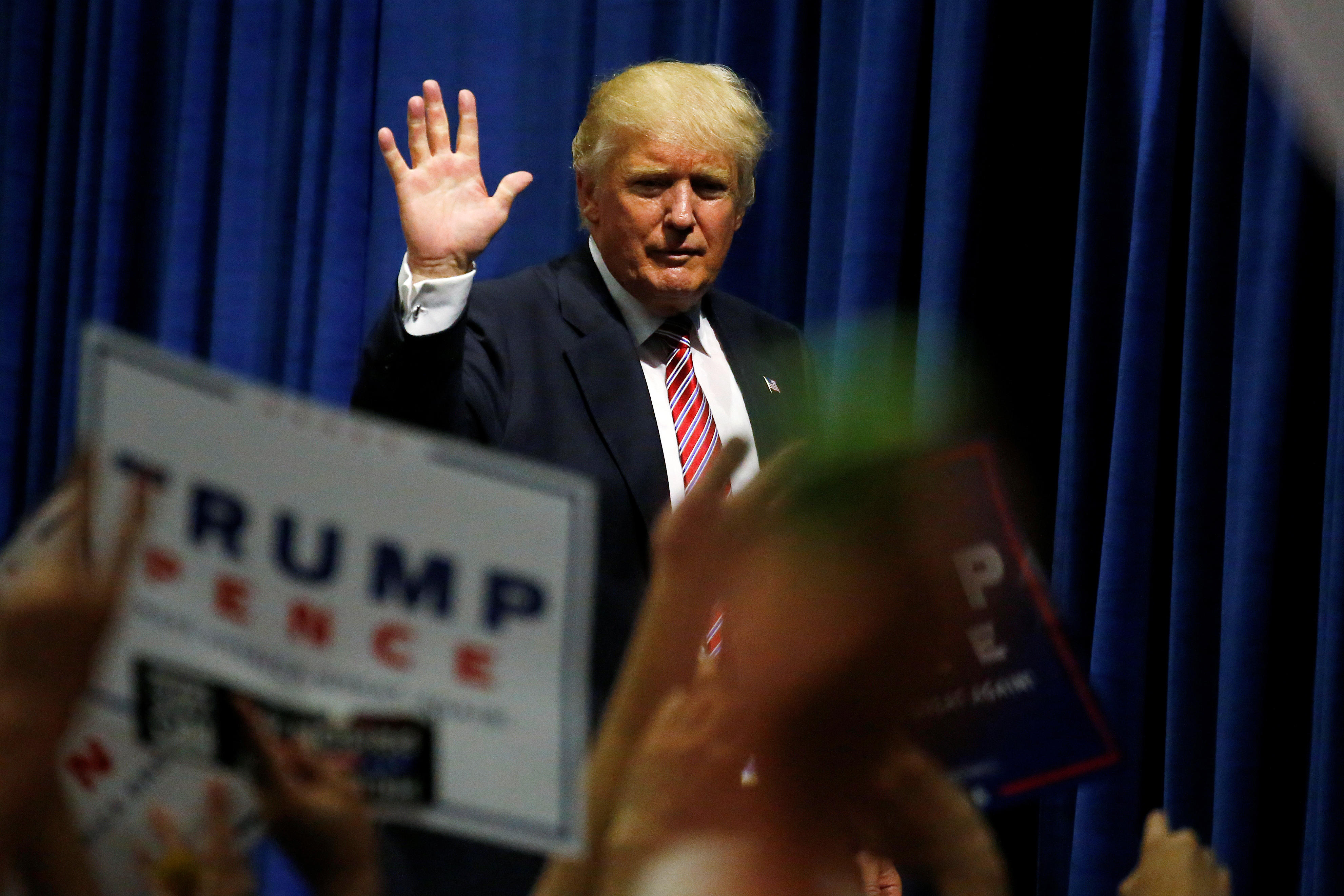 AUSTIN, Texas -- On Tuesday, Donald Trump indicated he could be on his way to one of the most surprising policy shifts of his presidential campaign: that he might be open to letting at least some undocumented immigrants in the United States remain. This came after days of confusion about his stance on large-scale deportations and after an immigration speech planned for Thursday in Colorado was scrapped.

His answer was in response to a question from Hannity about whether Trump would be willing to change laws to accommodate undocumented immigrants who had committed no crimes, apart from their immigration violation.

It could be a significant shift in both policy and tone for the GOP nominee, given that Trump has spent almost the entirety of his candidacy supporting a mass deportation policy that would allow those that hadn’t committed crimes to return legally after deportation.  He has also routinely linked illegal immigrants to crime.

For months, Trump even touted the President Dwight D. Eisenhower-era “Operation Wetback,” a controversial operation in which the United States government rounded up and forcibly deported hundreds of thousands of undocumented Mexican immigrants, some of whom died in the process.

On Sunday, Trump’s campaign manager, Kellyanne Conway, said on CNN that it was “to be determined” what would happen to those without citizenship who were illegally residing in the United States.

Trump’s admission that he is considering shifting his stance on mass deportations is sure to engender criticism from conservatives, many of whom flocked to his candidacy as a direct result of his hardline stance against illegal immigration and amnesty for the undocumented.

Sen. Jeff Sessions (R-AL), a known immigration hardliner and an early supporter of Trump’s, came to his rally in Austin on Tuesday night and seemed taken off guard by Trump’s comments.

When asked if he had a response to Trump, Sessions said, “Well, he didn’t soften his position on ending the illegality and creating a lawful system that protects the interests of our national security from terrorist and also doesn’t flood the labor market with more workers than we’ve got jobs for. But he did say he would – as I understood it, I didn’t hear all of what he said because I was behind the stage. But he did indicate that -- he was – he would – did he use the word ‘soften?’ Something like that.”

When a reporter responded and said Trump did indeed use the word “soften,” Sessions paused.

“About the people who’ve been here a long time and haven’t had any difficulties,” Sessions said. When a reporter pressed him on whether he supported that position, Sessions paused again.

“Donald Trump is wrestling with that issue,” Sessions said. “I fundamentally believe that the first and foremost priority is to fix the unlawful immigration. That’s got to stop. And only once that’s done, then you can begin to talk about what we should do in a proper way for people who’ve been here a long time. I think that’s what he was suggesting today.”

With that, Sessions stopped taking questions from reporters.

Trump’s vice presidential pick, Indiana governor Mike Pence, in an interview with CBS News’ Major Garrett on Tuesday, didn’t offer specifics on Trump’s stance on mass deportations​, or on whether there would be any relief for undocumented immigrants already in the country.

“We’re going to enforce the laws that are on the books today, Major,” Pence said. “And the mechanism for how we do that – he’s also been very clear that we’ll do it in a humane way,”

Pressed again, Pence said, “I think those are issues that will continue to be worked out in the days ahead. But the one thing you know about Donald Trump, when you’re around him for even a short period of time is that he speaks his mind, says what he thinks. And he’s made it very, very clear that we’re going to build a wall. we’re going to establish strong borders in this country.”

As of right now, Trump is still expected to give an immigration speech laying out his updated stance sometime in the near future, although the campaign has not said when.