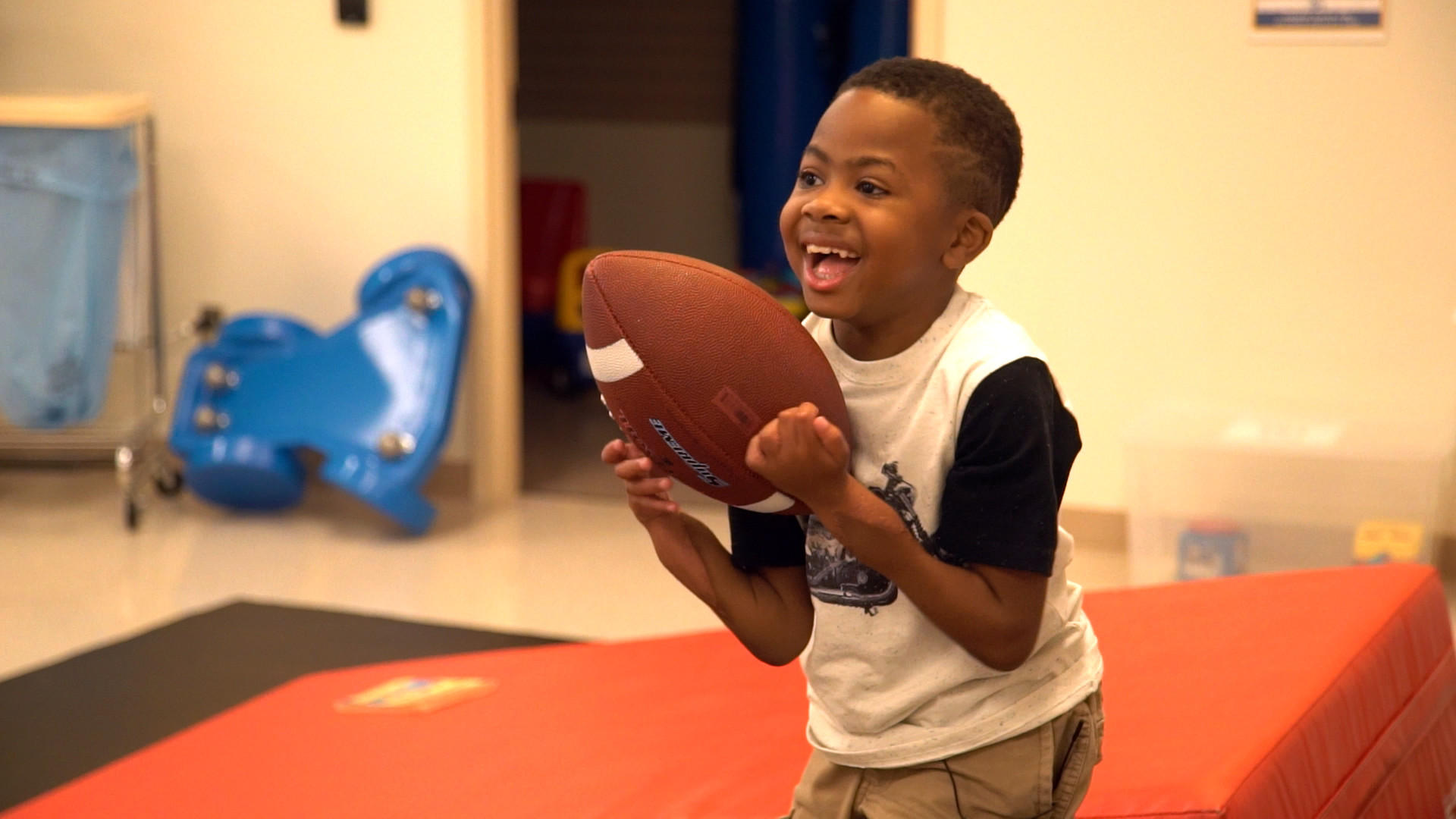 One year after receiving a double hand transplant, 9-year-old Zion Harvey is -- to steal an old baseball metaphor -- batting a thousand.

Last summer, doctors at Penn Medicine and Children’s Hospital of Philadelphia transplanted donor hands and forearms onto Harvey in the first operation of its kind ever performed on a child.

Harvey had lost his hands and feet at the age of 2 due to a serious infection that also led to organ failure and a kidney transplant.

This summer, he is throwing baseballs over home plate, writing in his journal, making himself lunch, zipping up his own clothes and serving up birthday cake to family and friends, his medical team reports.

“I feel happy about my new hands and I don’t feel different,” Harvey said Tuesday at a hospital news conference. “Now I can throw a football further than when I didn’t have hands.” He added, “My next goal is to convince my mom to let me play football.”

Harvey and his mom, Pattie Ray, together with his health care team, spoke about the progress he has made over the last year. They said he has worked on building his strength and dexterity, developing his brain-hand connections and maintaining positive mental health.

“His brain says for his hands to move and they move. And that in and of itself is remarkable because for six years of his life that part of his brain, if you will, was asleep,” his surgeon, Dr. L. Scott Levin, said in a YouTube video posted by the hospital this past week. Levin is chairman of the department of orthopedic surgery at Penn Medicine and director of the hand transplantation program at Children’s Hospital of Philadelphia.

Harvey’s new arms have grown along with him this past year.

“He is gaining independence, which is the entire reason we do this,” said Levin.

The 10-hour operation that took place last July involved a 40-member team of nurses, doctors and surgeons led by Levin.

During the procedure – performed with colleagues from Shriners Hospitals for Children, in Philadelphia – the donor’s hands and forearms were attached by connecting bone, blood vessels, nerves, muscles, tendons and skin. The surgical team was divided into four working groups, two focused on the donor hands, and two focused on the recipient. First, the bones in his arm were connected with steel plates and screws. Next, microvascular surgical techniques were used to connect the arteries and veins. Once blood began flowing through the reconnected blood vessels, surgeons repaired and rejoined each muscle and tendon, one by one. Then they reattached nerves and closed the surgical sites.

At the time, only 25 hand transplants had been done in the world. Harvey is the first child to receive such a procedure. Over the past year, he has undergone extensive rehabilitation at the Kennedy Krieger Institute, near his home in Baltimore.

One month after his surgery, Harvey told Levin, “I just want to write a letter to the parents for giving me their son’s hands because they didn’t have to do that if they didn’t want to.”

Levin said, “I think from an emotional standpoint that he remains a remarkable young man because here we’ve had weeks of hospitalization, a daily request for him to interact, to do therapy, to undergo testing, to interface. And again, there’s never been one iota of resistance where, ‘I don’t want to today, or I don’t feel like it.’ Or things we might hear from an adult, let alone a child.”

His mom, Pattie, said they have a close relationship, having been through many hospital stays and rehabilitation together. “I just want to hold his hands” and love him, she said.

It’s a feeling he shares. “I owe everything to my mom because she helped me when I was through the roughest times of my life. My mom said you have to learn to do it by yourself before you ask somebody to do it for you. She’s the best mom I ever had,” he said.

Harvey has three inspirational images taped to his bedroom wall: Jackie Robinson, Muhammad Ali and Ray Lewis. In the middle of them all is a photo of him.