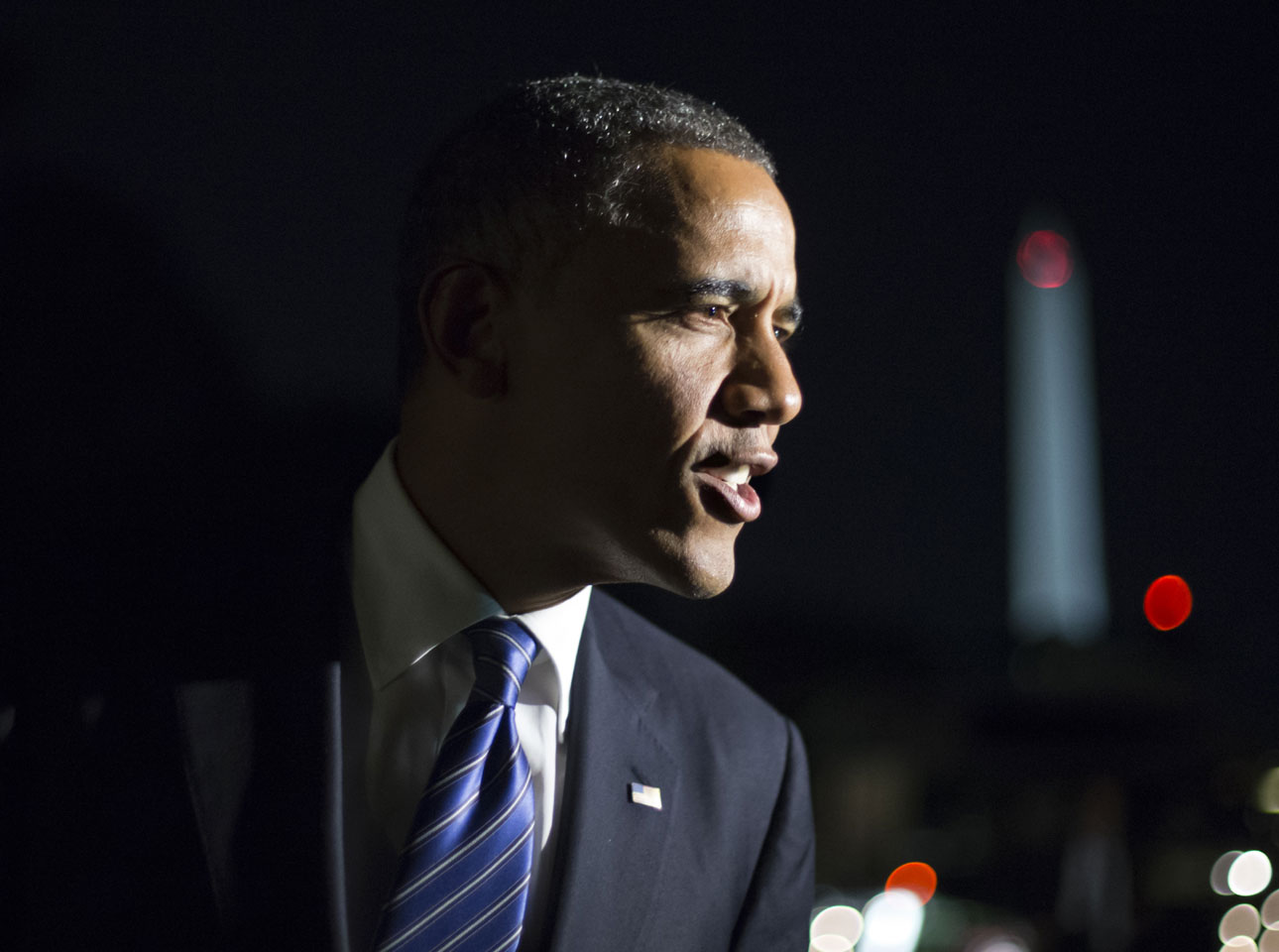 Eager to rebut any sign of slowing momentum in the closing weeks of the race, Obama campaign officials are pushing back forcefully against a new Associated Press-GfK poll that indicates Mitt Romney has erased President Obama's double-digit advantage with women voters.

"If you look at the aggregate of all the polls, what you see is that the president has a very strong advantage among women," White House Communications Director Dan Pfeiffer told reporters during a flight from Tampa, Fla., to Richmond, Va. "In all battleground states, (Mr. Obama) continues to have an advantage everywhere and his support among women is a key part of that."

The new AP/Gfk poll has Mr. Obama and Romney tied among women at 47 percent each. In a previous AP/GfK poll, Mr. Obama had a 16-point edge among women.

Overall, the poll found Romney with a small nationwide lead over Mr. Obama among likely voters, 47 percent to 45 percent.

Pfeiffer argued that polls from all media outlets are becoming less reliable as battleground state voters grow weary of calls from pollsters, noting that the same AP/GfK poll indicates Obama has cut into Romney's lead among men, and now trails among male voters nationally by just 5 points. "It's traditional that more men have been Republican," noted Pfeiffer. "When you see polls that completely run counter to that historical fact, they're probably worth putting in the waste bin."

But not every Obama campaign official has gotten the polls-are-bad memo. Just yesterday, senior adviser David Plouffe highlighted a CBS News poll that showed the president with a five-point lead in Ohio.

"That's not a small number," Plouffe said. "That's what we won in '08 during a landslide in the state of Ohio."

And the Obama campaign has sent out several emails trumpeting a new Time Magazine poll that shows the president with a huge advantage over Romney, 60 percent to 30 percent, among early voters in Ohio.

Strong early voting turnout is key to the Obama campaign strategy, both to signal momentum and to insure that less likely or "sporadic" voters get plenty of encouragement to cast their ballots.

"Democratic primary voters are outvoting Republican primary voters by a wide margin across the state" of Ohio, noted Obama campaign national field director Jeremy Bird in a memo released Thursday. He said state data shows early voters in precincts that went for Mr. Obama four years ago have cast 53,000 more ballots this year than those in precincts where John McCain, his Republican challenger in 2008, was victorious.

Obama campaign officials said they were surprised and pleased by former Secretary of State Colin Powell's endorsement on "CBS This Morning," and Pfeiffer said the president called Powell from Tampa to thank him.

"Colin Powell did not give us any indication of what he was going to do. (The president is) very appreciative. He's an American hero. And I think his critique about Governor Romney's approach on foreign policy is something that, as people make decisions in this election in the remaining 12 days, could certainly have some influence."

Powell, who describes himself as a moderate Republican and endorsed Mr. Obama four years ago, called Romney's foreign policy approach "a moving target" on "CBS This Morning."

"One day he has a strong view about staying in Afghanistan, but then on Monday night he agrees with the withdrawal. Same thing in Iraq....sometimes I don't sense that he has thought through these issues as thoroughly as he should have."

Pfeiffer was also asked about Mr. Obama's use of an expletive in an apparent reference to Romney in an interview with historian David Brinkley for the magazine Rolling Stone. Early excerpts indicate Mr. Obama said, in response to news that a six-year-old supported him, "You know, kids have good instincts...they look at the other guy and say, 'Well, that's a bulls****er, I can tell.'"

Pfeiffer said he had not seen the transcript, but "what is true is that trust is a very important part of this election. The president is someone who says what he means and means what he says. Romney's answers in the debate...raise real questions about that."