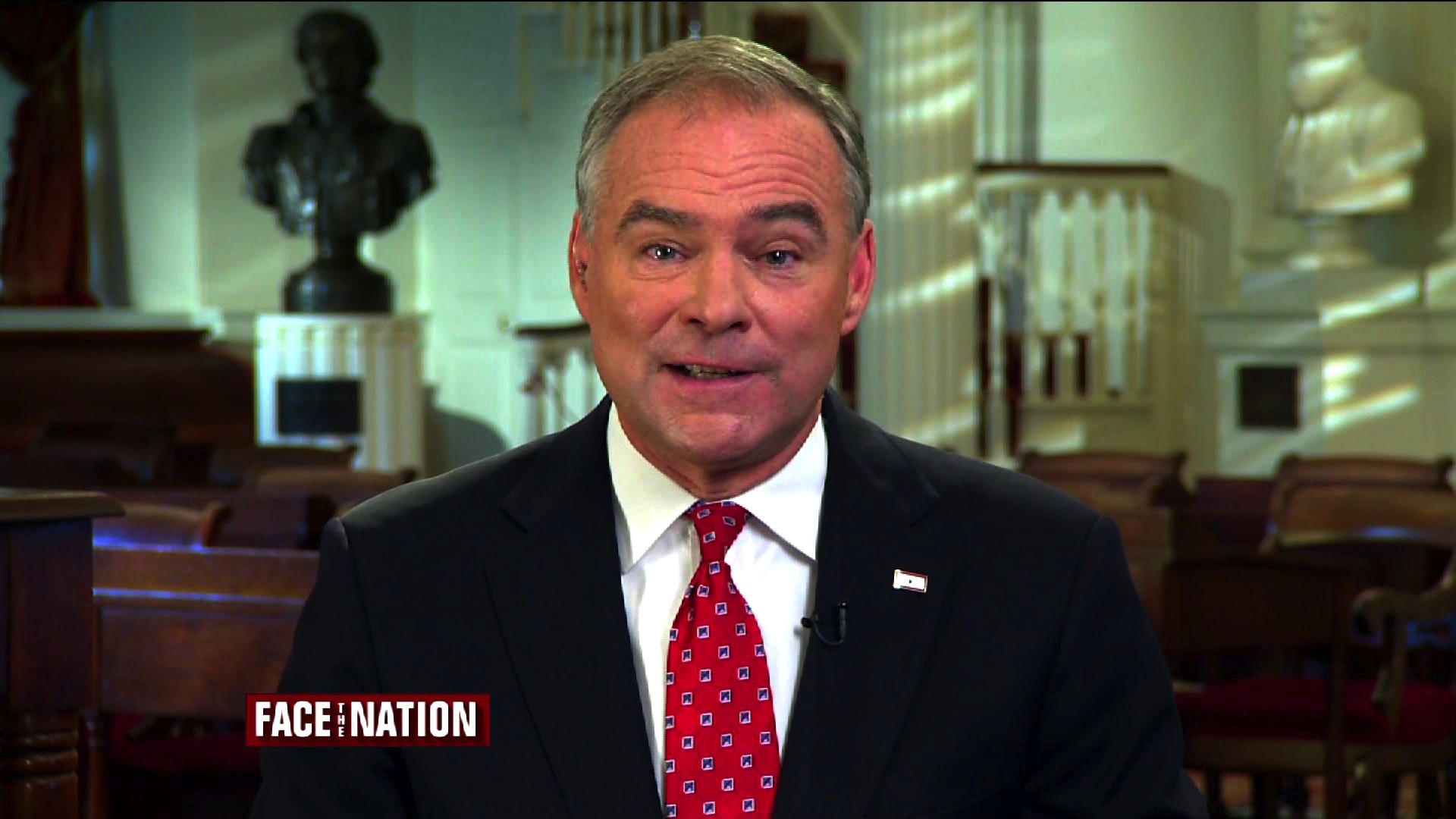 Virginia Sen. Tim Kaine, a Democrat, argued on "Face the Nation" Sunday that President Obama must seek authorization from Congress to carry out airstrikes against the Islamic State of Iraq and Syria (ISIS, or ISIL) in order to comply with the Constitution.

"He does not have the Article Two constitutional authority to do this entire mission without Congress and neither of the authorizations passed by Congress in 2001 or 2002 cover it. We should be debating and voting on this entire mission," Kaine said on CBS' "Face the Nation" Sunday

Kaine said that some of the "culpability" rests with Congress, which left for a recess ahead of the midterm elections on Sept. 18. Kaine noted that is the second-earliest recess before a midterm since 1960, and said that he believes Congress would have voted to give the president the authorization he needs if Mr. Obama had asked lawmakers to come back to Washington.

"We could have given the president, and more importantly we could have given our servicemen and women the strong backing of our political class before we ask them to risk their lives in what could be a very extended mission," Kaine said.

The administration feels differently. In a separate interview on "Face the Nation," Deputy National Security Adviser Tony Blinken said the White House has the authorization it needs from a 2001 congressional resolution that authorized then-President George W. Bush to fight al Qaeda and the Taliban.

House Speaker John Boehner, R-Ohio, said on ABC's "This Week" that he would call Congress back into session if the president wants.

"We would welcome Congress' support," Blinken said in response to Boehner's comments. "We don't require it. We have the existing authorization from 2001; that's the basis for proceeding. But we would certainly welcome Congress showing its support."

Despite the criticism of the president's unilateral actions, Kaine said he supports the strategy the president has laid out to fight the Islamic militants spreading across Syria and Iraq and has authored a resolution that gives him the permission to do that, with some limitations. He also praised the bipartisan coalition that the administration has assembled to fight ISIS.

The resolution "basically tracks with the president's four-point plan," Kaine said, authorizing the U.S. to provide humanitarian aid, carry out airstrikes in Iraq and Syria, search out and destroy ISIS leadership and train and assist ground forces made up of the Iraqi army, Kurdish forces and vetted moderate opposition fighters in Syria.

But it also includes a few limitations, Kaine said, including a sunset provision that would require Mr. Obama to come back to Congress and seek permission to continue operations for more than a year if they last that long, and a repeal of the 2002 authorization for the ground invasion of Iraq, "so we don't have dueling authorizations out there."

Kaine said he also includes a "careful definition of who the target is."

"The notion of kind of we can go after people who perpetrated 9/11 and it's now being used to go after groups that didn't even exist when 9/11 happened suggests we've got to be very careful in how we define who we are at war with," he said.