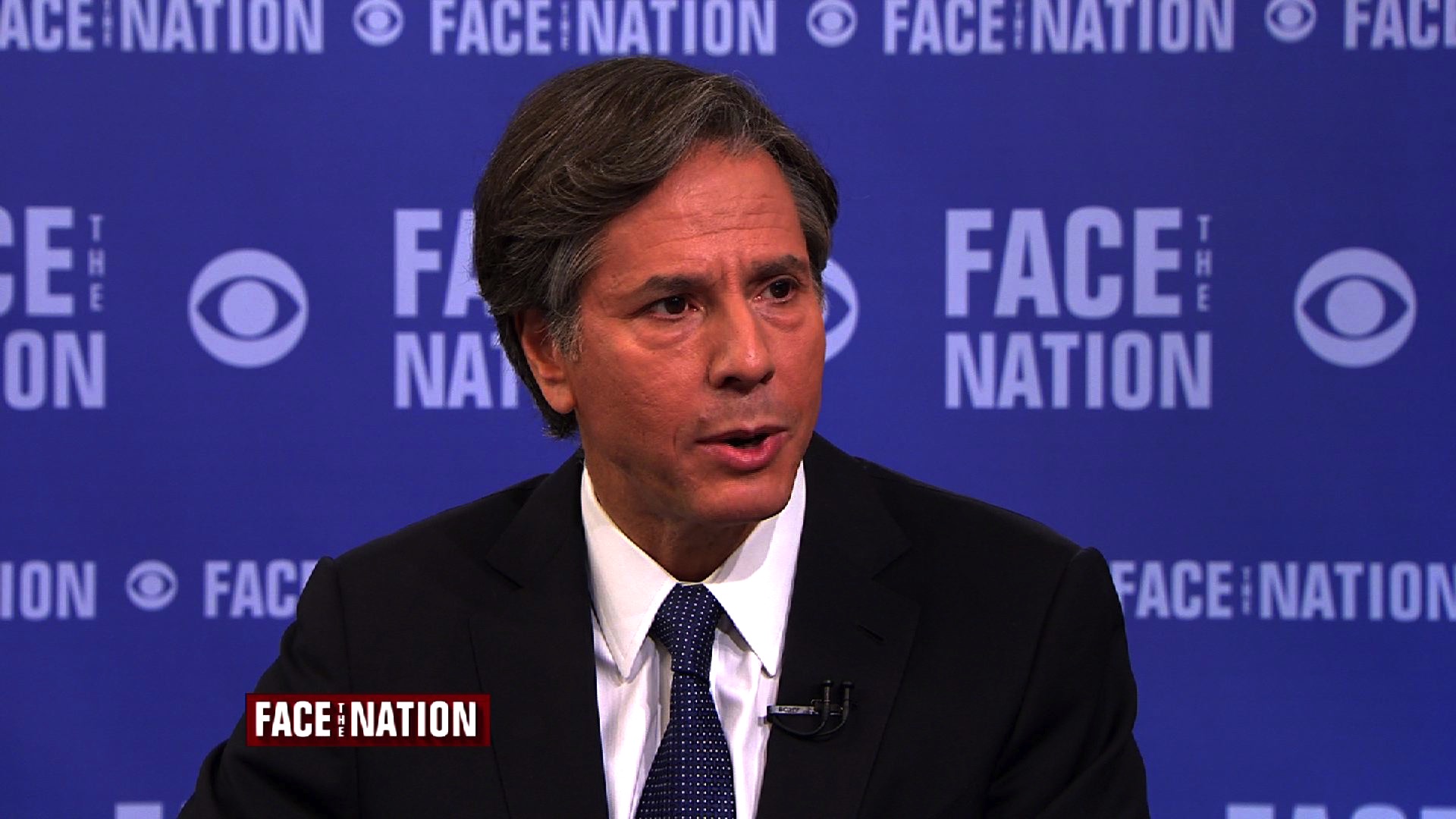 Deputy National Security Adviser Tony Blinken said that President Obama's preference for building an international coalition to combat the Islamic State of Iraq and Syria (ISIS, or ISIL) allows the U.S. to avoid "the al Qaeda trap of putting tens of thousands of Americans on the ground to be bogged down and bled."

"We've been very clear that there will not be U.S. ground invasion of Iraq or Syria. This has to be local forces stepping up and fighting for their own country," Blinken said in an interview on CBS' "Face the Nation" Sunday. "We're not going to repeat what we did before, hundreds of thousands of Americans on the ground in the Middle East, getting bogged down. That's exactly what al Qaeda wants. That's what we're not going to do."

Mr. Obama announced last week that the U.S. had begun conducting airstrikes against ISIS in Syria along with five Arab countries in the region, a fact that Blinken called "a very significant development" in the formation of an international coalition.

As the strikes continue, members of Congress are debating whether the president needs their authorization to continue with the campaign. Blinken repeated what the White House has said all along: it believes Mr. Obama has the necessary authority.

On ABC's "This Week," House Speaker John Boehner said he would bring back Congress to vote on authorization if the president wants it.

"We would welcome Congress' support," Blinken said in response to Boehner's comments. "We don't require it. We have the existing authorization from 2001; that's the basis for proceeding. But we would certainly welcome Congress showing its support."

Blinken would not say whether the U.S. is specifically considering a no-fly zone for Syria, but said that that the administration is looking at a variety of strategies to help roll back ISIS.

"What we're doing is setting back ISIL in Iraq and also in Syria, moving them form their toes to their heels, getting them thinking about protecting themselves instead of killing other people and taking territory. And as we're doing that, building up our local partners and so other ideas that may come into play down the line, we're looking at all of that," he said.