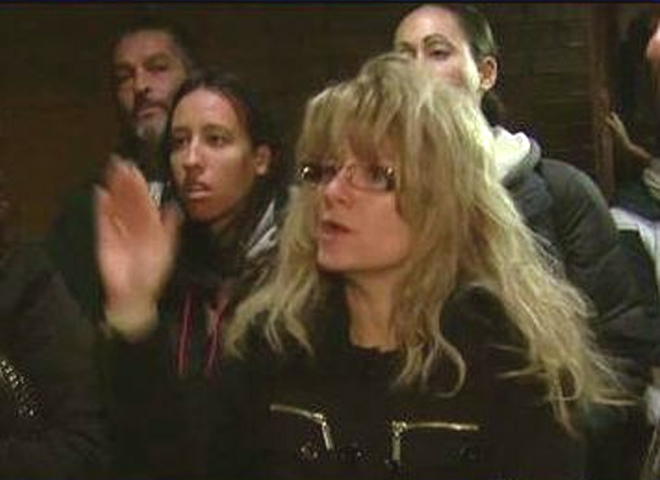 NEW YORK Hundreds of frustrated Sandy victims - buried under a mountain of debt and debris - packed a forum at a Staten Island school seeking answers about their future, reports CBS Station WCBS.

The town hall meeting, held in an auditorium at New Dorp High School and organized by Borough President James Molinaro, brought together representatives of city government and the Federal Emergency Management Agency.

But hundreds of residents were turned away, or forced into adjoining corridors.

"You're out here blocking us from going in to learn what's going on in the community," one woman said.

"They should've made [people] show ID; there are people in there that were not residents affected by the storm," another man vented.

Many from the hard-hit borough came seeking answers about temporary housing, damage to property, health issues, and what is happening with rebuilding efforts one month after superstorm Sandy struck.

"We have three kids; from December 1 we have no place to go," one woman said.

Lisa Porazzo said her home is uninhabitable. "Right now it looks like a big mold pit," she said. "It's devastating to see all of the destruction."

Porazzo got a seat inside the meeting where local, state and federal officials gave brief presentations.

"We've been waiting for Rapid Repairs. They haven't come yet. We still have no heat. They still haven't inspected my home," one person said.

In New York and New Jersey, more than 335,000 homes were damaged or destroyed.