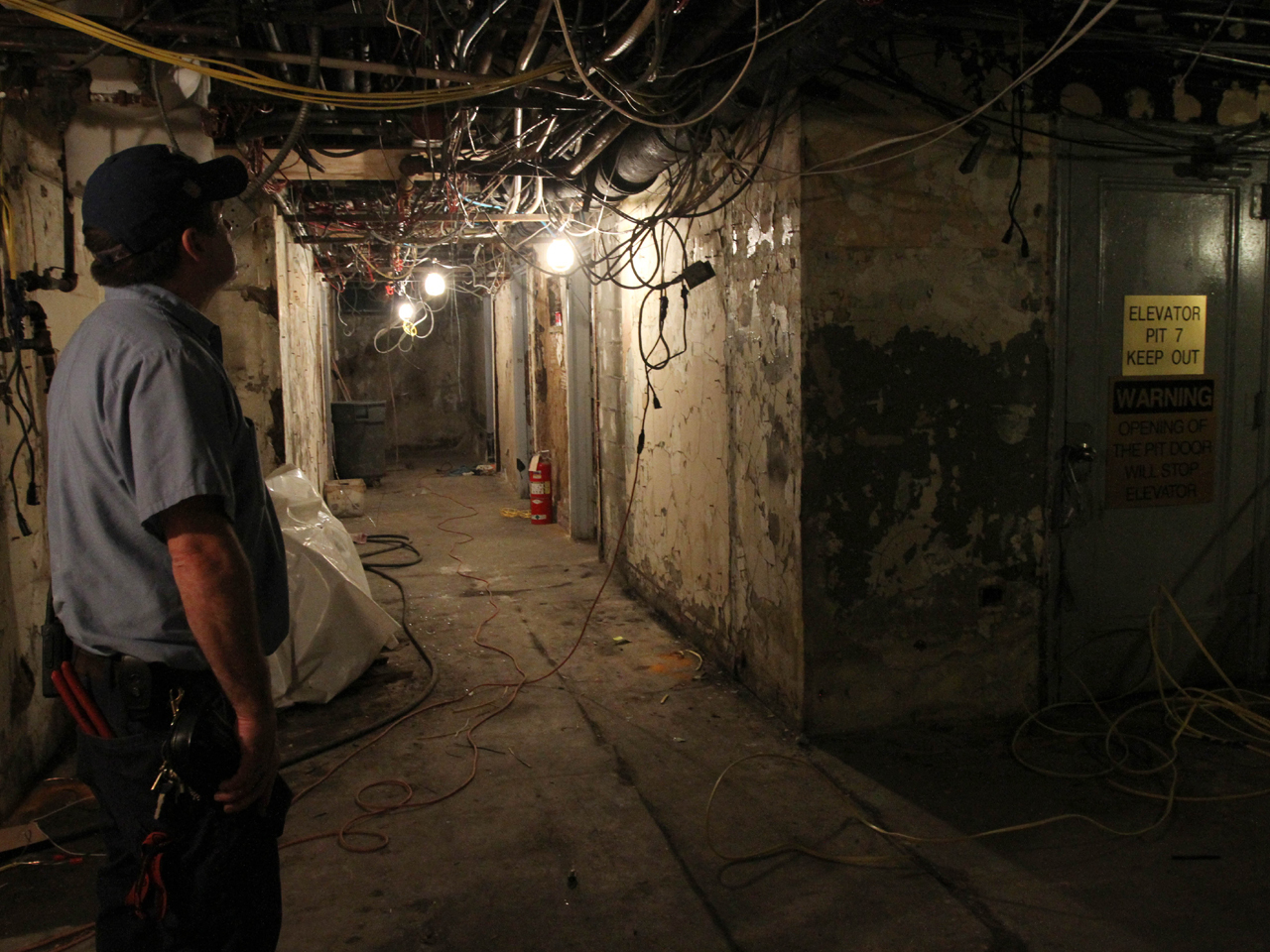 NEW YORK Manhattan's financial district continues to suffer the effects of superstorm Sandy, when surging sea water made electrical panels and other infrastructure unusable, even after flood waters receded.

The area, largely an evacuation zone, was swamped. "There were waves on Wall Street, and it all ended up here," said Mike Lahm, a building engineer who rode out the storm at 120 Wall Street.

Nearly a month after Sandy, some high-rises that are home to investment banks, large law firms and luxury apartments have bounced back. But others remain dark and vacant.

Landlords have warned full power won't be back for weeks, if not months, leaving businesses and residents uncertain about when - or whether - they'll return. JP Morgan Chase, the Daily News and the American Civil Liberties Union are among tenants still operating in satellite locations after getting washed out of their headquarters.

"What you're looking at here is a mass exodus," downtown resident Gail Strum said.

On paper, her assessment sounds too pessimistic. The city Buildings Department declared only nine buildings in lower Manhattan unsafe because of structural damage from the storm, and the power company, Consolidated Edison, says all buildings citywide had access to electricity and steam power by Nov. 15.

A real estate consulting firm that's tracking the lower Manhattan recovery, Jones Lang LaSalle, says 49 of the 183 office buildings in the business district were closed because of mechanical failures. By the latest count, at least half were back in full operation, even if it has meant relying on temporary power. More are expected to follow.

"We see that as a very healthy pace," said John Wheeler, a Jones Lang LaSalle executive.

One success story was 120 Wall Street, a 34-story skyscraper that's home to nonprofits such as the National Urban League and the United Negro College Fund.

Even before Sandy hit, landlord Silverstein Properties secured portable diesel generators. Using a mix of generator power and restored Con Ed service, engineers had the elevators, lights and heat up and running by mid-November.

To the tenants, "It's as if the building's operating normally," said Jeremy Moss, a vice president with Silverstein Properties.

But fearing future flooding, 120 Wall Street and other buildings are facing an even bigger, more expensive job: Moving critical infrastructure to higher floors or even roofs.

The lower Manhattan disarray has also reached the courtroom. Last week, a resident of a still-evacuated luxury high-rise filed a $35 million lawsuit against his condo board and management company, accusing them of "gross negligence" in the wake of Sandy.

The management company, Cooper Square Realty, fired back in a letter from its chief executive, David Kuperberg, claiming that contractors recruited from as far away as Wisconsin and Michigan have been working nonstop to tear out wet walls, carpeting and wallpaper to prevent mold; installing new generators; rebuilding a water pump; and mopping up residue left by oil-tainted salt water.

At South Street Seaport, a cluster of early 19th-century mercantile buildings converted to retail shops and apartments, the tourist area remained a ghost town late last week. Many businesses were still boarded up with plywood.

Some residents have electricity back but no heat or hot water.

One of the few businesses to open its doors, Meade's bar and restaurant, had no customers at lunchtime.

"We're open, but who are we open for?" said 28-year-old bartender Nichole Osborne. "All of my regulars are displaced."

Although subway service in Manhattan has resumed, PATH trains from New Jersey to the World Trade Center have only just today limped back into service, with trains between Newark, Harrison, Journal Square, Grove Street and Exchange Place in New Jersey resuming runs to lower Manhattan.

But less than four hours after the trains returned, CBS Station WCBS reports, a power problem caused PATH service to be suspended. There is no word on when service to lower Manhattan will be restored. The WTC line remains closed on weekends as crews continue to clean up.

The PATH terminal in Hoboken, N.J., is still closed after being badly damaged by flooding, with no date for when it will re-open.