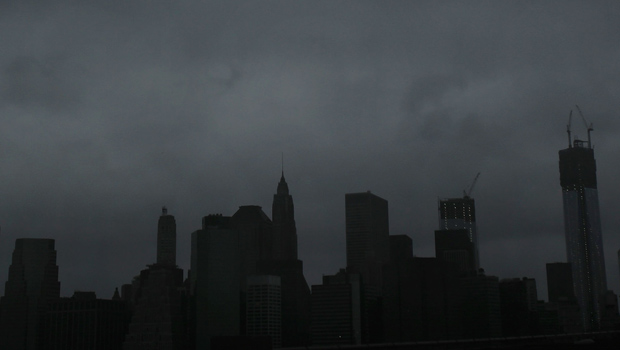 WASHINGTON Superstorm Sandy packed a bigger economic punch than most people had thought.

In its sweep through the Northeast, the storm halted sales at major retailers at the start of the crucial holiday shopping season, closed factories and slowed home sales in one of the most densely populated areas of the country.

On Thursday, for example, Kohl's, Target and Macy's blamed the storm for weak sales in November. Macy's and Nordstrom Inc. reported their first monthly sales drop since late 2009, when the U.S. economy was just emerging from the Great Recession.

Sandy is being blamed for about $62 billion in damage and other losses in the U.S., most of it in New York and New Jersey. It's the second-costliest storm in U.S. history after Hurricane Katrina, which caused $128 billion in damage in inflation-adjusted dollars.

Still, reports this week showed that the economic damage was confined mainly to the Northeast. In other parts of the country, the economy picked up in early November, when many New Yorkers were still without power.

And next year, rebuilding efforts in the Northeast could help jump-start the broader U.S. economy. That's especially true if Congress and the White House reach a budget deal that prevents sharp tax increases and spending cuts from taking effect in January.

Homes must be rebuilt, cars need to be replaced and many people are likely to step up spending once the storm's impact starts to fade. All that would help accelerate growth.

The U.S. economy grew at a moderate 2.7 percent annual rate from July through September, the government said Thursday. Weaker growth is predicted for the October-December quarter.

Sandy shut down businesses from North Carolina to Maine and cut off power to 8 million homes in 10 states. Many people could not go to work and weren't paid for weeks.

Applications for unemployment benefits rose to an 18-month high in the first week of November, driven by a surge in applications in New York, New Jersey, Pennsylvania and Connecticut.

A Federal Reserve survey released Wednesday said economic activity in October and early November slowed from the previous six-week period in three of its banking districts covering territory from Philadelphia to Maine. That contrasted with the Fed's nine other banking districts, which all reported improvement in growth.

"The storm caused bottlenecks in the production process," said Joel Prakken, senior economist at Macroeconomic Advisers. "If you don't have electric power and transportation, you can't do a lot of things."

The lingering damage from the storm is weighing on the economy at a time of great uncertainty caused by the approaching "fiscal cliff." That's the name for automatic tax increases and spending cuts that will take effect without a federal budget agreement.

Most economists predict economic growth will slow to an annual rate below 2 percent in the October-December quarter. And some say the rate will likely be closer to a meager 1 percent. Prakken said the storm could end up lowering the growth rate by a half percentage point.

But by next year, Prakken said cleanup and rebuilding will start to add to U.S. economic growth.

Many analysts say the region is poised to rebound quickly. Economists at the New York Federal Reserve Bank said Thursday that they expect the economy in the New York region to be back on track by early 2013. Recovery in hard-hit New York communities like Long Beach and the Rockaways will take longer, though.

In the first three months of 2013, the economy's growth could rebound to a rate of 2.5 percent, said Nigel Gault, chief U.S. economist for IHS Global Insight. Gault predicts a 0.4 percentage point boost from the rebuilding and other factors related to Sandy.

"We think that growth will improve as we go through 2013, but that is contingent on us not messing things up by going over the fiscal cliff," Gault said.