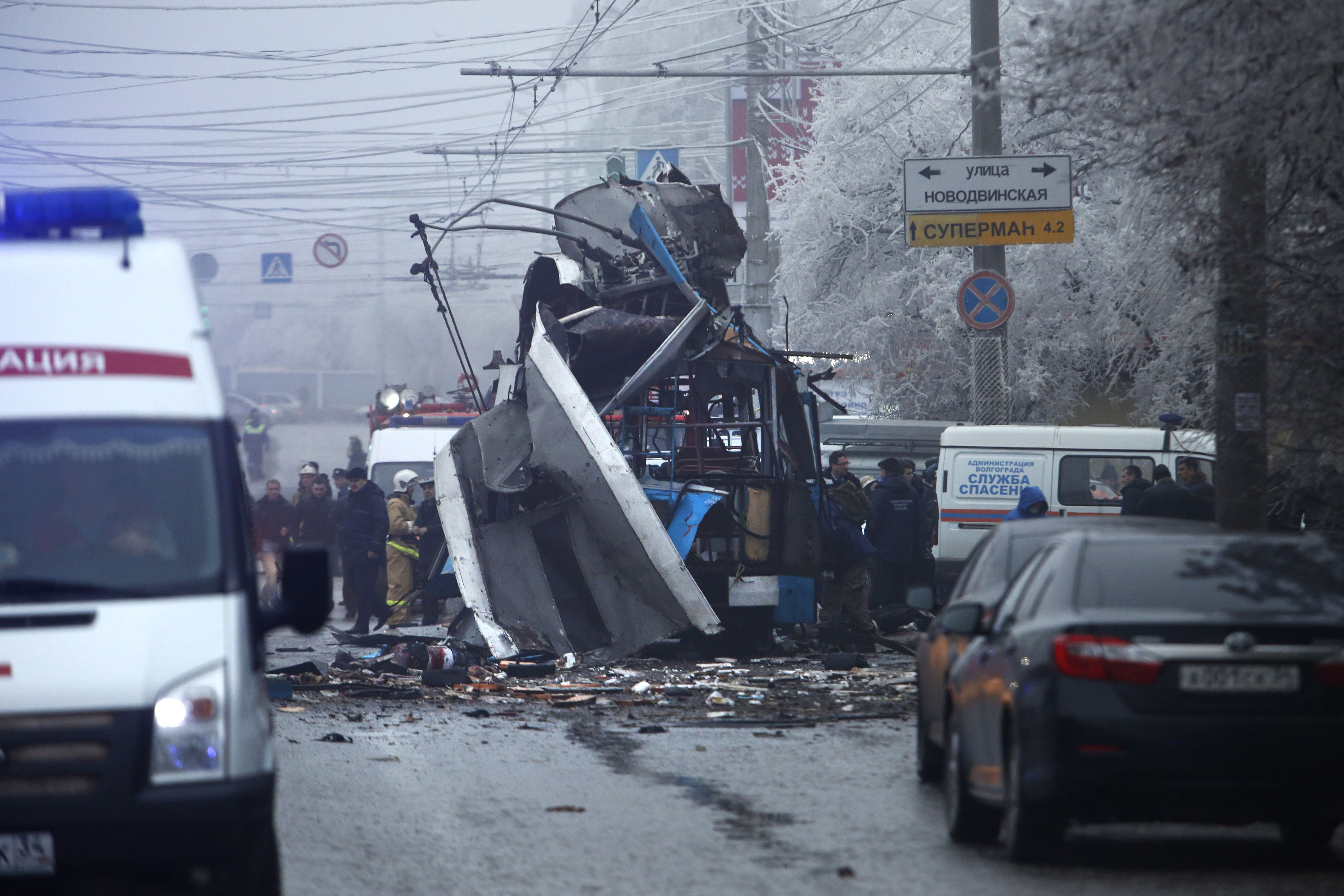 The Russian government – anxious to show that it's taking the deadly bombings in Volgograd seriously – released video of the president and the prime minister meeting to discuss the Kremlin's response. But CBS News correspondent Elizabeth Palmer reports that it's the pictures of the terrorist attacks – and the proximity to Sochi – that will grab headlines.

The first bomb went off in Volgograd's main railway station. A security camera caught the moment of the explosion. Witnesses say it was a suicide attack.

Then - less than 24 hours later - another bomb blew up a Volgograd bus. No one has yet claimed responsibility but Chechen rebels are the main suspects.

And the main target -- the Sochi Winter Olympics.

In a video message in July, the Chechen rebel leader, Dokka Umarov, called on his fighters to stop the Games from being held on what he called "Muslim lands."

Zarate noted that Chechen rebels are famous for using "black widows" – widows of fighters who become suicide attackers. Zarate noted that females brought down two airliners in 2004 (one, ironically, was headed to Sochi) and a woman was involved in the  Volgograd attack two months ago.

This fall, Russia's president Vladimir Putin lit the Olympic torch in Red Square and promised the safest Olympics ever.

But Andrew Weiss, senior Russia scholar with the Carnegie Institute, says he may not be able to deliver.

"I think the Russians are going to be continuing on a war footing, trying to do whatever they can to send a reassuring message to the international community - that they've got this under control, the problem is they've been saying that for the better part of 15-20 years," Weiss said.

U.S. officials and analysts the world over are growing more concerned about Russia’s ability to control security during the Olympics, Zarate reports. While security in Sochi itself will be incredibly strong, Zarate reports terrorist leaders in the Caucus’ and other unstable regions have talked about hitting softer targets nearby like Volgograd.

The history of Chechen terrorism in Russia is a long one. Everybody remembers the 2002 theater siege in Moscow and the school hostage taking in Beslan two years later.

But the attacks have continued, mostly in southern Russia. Two months ago a suicide bomber blew up a Volgograd bus in an attack very similar to this morning's. The attack took place only an hour's plane ride from Sochi - where the Olympics are due to start in just over a month.

"The situation's obviously not under control," Weiss said. "And it's anyone's guess what's going to happen at the Games themselves."