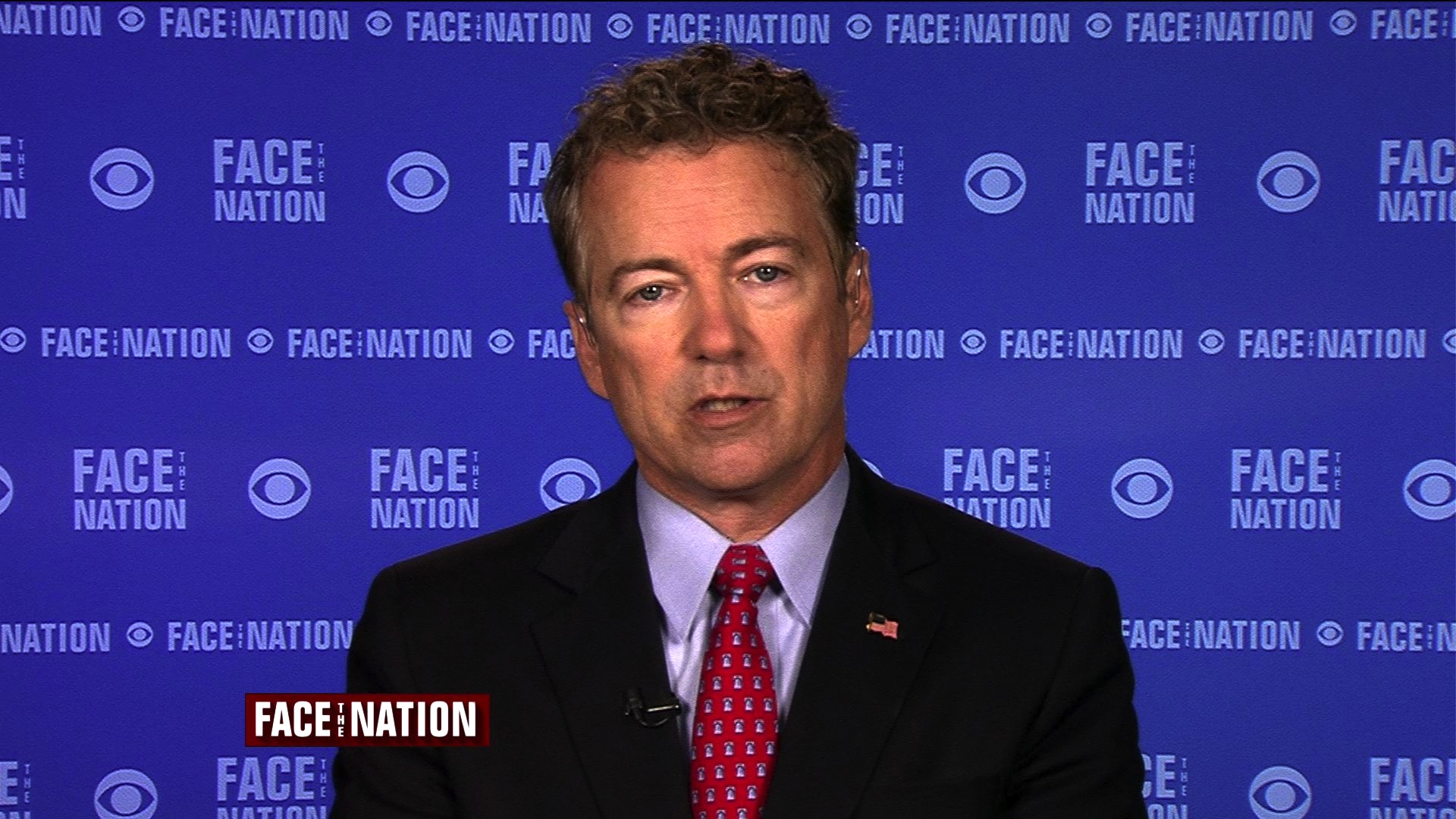 Republican presidential candidate Rand Paul, who is known for his libertarian positions on privacy and government surveillance, pushed back against government officials who say they need more leeway to track would-be terrorists using tools like bulk collection of phone records.

"I think when you have a fearful time or an angry time that people are coaxed into giving up their liberty," Paul, a Republican senator from Kentucky, said.

In June, Congress passed legislation that reformed the National Security Agency's collection of bulk phone records. Instead of allowing the government to collect phone records, the USA Freedom Act requires private telecommunications companies to hold onto that data. The government can then make specific data requests.

"We still have the phone collection program. In the United States, all phone records are still being collected all the time and we still had the attack. And realize that in France they have bulk collection or surveillance of their citizens a thousand-fold greater than what we have, with very little privacy protections. They still didn't know anything" about the Paris attacks, Paul said.

"I don't think we'll be safer, but we may have lost who we are as a people in the process. And I'm going to fight to make sure that doesn't happen," he added.

Paul also weighed in on the suggestion by Republican presidential candidate Donald Trump that the U.S. should be monitoring certain mosques, saying that it would be an overreach to do surveillance on religious institutions.

Instead of attacking Trump, he criticized fellow senator and presidential candidate Marco Rubio for suggesting that the U.S. shut down any institution "where radicals are being inspired."

"I think that's really disqualified Rubio," Paul said. "That would require some sort of religious czar that I think isn't consistent with our freedom."

Paul has also been involved in the debate over whether to admit Syrian refugees to the U.S. amid concern that members of the Islamic State of Iraq and Syria (ISIS) might attempt to infiltrate the U.S. that way.

Paul proposed that the U.S. temporarily stop issuing visas to anyone coming from a country with a "high risk of terrorism" and impose a waiting period for background checks on visas from all other countries.

"I think that for the president to say there's no danger is incorrect," he said.

He added that he supports people who say the U.S. is vulnerable because of its visa waiver program that waives visa requirements for people from certain Western countries.

"There are many French citizens who want to attack their government and attack us and we have no program for screening them. I say they should all come in through global entry, sort of a frequent flier program, where you have to get a background check or they have to wait 30 days. Right now we have nothing in place and I think we are at a great deal of risk from a variety of sources, refugees, but also visa waiver nations," Paul said.

He still does not support using U.S. troops to take the fight to ISIS in the Middle East, arguing that toppling dictators in the region has led to "chaos and the rise of radical Islam."

"What we're going to have to do is the boots on the ground are going to have to be Arab and you're going to have to have Sunni Muslims defeating Sunni Muslims," Paul said. "What we have to do is we do need a cease-fire in Syria and probably Russia's going to be part of that solution if we're willing to talk with them. But we also need to engage Turkey on one side, we need to engage the Kurds on one side, we need to get the Baghdad Army to become less of a sectarian Shiite army. And when you include significant Sunnis in that army, when they go into the lands that have been captured by ISIS, then it will be Sunni Muslims coming into those towns and recapturing them. Nothing else is really ever going to cause a lasting victory."