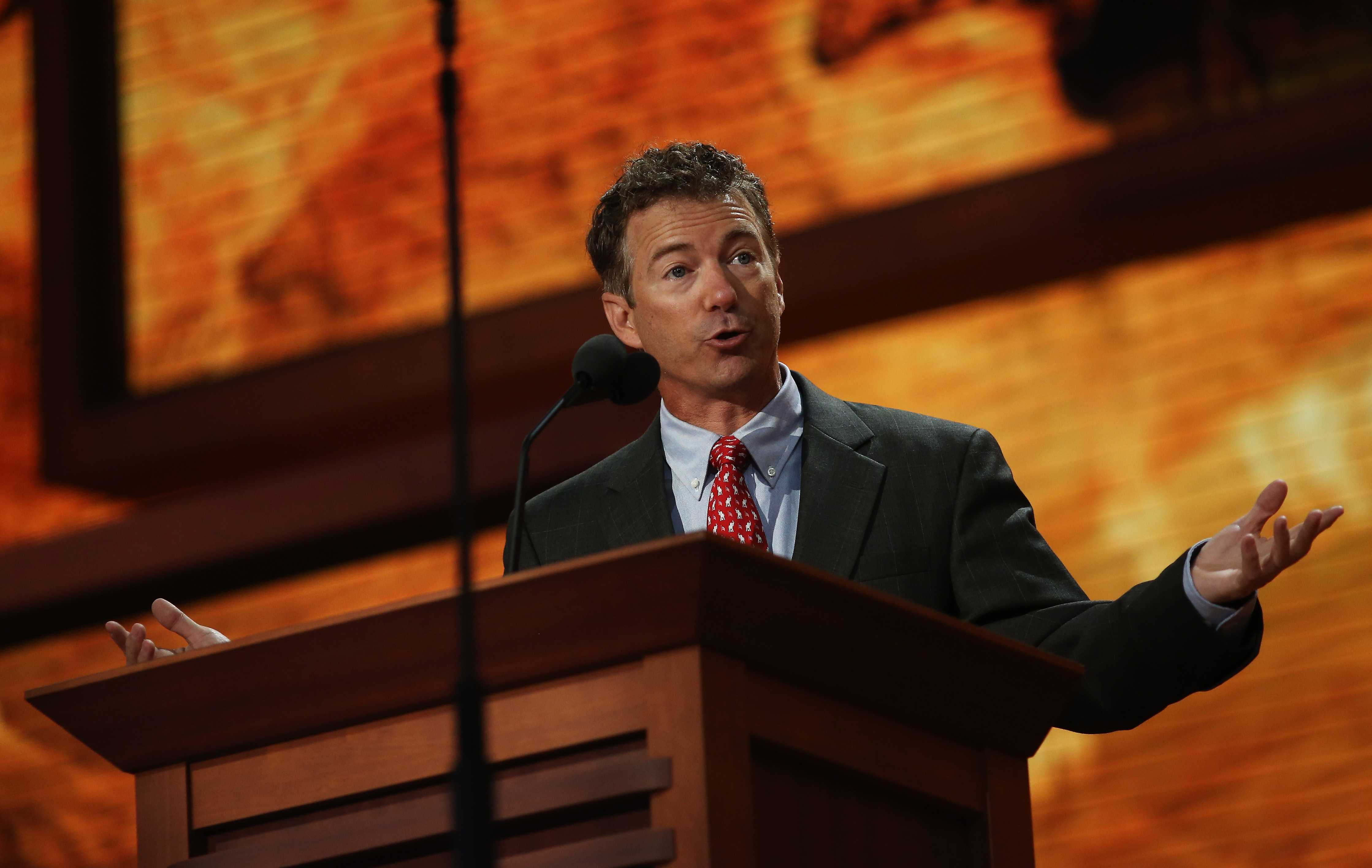 "Anyone who so fundamentally misunderstands American greatness is uniquely unqualified to lead this great nation," Paul said.

Paul continued the theme of the first night of the convention, "we built it," by focusing most of his speech on the president's "you didn't build that" remarks, where he said teachers, roads and others helped aid in a person's success.

"The engine of capitalism -- the individual -- is mightier than any collective," Paul said.

Paul is the son of Rep. Ron Paul, R-Texas, the three-time presidential candidate and leader of a libertarian-rooted movement that attracted support during the 2008 and 2012 presidential primaries with the message of limited government, limited foreign intervention and a return to the gold standard.

Ron Paul, who never endorsed Mitt Romney, refused an invitation to speak at the Republican convention because, in part, he would have to clear his speech with the Romney campaign. Instead, a video was shown honoring Paul, who is retiring from politics after his term ends in January, as the Tea Party "before there was a Tea Party."

The video featured clips of Paul saying he "was surprised he ever won" an election because he thought his message too out of the mainstream. "You can't keep printing money...You have to cut some spending. We spend too much. We borrow too much," Paul said in the video.

On Tuesday, Paul's delegates protested during the roll call, the official nomination process, angry over changes in the GOP rules that resulted in the delegates being stripped of their seats.

Although he received thunderous applause as he took to the podium, Rand Paul still has some work to do to convince his father's backers that he's ready to step into his father's shoes.

"It's yet to be seen," Mark Willis of Maine told CBSNews.com. "He needs a lot more votes under his belt first."

Rand Paul mentioned Romney only once during his speech and it was near the end.

Additional convention speeches:
Rice: "An election of consequence"
Ann Romney: "You can trust Mitt
Paul Ryan: "We will not duck the tough issues"

"I believe that someone is our nominee: Governor Mitt Romney."

Paul's speech was approved by the Romney campaign and he largely stayed away from his common platforms, including ending the Federal Reserve, abolishing the Transportation Security Administration and the Department of Education.

He did, however, have one line that differed from Romney's platform, in which he talks about his support for increasing military funding.

"Republicans and Democrats alike must slay their sacred cows. Republicans must acknowledge that not every dollar spent on the military is necessary or well-spent."