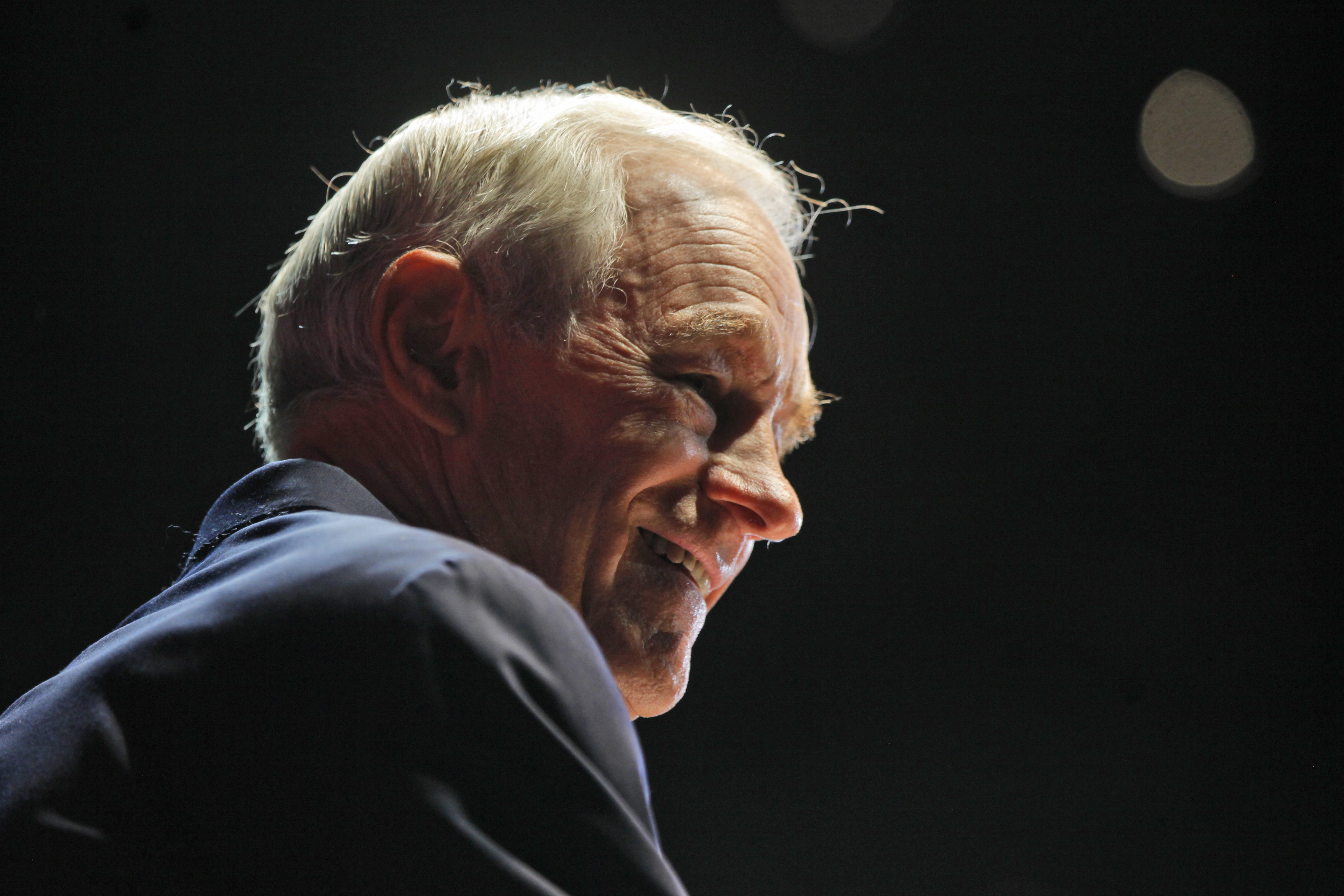 (CBS News) TAMPA, Fla. - Ron Paul, who turned down an offer to speak at the Republican National Convention here because he would not allow organizers to approve his speech, addressed several thousand supporters a few miles from the convention site on Sunday.

Paul's likely final speech as a presidential candidate was an opportunity for the libertarian-leaning Texas congressman and his followers to send a message to the politicians, delegates, and media gathered here this week to take them seriously.

Speaking at the Sun Dome basketball arena at the University of South Florida, Paul opened with a quip about the Republican refusal to let him speak without a filter. Convention organizers, he claimed, "changed their mind" and decided to allow him to speak for "a whole hour and I can say anything I want - tomorrow night." Tomorrow was supposed to be the first night of the convention, but the program was cancelled due to Tropical Storm Isaac. Added Paul, with a laugh: "Just joking."

Much of the crowd stayed standing throughout Paul's speech, which centered on his longtime themes of "personal liberty" and smaller government. Thunderous applause erupted into chants of "End the Fed" when Paul called for the Federal Reserve to be eliminated.

The rally, titled "We Are The Future," comes at a critical juncture for the Paul-led movement to shift the GOP in a more libertarian direction. Paul, the three-time presidential candidate who pushed his once-fringe ideas into the Republican mainstream, is retiring. He has left the movement with a successor waiting in the wings - his son, Kentucky Sen. Rand Paul - but it is not clear what direction the movement will take when Ron Paul leaves the national scene.

Rand Paul was highly touted in a three-minute video at Sunday's rally. When Rand Paul took to the podium to introduce his father, chants erupted of "Paul '16" - a reference to a possible Rand Paul presidential run in 2016. During his short speech, Rand Paul praised his father for popularizing the libertarian message and discussed some of his top concerns, including the Transportation Security Authority (TSA).

Pau told the crowd a story of the time he held he up a picture of a girl from Kentucky being patted down by a TSA agent. He said the TSA justified past searches of children -- which have now been banned - by citing a girl from Kandahar who was caught with explosives. "This girl is not from Kandahar, she's from Bowling Green, Kentucky," Paul said.

Some in the crowd said they would not support Mitt Romney in November in part because the way Ron Paul and the movement had been treated by the Republican establishment. Paul was denied the chance to offer an unvetted speech despite the fact that numerous states sent delegations to the convention dominated by Paul supporters. (Rand Paul does have a speaking slot.) One woman wore a shirt that read "Let Ron Paul Speak."

Calvin Lee, who traveled to Florida from Los Angeles to hear Paul's speech, said he felt "betrayed" by the Republican Party. "Every time you get betrayed by the party, it makes you want to stand up," the 26-year old added.

"They didn't earn my vote or my respect," Erick Cardona, who just moved to Florida from Arizona, said of the GOP.

As the giant video screen behind him showed images of the Constitution, he criticized the war on drugs, government regulations limiting access to raw milk and the fact that it is illegal to use hemp to make rope. He said people "in a free society" can make decisions about "what things you smoke, drink or eat."

People "have to assume the consequence of their actions," he added.

Paul also criticized the United Nations and American intervention in Iraq and Afghanistan.

"The American people want us out and they want to bring the troops home," he said.

Paul added that his critics have suggested that "the revolution will not be happening."