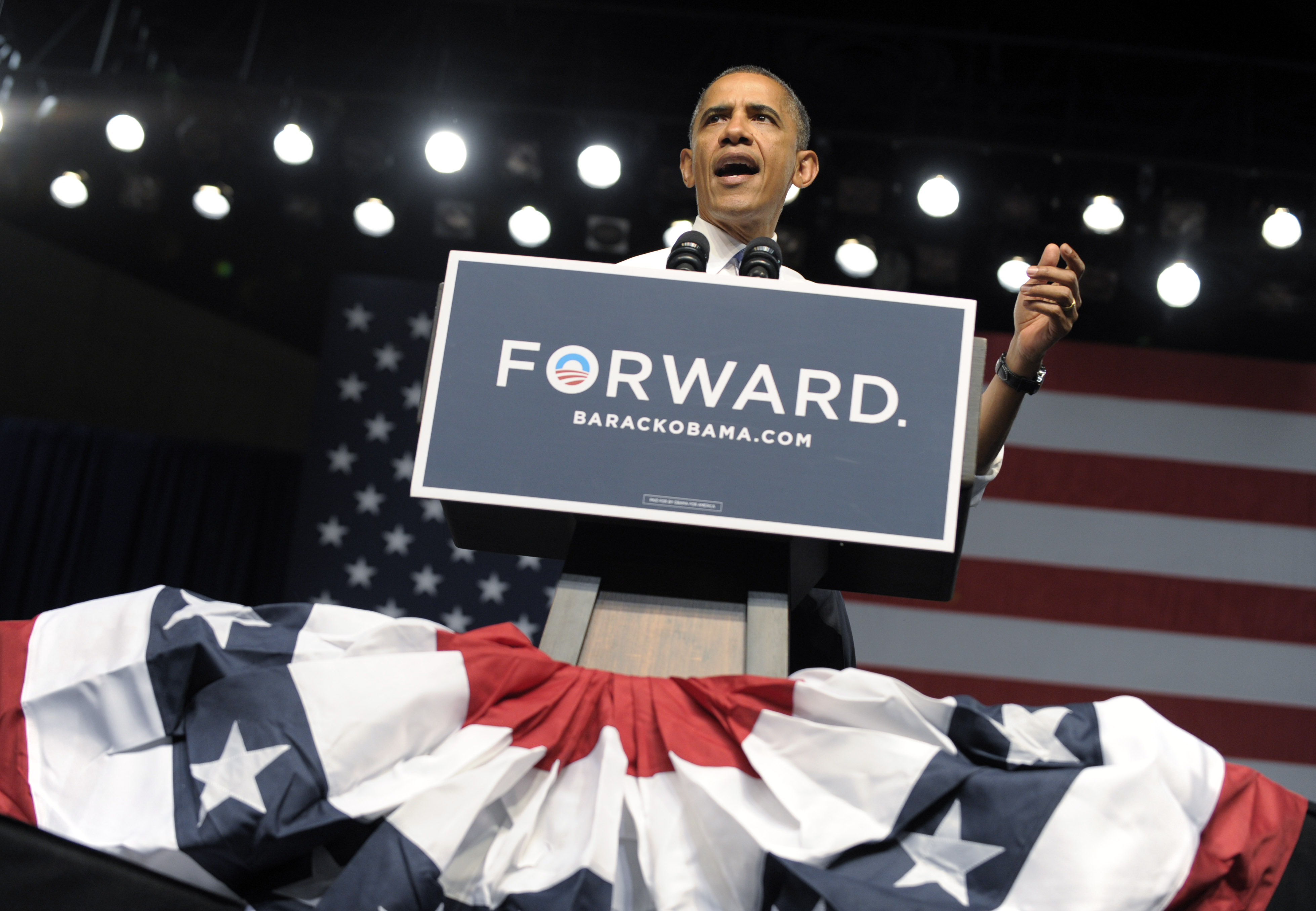 Romney this week has hammered Mr. Obama for remarks he made last Friday in Virginia, where he argued that successful businesses rely on public resources funded by the government.

"If you were successful, somebody along the line gave you some help," Mr. Obama said. "There was a great teacher somewhere in your life... Somebody invested in roads and bridges. If you've got a business -- you didn't build that. Somebody else made that happen... The point is, is that when we succeed, we succeed because of our individual initiative, but also because we do things together."

Charging that Mr. Obama doesn't support free enterprise, Romney and Republicans have focused this snippet of his remarks: "If you've got a business -- you didn't build that. Somebody else made that happen." Romney said Tuesday that the president's comments were "insulting to every entrepreneur, every innovator in America."

Today, the president is expected to offer a "counterpunch," a senior administration official tells CBS News.

"As he has many times before, the president will talk about his longtime belief in the drive and ingenuity of the American worker and his ongoing commitment to ensuring entrepreneurs and small businesses have the tools they need to succeed," the official said. "He will also highlight how Mitt Romney's economic agenda would be devastating for small businesses."

On Thursday, Mr. Obama's re-election team released a web video highlighting the fact that Romney himself has said before that successful individuals rely on the help of their community.

However, that didn't stop the Romney campaign from releasing its latest television ad on Friday (watch at left) that focuses on Mr. Obama's remarks. "Through hard work and a little bit of luck we built this business," a small businessman says in the new ad. "Why are you demonizing us for it?"

UPDATE: The president's campaign announced later that it has canceled one of Mr. Obama's two Florida campaign events in the wake of the mass shooting in Aurora, Colorado. The president will address the shooting at his stop in Ft. Myers but will then go back to the White House rather than stopping in Winter Park, Florida.

O'Rourke to Abbott at Uvalde presser: "You are doing nothing"
Stephanie Condon