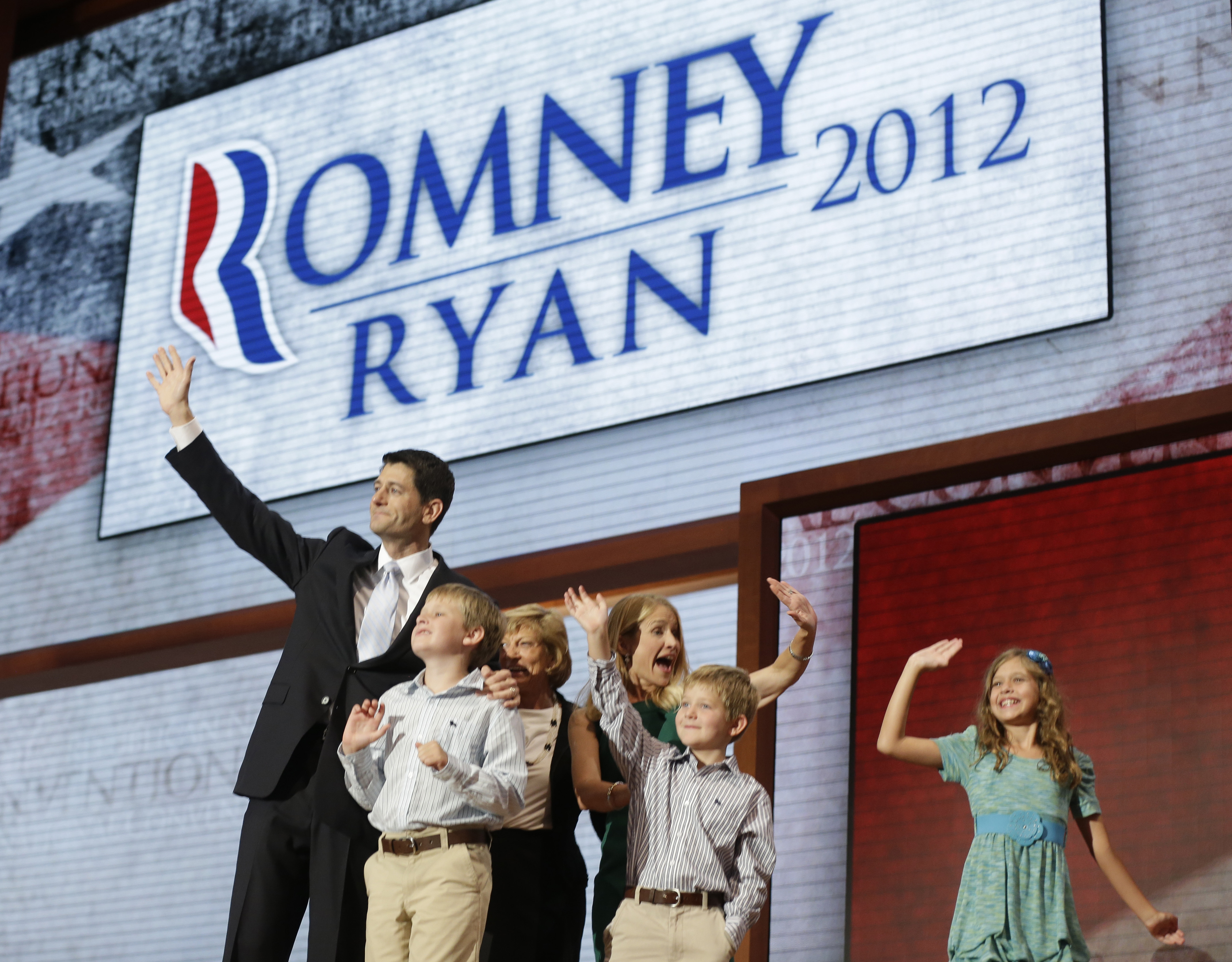 (CBS News) TAMPA, Fla. - In a rousing speech at day two of the Republican National Convention, vice presidential nominee Paul Ryan on Wednesday formally accepted his spot on the ticket, calling on voters to give America a "turnaround" - and pledging that if elected to the White House, he and Mitt Romney will not "duck the tough issues" but "take responsibility" for the nation's future.

The Wisconsin congressman, speaking before a fervent crowd, lambasted President Obama for "shifting blame" and "throwing away money" before speaking earnestly about the need to face the nation's tough issues through "good-faith reforms and solutions."

"I'm the newcomer to the campaign, so let me share a first impression. I have never seen opponents so silent about their record, and so desperate to keep their power," he said. "Ladies and gentlemen, these past four years we have suffered no shortage of words in the White House. What's missing is leadership in the White House. And the story that Barack Obama does tell, forever shifting blame to the last administration, is getting old. The man assumed office almost four years ago - isn't it about time he assumed responsibility?"

Additional convention speeches:
Rand Paul: Obama is "uniquely unqualified" to lead
Rice: "An election of consequence"
Ann Romney: "You can trust Mitt"
Paul Ryan: "We will not duck the tough issues"

After launching into an attack of Mr. Obama's health care plan, Ryan's speech was interrupted by a protestor, who shouted "my body, my choice!" and held up a bright pink sign reading "VAGINA" before being escorted by security.

Despite the disruption, Ryan pivoted confidently on to address his vision for America: Touting his "heartland" roots and middle-class upbringing, the seven-term congressman emphasized his mother's own struggles as his source of commitment to the middle class, wiping a tear from his eye as he paid her tribute. (Ryan was not the only man in the room to cry on Wednesday; Wisconsin Governor Scott Walker was also spotted shedding a tear.)

"Behind every small business, there's a story worth knowing," he said. "A lot of heart goes into each one. And if small businesspeople say they made it on their own, all they are saying is that nobody else worked seven days a week in their place."

Hitting on a Republican refrain that's become ubiquitous in recent weeks, he added: "Yes, you did build that."

Defending his controversial Medicare overhaul, which would transform the nation's popular entitlement system into a voucher system, Ryan embraced impending debate over the issue.

"In this election, on this issue, the usual posturing on the left isn't going to work. Mitt Romney and I know the difference between protecting a program, and raiding it," he argued. "Ladies and gentlemen, our nation needs this debate. We want this debate. We will win this debate."

Despite the obvious distinctions between himself and Romney - Ryan pointed out their differences in faith, career paths, and taste in music - the vice presidential hopeful stressed commonalities in "the things that matter."

"A generation apart," he said. "That makes us different, but not in any of the things that matter."

"The right that makes all the difference now, is the right to choose our own leaders. And you are entitled to the clearest possible choice, because the time for choosing is drawing near," he said. "So here is our pledge. We will not duck the tough issues, we will lead. We will not spend four years blaming others, we will take responsibility.