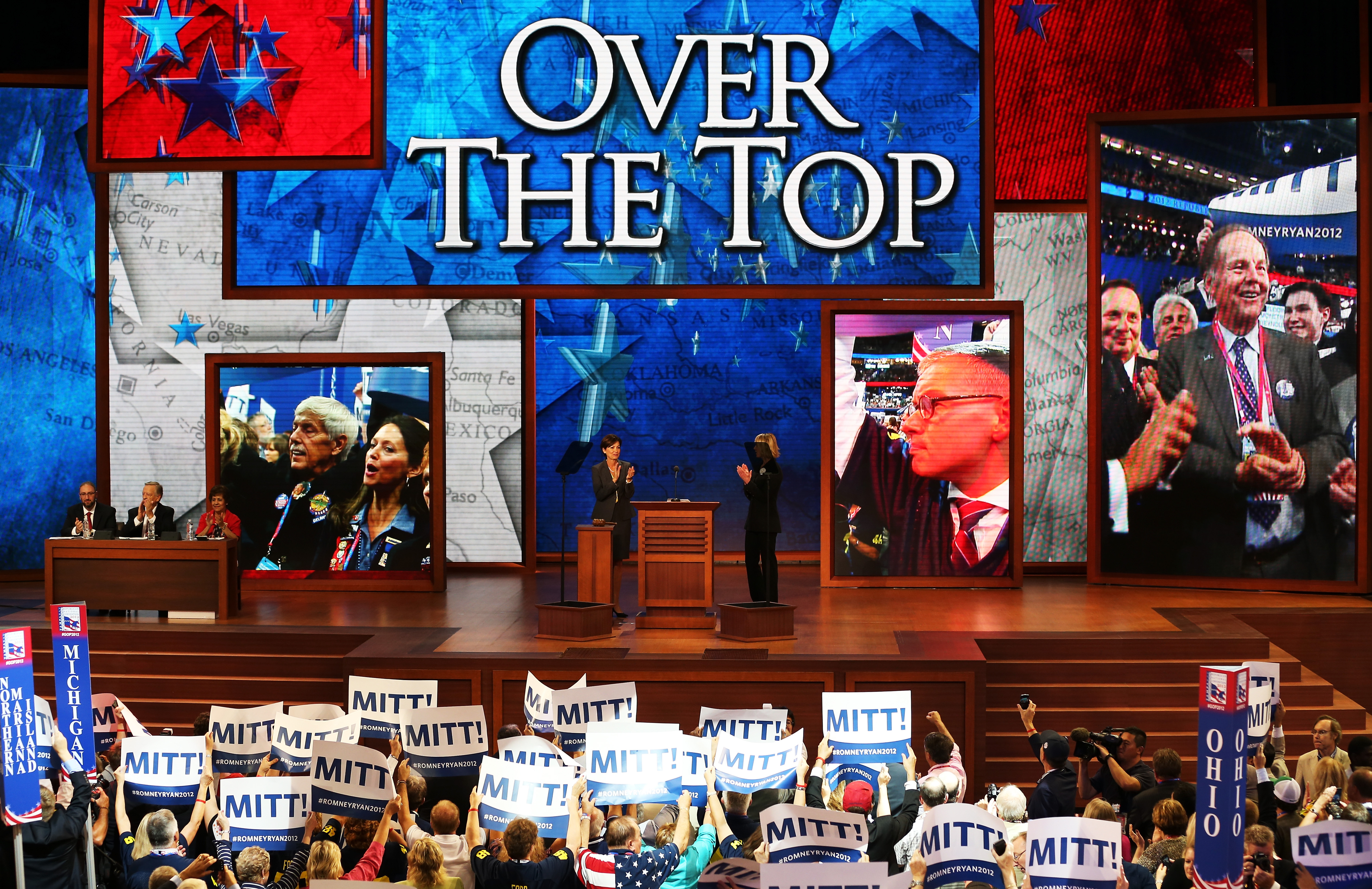 (CBS News) TAMPA, Fla. - Capping a nominating process that began in January, delegates at the Republican National Convention took the next step Tuesday evening in choosing Mitt Romney as their presidential nominee.

Even though the party is going through the roll call process to nominate Romney and his chosen running-mate Paul Ryan, they won't officially be the party's nominees until Thursday.

A Romney campaign official explained that they're holding off on officially nominating the duo in order to take advantage of a campaign fundraising loophole and postpone spending their general election funds until as late as possible. The moment they are nominated, they are officially running in the general election in the eyes of the Federal Election Commission and that's when they begin to dip into his campaign's deep pockets - estimated to be upwards of $150 million - for the final stretch.

Controversy erupted during the adoption of party rules Tuesday. Supporters of Paul objected and caused a commotion over a rules change and the rejection of a motion to seat Maine's delegates. Half of the state's delegates, which unanimously backed Paul, were stripped of their seats and replaced with Romney supporters.

Chants of "let them sit" briefly erupted on the floor, but the presiding officers, including House Speaker John Boehner, R-Ohio, ignored the protest and continued with proceedings. After Paul backers lost the voice vote over the Maine delegates and a rule change, applause erupted from the other delegates.

Despite the displeasure among the Paul backers, that is likely to be the only contentious point during the convention, which continues into the night and through Thursday with speakers framing a tightly-scripted message highlighting Romney and his running mate Paul Ryan. Ann Romney speaks tonight at 10 p.m. ET "about love," a senior Romney campaign official said, and New Jersey Gov. Chris Christie will deliver the keynote and is expected to energize the crowd.