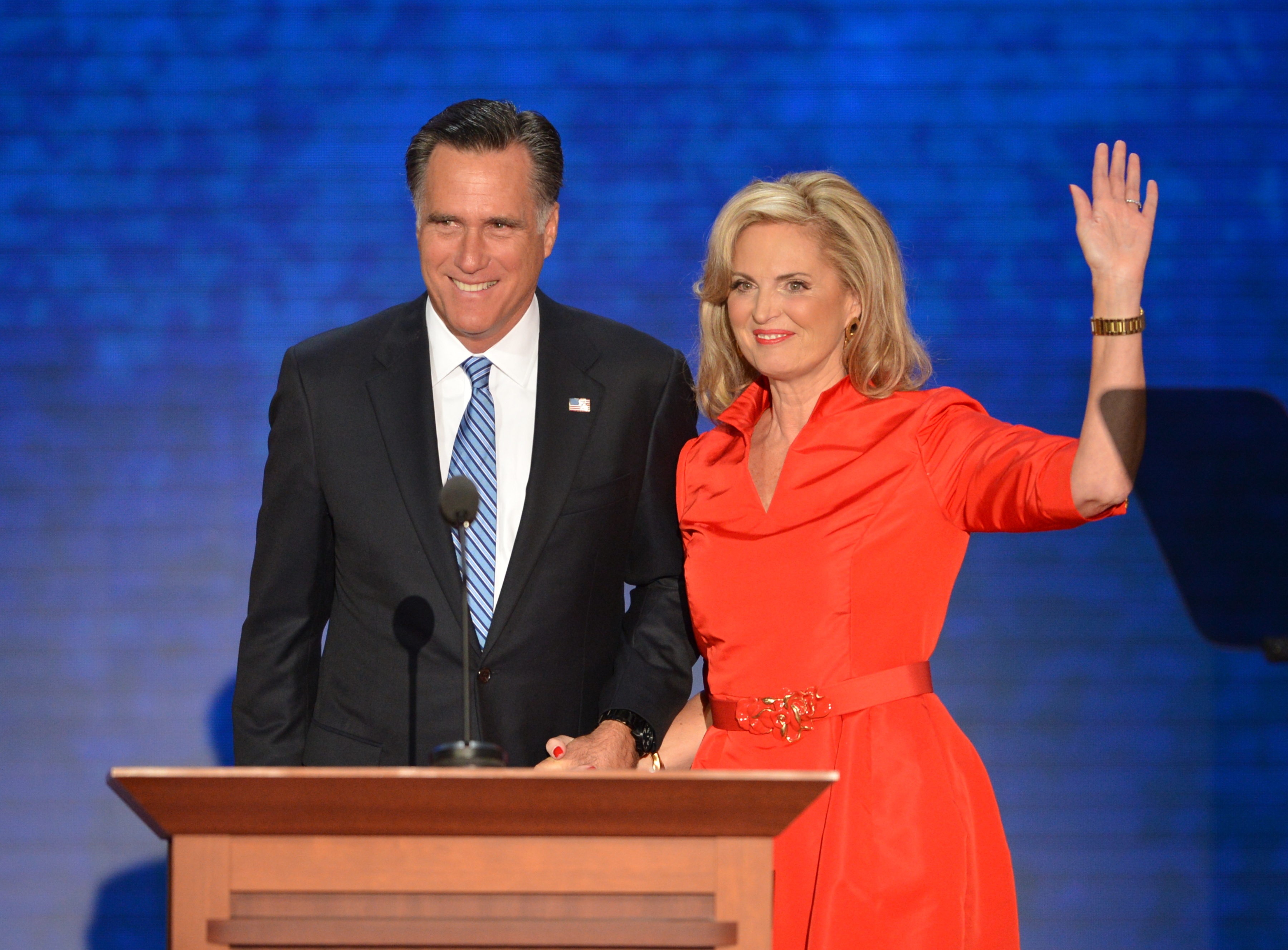 (CBS News) TAMPA, Fla. - In a much-anticipated speech to the Republican convention, Ann Romney set out to show voters a more personal side of her husband, Mitt Romney, but at the top of her remarks, she deviated from her script to reference Hurricane Isaac, which made landfall in Louisiana tonight.

We "hope and pray that all remain safe and no life is lost and no property is lost," she said.

The goal of Ann Romney's speech was to help soften the image of her husband and she delicately touched on a side of him that he has somewhat deliberately hidden from view.

After taking the stage to a standing ovation, the crowd hushed to hear her say that Mitt Romney "was not handed success," insinuating that his success was hard-fought and well-deserved.

"He built it," she said, referring to the event's Tuesday night theme, which is a reference to a remark President Obama made at a rally in Virginia last month where he said, "If you were successful, somebody along the line gave you some help," adding "you didn't build that. Somebody else made that happen."

Taking the opposite approach of the political speeches that preceded hers, which drew out the differences between Romney and his challenger President Obama, Ann Romney focused less on politics and more the personal side of Mitt Romney. She talked about "the one great thing that unites us."

Her speech is a clear effort to bridge the empathy gap Romney has with voters. A new CBS News poll revealed only 41 percent of voters think Romney understands their problems compared to 54 percent who feel President Obama does. Romney's lack of personal appeal is a consistent pattern Romney has faced throughout the campaign as voters have said he is less likeable and personable than Mr. Obama.

Romney has been working on the speech for the past couple of weeks and that the goal of her speech was for Americans to feel a connection to her husband.

Mitt Romney flew to Tampa for the evening for Ann Romney's speech. Before the speech, the couple sat on a couch off stage watching the convention on Fox News, according to pool reports.

Looking to appeal to women voters, with whom Mr. Obama has a distinct advantage, Ann Romney spoke directly to women.

"You're the ones who always have to do a little more," she said, calling out to mothers, grandmothers, sisters and daughters. "You know what it's like to work a little harder during the day to earn the respect you deserve at work and then come home to help with that book report which just has to be done."

"We don't want easy. But these last few years have been harder than they needed to be," she said, invoking the economic issues that Republicans say are most important to women voters.

"You are the hope of America," she added, referring to President Obama's 2008 campaign slogan: hope.

Romney talked mostly, however, about her 42-year marriage to the Republican presidential candidate.

"I read somewhere that Mitt and I have a 'storybook marriage,'" she said, adding the realities of a long partnership. "Well, in the storybooks I read, there were never long, long, rainy winter afternoons in a house with five boys screaming at once. And those storybooks never seemed to have chapters called MS [multiple sclerosis] and breast cancer."

"A storybook marriage? No, not at all. What Mitt Romney and I have is a real marriage," she said.

Ann Romney said the Mitt Romney she knows is the person most qualified to run the country.

"[L]et me say this to every American who is thinking about who should be our next President: No one will work harder, no one will care more, no one will move heaven and earth like Mitt Romney to make this country a better place to live."

"This man will not fail," she added.

"You can trust Mitt."

After wrapping up her remarks, Mitt Romney walked out on stage and hugged and kissed his wife as the old Temptations tune "My Girl" played in the background.