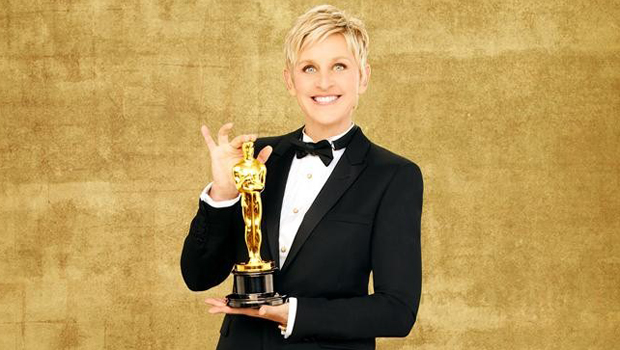 On the eve of the much-anticipated Oscar nominations announcement ceremony on Thursday morning, we've taken a look at which stars viewers should expect to hear when the names are read.
Last year marked a prolific time in the history of cinema as a slew of highly-acclaimed films hit theaters. That makes for an embarrassment of riches when it comes to predicting the nominees, with dozens of actors receiving Oscars buzz.
There are three surefire shoo-ins for the best picture category -- "12 Years A Slave," "Gravity" and "American Hustle." Other possible contenders include "Captain Phillips," "Her," "The Wolf of Wall Street," "Philomena" and "Nebraska." "August: Osage County," "Saving Mr. Banks" and "Lee Daniels' The Butler" make up the long shots.
It's anyone's guess who will end up in the best actor category, a highly competitive field made even more so in a banner year for film and screen-acting. The top two favorites seem to be Robert Redford for his almost completely silent performance in "All Is Lost" and Bruce Dern in Alexander Payne's "Nebraska." Redford and Dern are both 77 and neither star has ever received an acting Oscar. Chiwetel Ejiofor has also attracted lots of mention for his harrowing turn in "12 Years a Slave."
Other possibilities include Forest Whitaker for "Lee Daniels' The Butler," Matthew McConaughey for "Dallas Buyers Club," Christian Bale for "American Hustle," Leonardo DiCaprio for "The Wolf of Wall Street," Oscar Isaac for "Inside Llewyn Davis," and Tom Hanks for "Captain Phillips" or "Saving Mr. Banks."
Several previous Academy Award winners are making up the list of most talked-about names for the best actress category. In fact, there's a chance that every nominated actress will already have an Oscar. The nominees could include Amy Adams for "American Hustle," Meryl Streep for "August: Osage County," Emma Thompson for "Saving Mr. Banks," Sandra Bullock for "Gravity" and Judi Dench for "Philomena." The actress receiving the most buzz has been Cate Blanchett for her performance as a woman on the verge of a breakdown in Woody Allen's "Blue Jasmine."

"Dallas Buyers Club" star Jared Leto seems to be the top contender for the supporting actor field. Leto lost nearly 40 pounds to play the part of a transgender HIV patient. Other possibilities include Barkhad Abdi for "Captain Phillips," Jonah Hill for "The Wolf of Wall Street" and Geoffrey Rush for "The Book Thief."

Leto, DiCaprio, Adams, Lawrence, McConaughey and Blanchett all recently won awards for their performances at this year's Golden Globes, seen as a predictor of what to expect come Oscar time.

This year's ceremony will have a special theme devoted to movie heroes. Expect to see cinematic legends from films both old and new throughout the night.

Ellen DeGeneres will serve as host for the telecast. The funny-lady and talk show host previously hosted the high-profile awards show in 2007. DeGeneres hasn't announced any of her predictions, but it seems she does have one favorite in particular:

In December, an Oscars trailer was released featuring DeGeneres and 250 dancers dressed in matching tuxedos dancing to Fitz and the Tantrums' "The Walker." Watch the video below to get into the Oscars spirit, and to learn a move or two from DeGeneres.

The 86th Academy Awards will air Sunday, March 2, at 7 p.m. ET on ABC. Return to CBSNews.com Thursday morning for a live stream of the nominations, scheduled to begin at 8:30 a.m. ET.

Tell us: Who do you hope gets nominated?