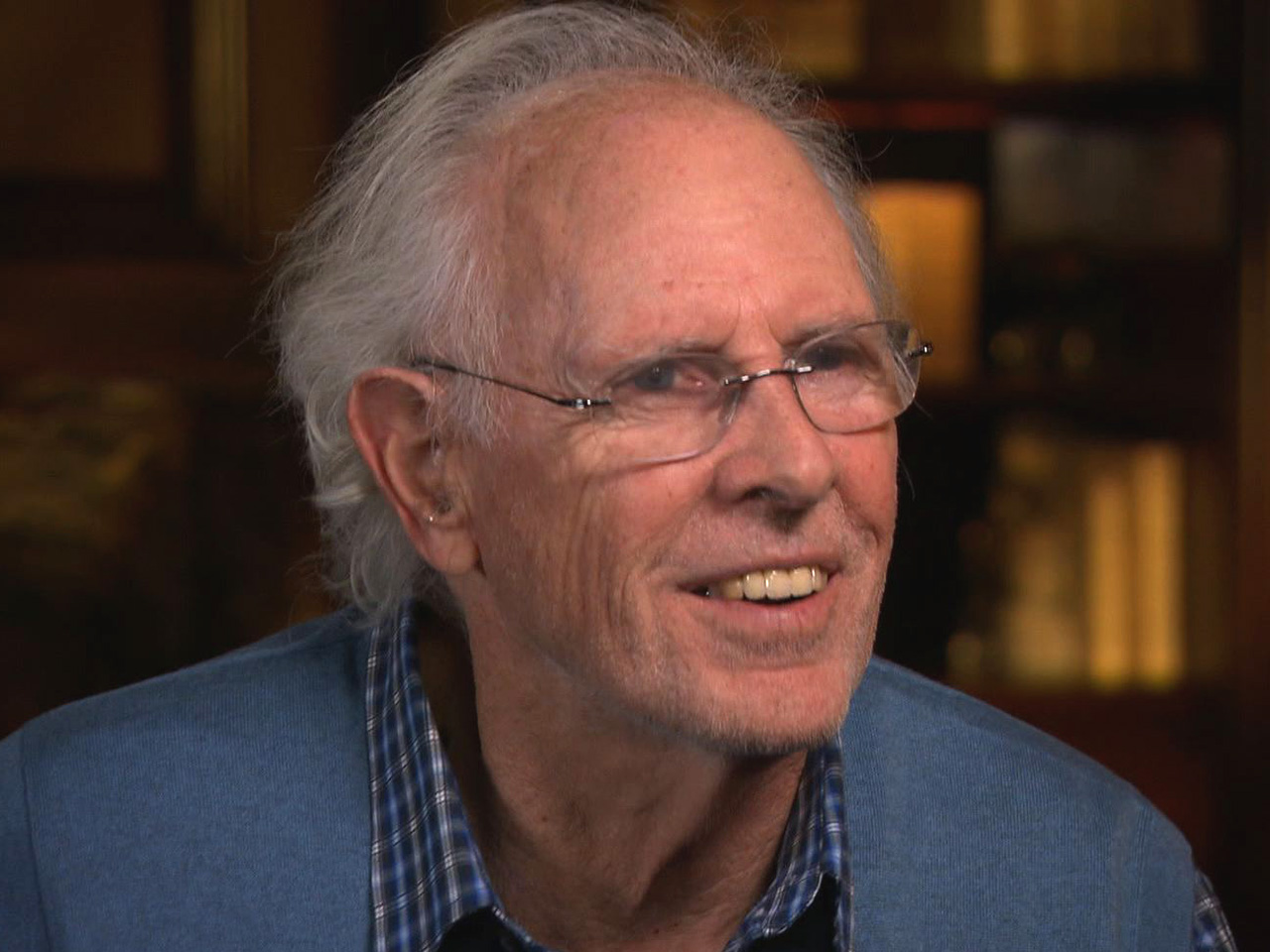 (CBS News)  Despite going toe-to-toe with John Wayne in the 1972 film "The Cowboys," Bruce Dern has rarely achieved top billing in his long Hollywood career . . . which makes his current role all the sweeter. Lee Cowan now with a Sunday Profile:

Norfolk, Nebraska, is a small, friendly town. Chances are you've never heard of it, except as Johnny Carson's boyhood home -- his house is still here.

But for veteran actor Bruce Dern, this place deserves a tip of the hat for far more than that. In many ways, he's waited his whole career to get here.

He spent much of the frigid winter here in Nebraska last year, shooting with director Alexander Payne. He turned in a performance that has already earned him the Best Actor Award at this year's Cannes Film Festival, and just may put him in the running for an Oscar, too.

The film is called "Nebraska." Dern plays the cantankerous and not-so-gracefully-aging Woody Grant, who insists on walking across four states to claim sweepstakes winnings, which his son (played by "Saturday Night Live" alum Will Forte) says don't exist.

Woody Grant: "I'm going to Lincoln if it's the last thing I do. I don't care what you people think."
David Grant:  "Listen to me, you didn't win anything. It's a complete scam. So you've got to stop this, okay?"
Woody: "I'm running out of time."

"I knew when I saw the script on paper that I had to play the role," Dern said. "I don't mean THEY wanted me to have to do it, but Bruce Dern had to find a way to be able to play this role."

At 77, it's been a long wait. He spoke to Cowan at the Tap Room, a hideaway in the historic Langham Hotel near his home in Pasadena, where he wrote his recent autobiography, "Things I've Said, But Probably Shouldn't Have: An Unrepentant Memoir."

A life-long runner, he writes that his career has always more closely resembled a marathon than a sprint.

Has he missed a day? "Oh yeah, the longest streak I had is 17 years when I didn't miss a day," Dern said.

He knew when he came to California some 50 years ago -- fresh out of the Actor's Studio in New York -- that he'd be running behind other leading men.

"He said, 'When you get out there, it's gonna take you a long, long time,'" Dern recalled. "'Nobody's gonna appreciate what you do until you're in your late 60s.' Well, that was thrilling to hear at 24 years old, you know what I mean?"

"Oh yeah, well, but who knows that then?"

He started off in Westerns, like "Gunsmoke," and always found a way to make himself memorable.

But over the course of more than 80 films and countless TV shows, Dern was rarely the star.

Early on he showed a knack for playing the unhinged.  In "The Cowboys," he even shot John Wayne . . . in the back, no less.

He moved on to other dastardly deeds. In "Black Sunday," he tried to blow up the Super Bowl, using the Goodyear blimp.

Even his recent Emmy-nominated role in HBO's "Big Love" was less than savory.

Did he ever tire of playing the wacko, psycho, terrorist?

No, Dern said, "because they're just guys that live just beyond where the buses run. And that's the way I've always looked at it. I mean, who knows who's out there? I just know that they're out there!"

The underbelly of society is exactly the opposite of his high society upbringing. He was born into old money in Winnetka, Illinois. His grandfather, George Dern, was governor of Utah, who later went on to become Secretary of War under FDR.

When Dern dropped out of the University of Pennsylvania to pursue acting, his family largely disowned him.

"When I decided to become an actor, I was gonna make a living 'pretending,'" he said. "They thought that that's what acting was, pretending. And if you're not going to pretend, then you better be Jimmy Stewart."

"So they just didn't really get it, did they?" Cowan asked.

But others did. Soon he was working with legendary directors like Alfred Hitchcock. And he was playing opposite his best friends -- Jack Nicholson and Robert Redford, just to name a few.

Dern was definitely getting noticed, but still wasn't getting top billing.

"As all of your contemporaries were doing these big movies and getting lead roles, you said you were never jealous," Cowan said. "You were just worried about when your time was gonna come."

"I was worried IF my time would ever come," Dern replied. "Where I would get a chance, a shot at those kinds of roles."

And then came "Coming Home." His role as a returning Vietnam Vet opposite Jane Fonda earned him an Oscar nomination.

And yet, something still didn't feel right.

"The difficulty for me was, I started getting a lot of congratulatory stuff for the performance and for the movie, and I never served myself," he said. "I felt bad about the fact that I hadn't done that, and I was being somebody who had done that."

All the buzz surrounding his current role fortunately carries with it no such guilt.

In fact, at a special screening of "Nebraska" IN Nebraska last Monday, Dern was treated as the state's newly-adopted son.

It's more than just the attention; ever since he finished shooting the movie, he's says he's been carrying a piece of the heartland with him.

"There's still a magic to it," Dern said. "I mean, you go any place in the world and see a neat sunset, beat that. You know what I'm saying?

"There's appreciation for everything here. And that's what made me like it more than any place I'd done a movie before."

It's finally all coming together.

His daughter, Laura Dern -- an Oscar-nominated actress in her own right -- says it's about time.

"People come up to me now like they're family members: 'Oh my God, I've always loved your dad, I'm so excited!''' Laura Dern said. "'Bruce Dern deserves this more than anybody' -- you know, like they are champions of dad."

He's been married for 44 years to his wife, Andrea, and is now a doting grandfather, too.  It may be the only place he's happier than on a movie set.

It's not that an Oscar would send Bruce Dern off happily into the sunset -- there's still more work to do.  But using one of his famous sports analogies, he says it sure would be nice to make it into the playoffs.

"I mean, it'd be wonderful to win whatever you could win, obviously," Dern said. "But what I think about is that I got an at-bat in a crucial situation. A bunch of folks seem to be recognizing that among many other people, Bruce Dern could also play."

WEB EXTRA: In this web-exclusive transcript the actor talks about growing up, "Coming Home," and why John Wayne gave him permission to kick him in the butt every day