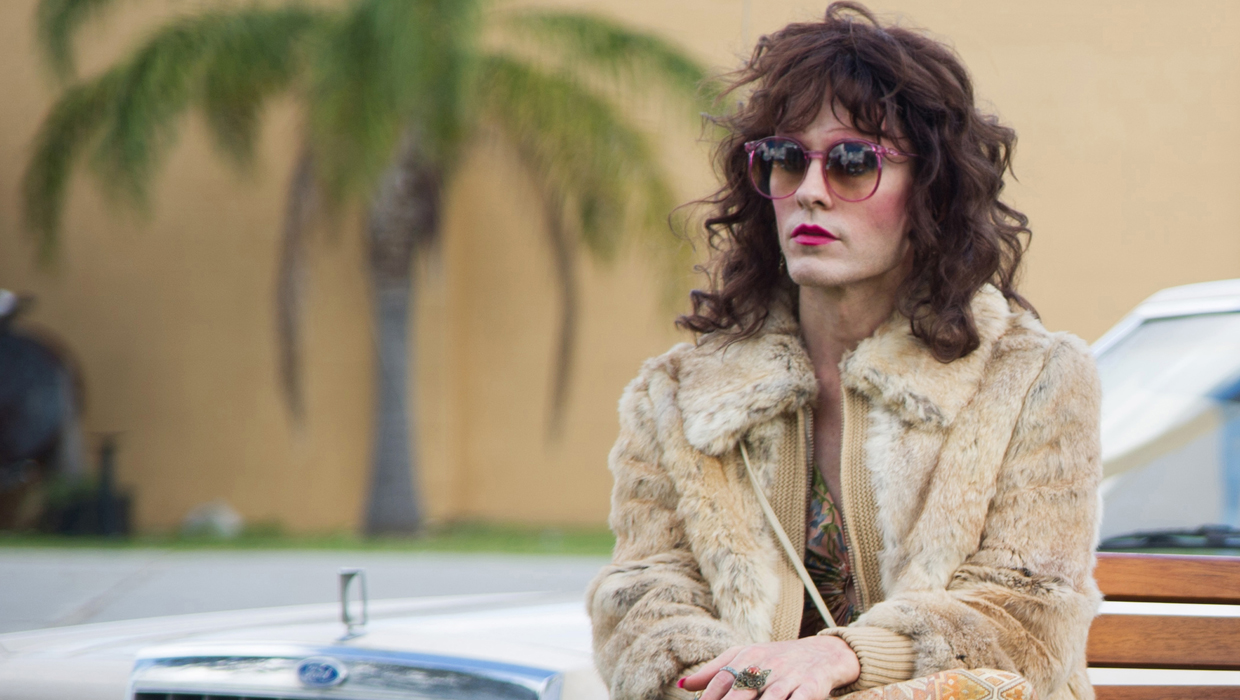 He’s riding high on the success of the latest Thirty Seconds to Mars album and tour – and getting a lot of buzz for his performance as male-to-female transgender character Rayon in Jean-Marc Vallee’s “Dallas Buyers Club.”

The critical acclaim has even earned Leto a Golden Globe nod for best supporting actor. He’ll be in the running at the the Globes this Sunday alongside Barkhad Abdi (“Captain Phillips"), Daniel Bruhl ("Rush"), Bradley Cooper ("American Hustle") and Michael Fassbender ("12 Years a Slave"). Leto is also up for a Screen Actors Guild trophy and has already taken home New York and Los Angeles film critics' prizes. On Jan. 16, Leto and his co-stars Matthew McConaughey, Jennifer Garner and Steve Zahn will find out if they will receive any additional nods when the Academy Award nominations are announced.

“I think it's great,” Leto told CBS News about the critical acclaim surrounding “Dallas Buyers Club” and his performance. “It's wonderful when art and creativity are celebrated. I don't thumb my nose at it at all. I think it's a nice thing to do. I've been part of a lot of films that haven't turned out as well as you've hoped. You go in with good intentions. But when you make small independent films most of the time, they break your heart. So when they do survive, it's a wonderful thing to celebrate -- a film, a performance, a director.”

To play Rayon -- an AIDS patient with a drug habit -- the 42-year-old actor had to lose a lot of weight, shedding a whopping 30 to 40 pounds. Leto also waxed his body, changed his voice pitch and used a different dialect.

About the weight loss, Leto said, “It was the only way that I could do what I had to do. I mean it's not a good thing to do. It's certainly not a good thing to keep doing. Your body is not a rubber band.   It doesn't always bounce back or snap back. It's something that you should be very careful about. I would never recommend anyone doing it.”

And this wasn’t the first time Leto altered his weight for a role. He packed on pounds for 2007’s “Chapter 27” to portray Mark David Chapman, the man who killed John Lennon.

Looking ahead, Leto will be on the road for much of this year with Thirty Seconds to Mars. But he’s not ruling out another acting gig.

“I'm focusing on the band 1,000 percent,” he said. “If something as beautiful as 'Dallas Buyers Club' and the character Rayon comes along, I'd be more than happy to be a part of it. But right now we have a lot of touring commitments…It's been a phenomenally incredible year -- a lot of great things, a really challenging year as well -- the album...tour...'Dallas Buyers Club.' There's a lot to be grateful for.”