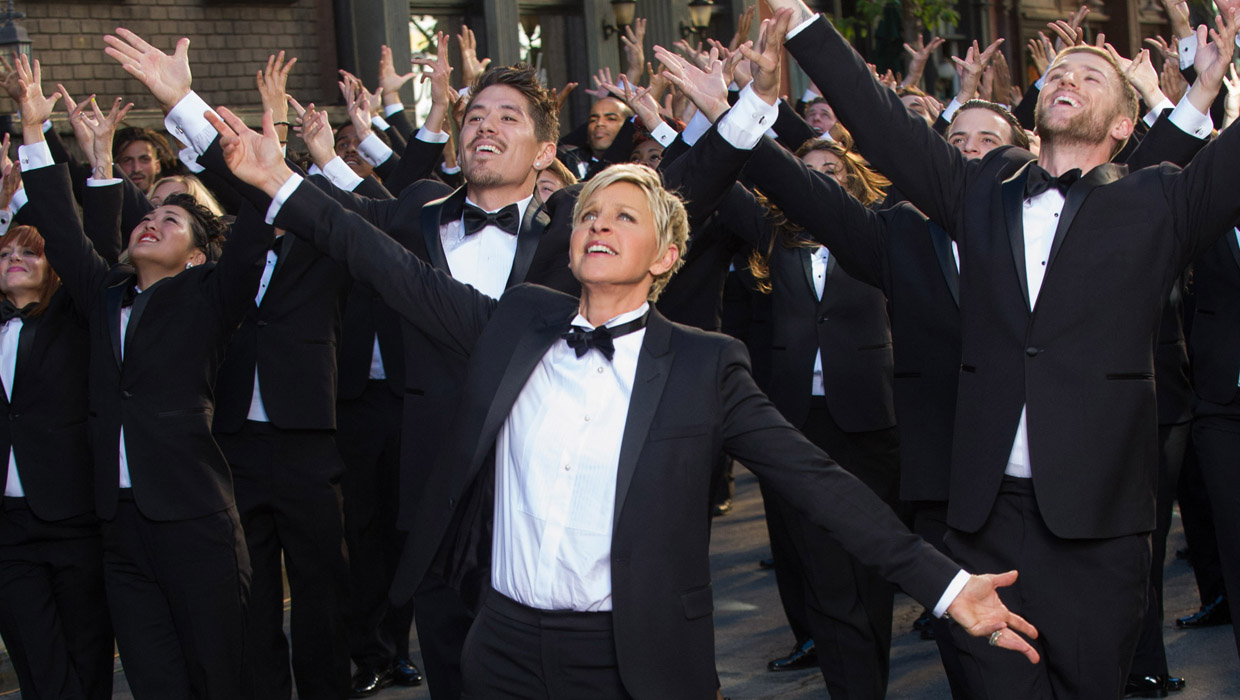 Ellen DeGeneres is gearing up to host next year's Academy Awards -- and she's brought along her dancing shoes.

The Academy released a trailer Thursday promoting the Oscars ceremony, featuring DeGeneres and 250 tuxedo-clad men and women dancing to "The Walker" by Fitz and the Tantrums.

The video was directed by Paul Feig ("Bridesmaids," "The Heat") and choreographed by "So You Think You Can Dance" alums Stephen "tWitch" Boss and Allison Holker.

"I had the best time making this," said DeGeneres. "I love Paul, I love tWitch, I love Fitz and I like most of the Tantrums."

"To work with Ellen, tWitch Boss, Allison Holker and 250 amazing dancers to the music of Fitz and The Tantrums to promote the Oscars for the Academy of Motion Pictures Arts and Sciences was an absolute dream come true," added Feig. "Just typing that sentence made me giddy and exhausted. I'm going to lie down now."

The trailer will run in movie theaters nationwide beginning Jan. 3, 2014, and can also be viewed on the Academy’s YouTube page.

Nominees for the 86th Academy Awards will be announced on Jan. 16. The awards will be presented on March 2 from Los Angeles and will air live on ABC.