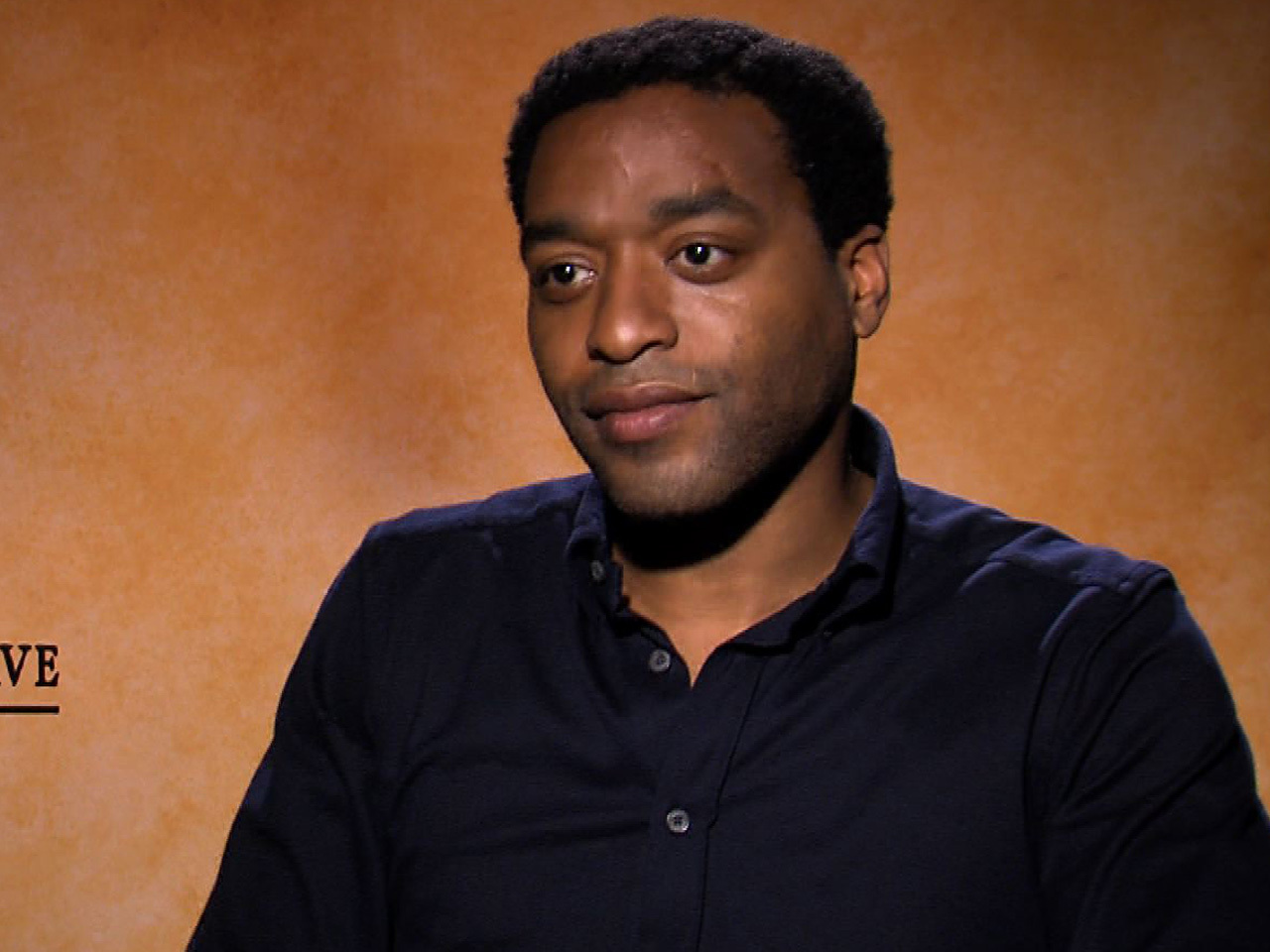 Chiwetel Ejiofor has been getting the best reviews of his career for his latest performance in "12 Years a Slave," this year's first big awards contender.

Produced by Brad Pitt (who also has a small two-scene role), the film recently won the audience award at this year's Toronto Film Festival and has generated a lot of Oscars buzz early in this movie season.

The screenplay from John Ridley was based on the 1854 real-life memoir by Solomon Northup (Ejiofor), a black man who was born free and living in upstate New York with his wife and children until 1841, when he was kidnapped and sold into slavery in the South. Northup spent years trying to escape his barbaric captivity and reach his family back home.

In a recent interview with CBSNews.com, Ejiofor revealed that playing a historical figure like Northup gave him pause at first.

"There was a responsibility in terms of looking at this part of history in the slave era," Ejiofor said. "I wasn't sure whether that was in me or whether that was beyond me, whether I was the guy."

But, once he was cast as Solomon and the wheels were set in motion, Ejiofor felt it was an honor to help portray the slave experience.

"It's an extraordinary story," Ejiofor said, "It sort of drifts away from being this complicated tale of these terrible times into really a story about the human spirit and I think everybody can connect to it."

Watch the video to hear Ejiofor and his co-stars speak more about what it was like making "12 Years a Slave," which runs at the upcoming New York Film Festival before going on to a limited release in theaters on Oct. 18.