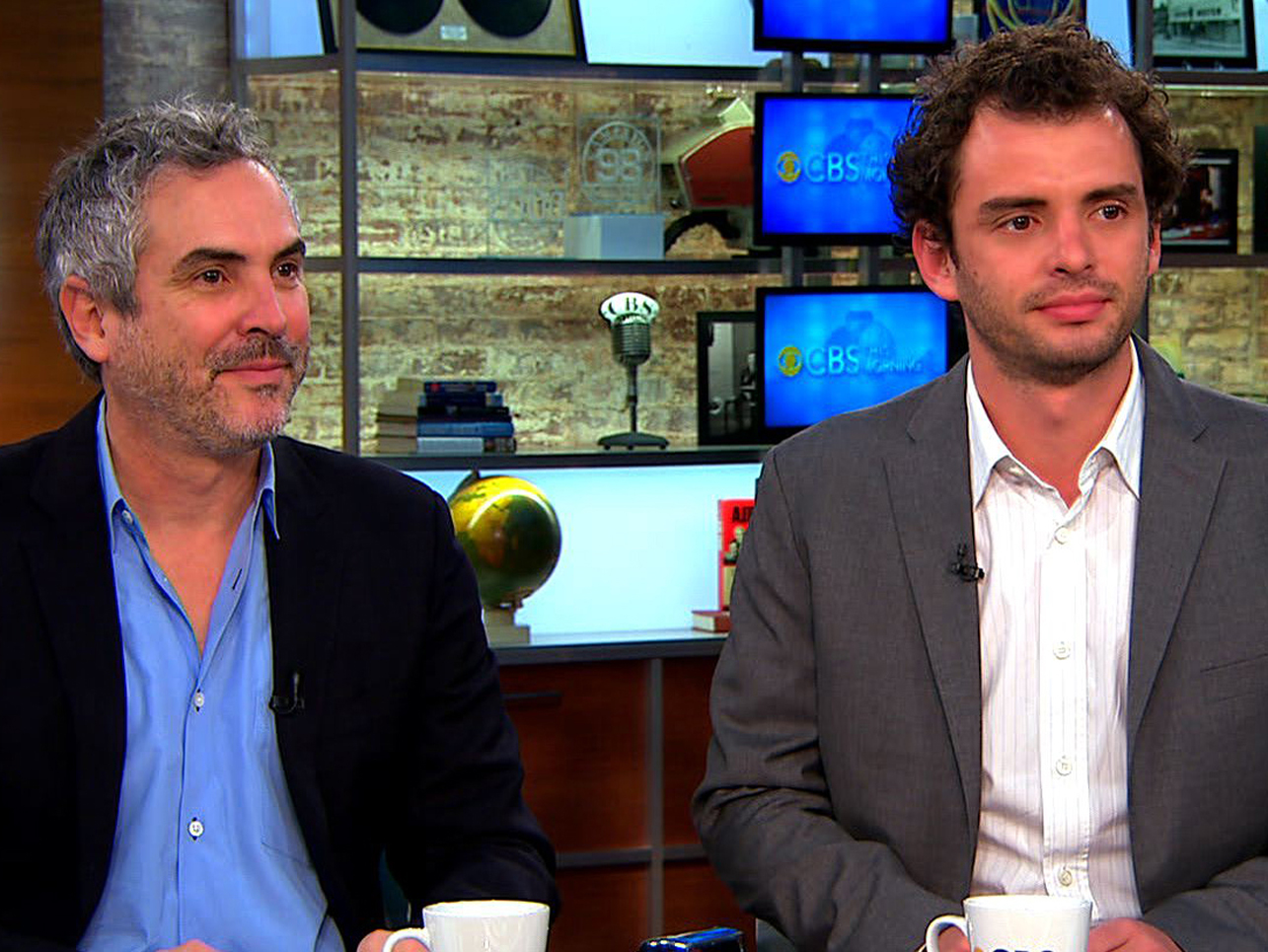 (CBS News) The science fiction blockbuster "Gravity" is s among the rare movies that expands what's possible for cinema. Director James Cameron called it "the best space film ever."

It comes from the imagination of a father-son team of director Alfonzo Cuaron and his son, screenwriter Jonas Cuaron.

Alfonso Cuaron told the "CBS This Morning" co-hosts that he has been thinking about making a movie like this since he was a kid and grew up wanting to be an astronaut.

Jose Cuaron said that they started talking about the film four-and-a-half years ago after a project they developed fell apart.

The film stars George Clooney and Sandra Bullock and the actors have gotten a lot of positive feedback about their roles, including Oscar predictions.

He explained that he thinks Bullock is just "fearless."

"She is so disciplined. Maybe that is the German side of Sandra - you know - that is so precise, so disciplined and so wise in terms of the emotional fruitfulness, but at the same time fearless," Alfonso Cuaron said.

He also said that he thinks Clooney is great in "every single film."

For Alfonzo and Jonas Cuaron's full interview, watch the video in the player above.