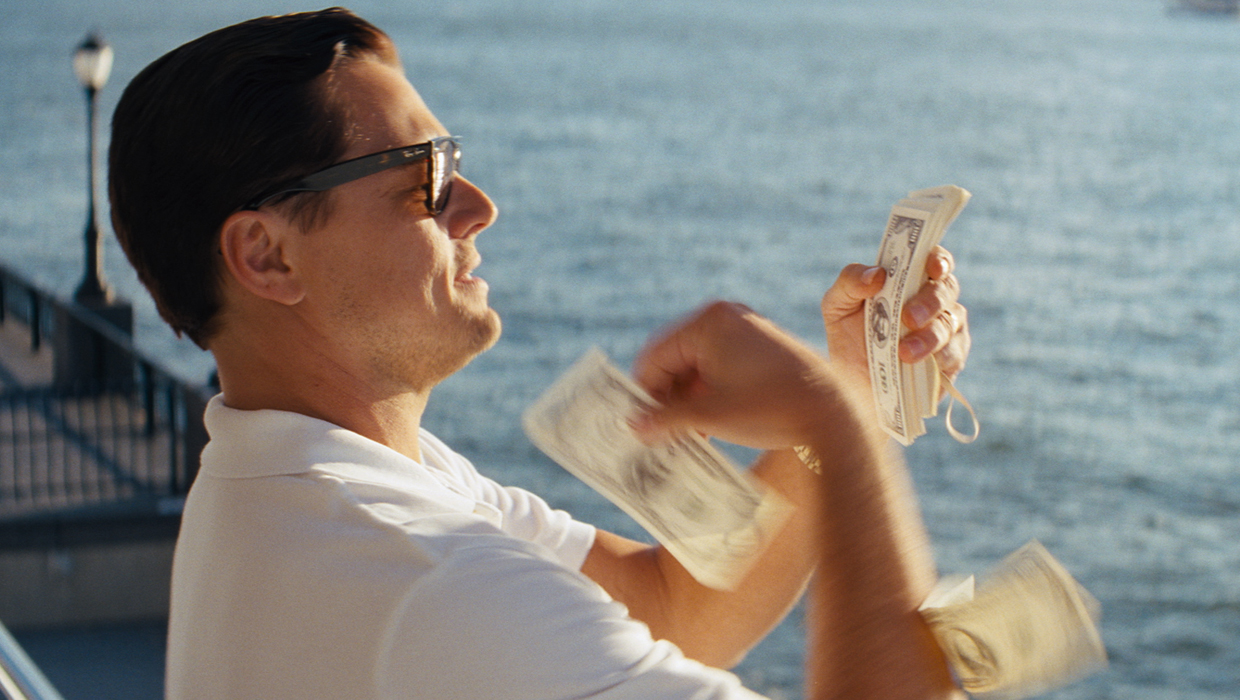 Leonardo DiCaprio is speaking out in defense of "The Wolf of Wall Street," after some criticized the film for celebrating the lavish lifestyle of its main character.

The Martin Scorsese-directed movie is based on the memoir of Jordan Belfort, a corrupt '90s stock broker who partied hard while scamming investors and later served prison time for it.

DiCaprio, who stars in and also served as a producer on the project, said in a Q&A with Variety that those who think "The Wolf of Wall Street" condones Belfort's behavior may be misunderstanding its message.

"This film may be misunderstood by some; I hope people understand we're not condoning this behavior, that we’re indicting it," he said. "The book was a cautionary tale and if you sit through the end of the film, you’ll realize what we’re saying about these people and this world, because it's an intoxicating one."

He added, "I think it's amazing somebody like Martin Scorsese is still making films that are vital and talked about, and have an element of controversy about them and are appealing to people of my generation. We grew up watching his films and he's still making stuff that’s punk rock. It’s an amazing achievement."

DiCaprio also told Variety that "The Wolf of Wall Street" and "The Aviator" are the two films he's been passionate about making.

"People -- no matter what their attitude is after seeing the film -- should understand this is a film that’s outside the box and is very difficult to get done in this day and age; it almost never happens. That in its own right is commendable," he said. "I'm proud that films like this can still be somehow made; that's in huge part due to our financiers who said, 'Look, we understand that studios are doing a certain type of film but we believe there is an audience for films that don’t fit the criteria for a blockbuster but deserve to get made.' Thank God there are people who have taste for experimental filmmaking at this level and who really want to endorse this type of film. Because if it weren't for them, we wouldn't see any types of film like this."

"The Wolf of Wall Street" opened in theaters on Christmas and is currently nominated for two Golden Globe Awards.