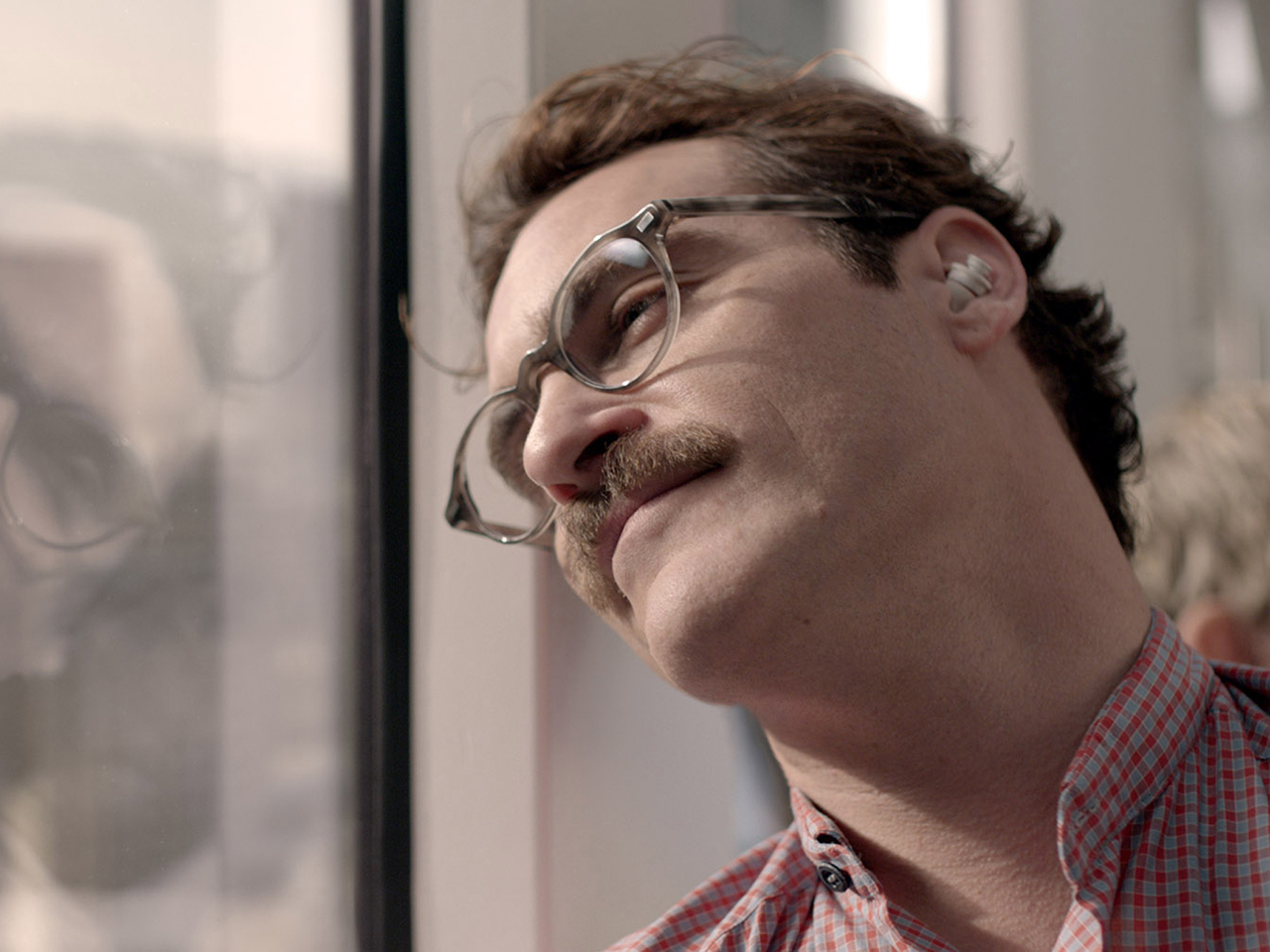 Director Spike Jonze has wowed audiences with his hallucinatory tales of human emotions gone messily awry (“Being John Malkovich,” “Adaptation”), and of innocents rejecting the contemporary world (“Where the Wild Things Are”).

In his latest film, “Her” (which had its world premiere Saturday at the New York Film Festival), the tendency of humans to become too reliant upon their technological devices is taken to a radical extreme, with messy emotional fallout. Despite its sci-fi trappings and quirky humor, it is one of the most perceptive tales about romance to come along to the movies in a very long time.

In the not-too-distant future, an operating system complete with artificial intelligence can become the user’s personal assistant, confidante, motivational coach, BFF or lover. And when the voice of the computer program is that of Scarlett Johansson, it’s not too much of a stretch to believe that Theodore (Joaquin Phoenix) could fall head over heels for her ... uhm, it.

It’s true that Theodore does come at her on the rebound. He is currently in the final stages of a divorce from Catherine (Rooney Mara) over issues of emotional disconnection. His experience with blind dates (in which each party brings the baggage of their lives to the meeting, only to witness that baggage weigh down whatever buoyancy they might otherwise enjoy) isn’t satisfying, either.

And so the lonely Theodore pours out his heart to the understanding, insightful and funny Samantha, his newly-installed OS1 product, which absorbs not only information from the world, but sensations and intuitions, becoming more and more sentient.

Samantha reaches the point where she is dissatisfied with not having a body, with not knowing what flesh feels like, but for much of their relationship, she and Theodore bond in a mutual exchange of understanding and tenderness that is entirely aural.

It’s not all that unusual, evidently, in the future Los Angeles, where solitary humans not only appear to be constantly interacting with their devices, but they freely engage in all manner of relationships with operating systems; they even cheat with other people’s OS’es.

When Theodore is questioned about how he can engage in a relationship without real emotions, his response makes us understand that they are real, and are no less valid for being directed at a creation of technology, because Samantha has evolved into something more than a parroting program. And just as she has evolved, so, too (it appears) has Theodore.

Jonze, who wrote the script, was inspired years ago by now-ancient IM software that is programmed to engage the user with normal-seeming responses. “Her” asks, how would a real form of AI engage with a person, and how might that AI (and the human) be altered by the experience?

And more importantly, perhaps: how might a human being differentiate between, say, a long-distance phone affair with someone they are never in physical contact with, and an affair with a virtual person, speaking through the same personal devices you’d use to call a loved one overseas? How do you share that relationship, if it is to be shared?

Phoenix, who continually impresses with the range and depth of his characters (from “Walk the Line” and “The Master” to the upcoming “The Immigrant”), is at the top of his game in what is, for a majority of the picture, a solitary performance reacting to a disembodied voice. His swooning in the presence of his beloved OS might seem laughable or heartbreaking were it not so vitally present. One key to his character’s realism is that he learns to accept the other’s limitations -- a difficult part of any relationship -- and the result is a freedom within himself that he felt missing.

Johansson’s performance is, like a radio actress’, entirely dependent upon the drama of her voice, with no help from an avatar to fix her creation in our minds. She creates a quickly-learning young person who, we discover, is capable of generating her own forms of emotional baggage, engaging in duplicity and withholding information similar to what Theodore experiences from his human counterparts.

Also excellent in the cast are Amy Adams as Theodore’s longtime friend, who seeks a growth beyond her marriage; Olivia Wilde as a deceptively fragile blind date; and Portia Doubleday, haunting as a surrogate who volunteers to help make Samantha’s desires corporeal.

High grades are given in the areas of cinematography (Hoyte Van Hoytema), production design (K.K. Barrett) and costumes (Casey Storm), all of which create a world just slightly off from today but very recognizable. Original music by Arcade Fire is also deftly underplayed.

In movies at least, artificial intelligence has been something to be feared. (Think Hal 9000, the Terminator, or Proteus IV of “Demon Seed”). So when the tender and touching “Her” imagines an AI to be loved, we are excused for thinking that, too, must be feared. Perhaps it is. But like so many love affairs, it is great while it lasts.

“Her” will be released by Warner Brothers on December 18. The film is rated R.

To watch the trailer for “Her,” click on the video player below.