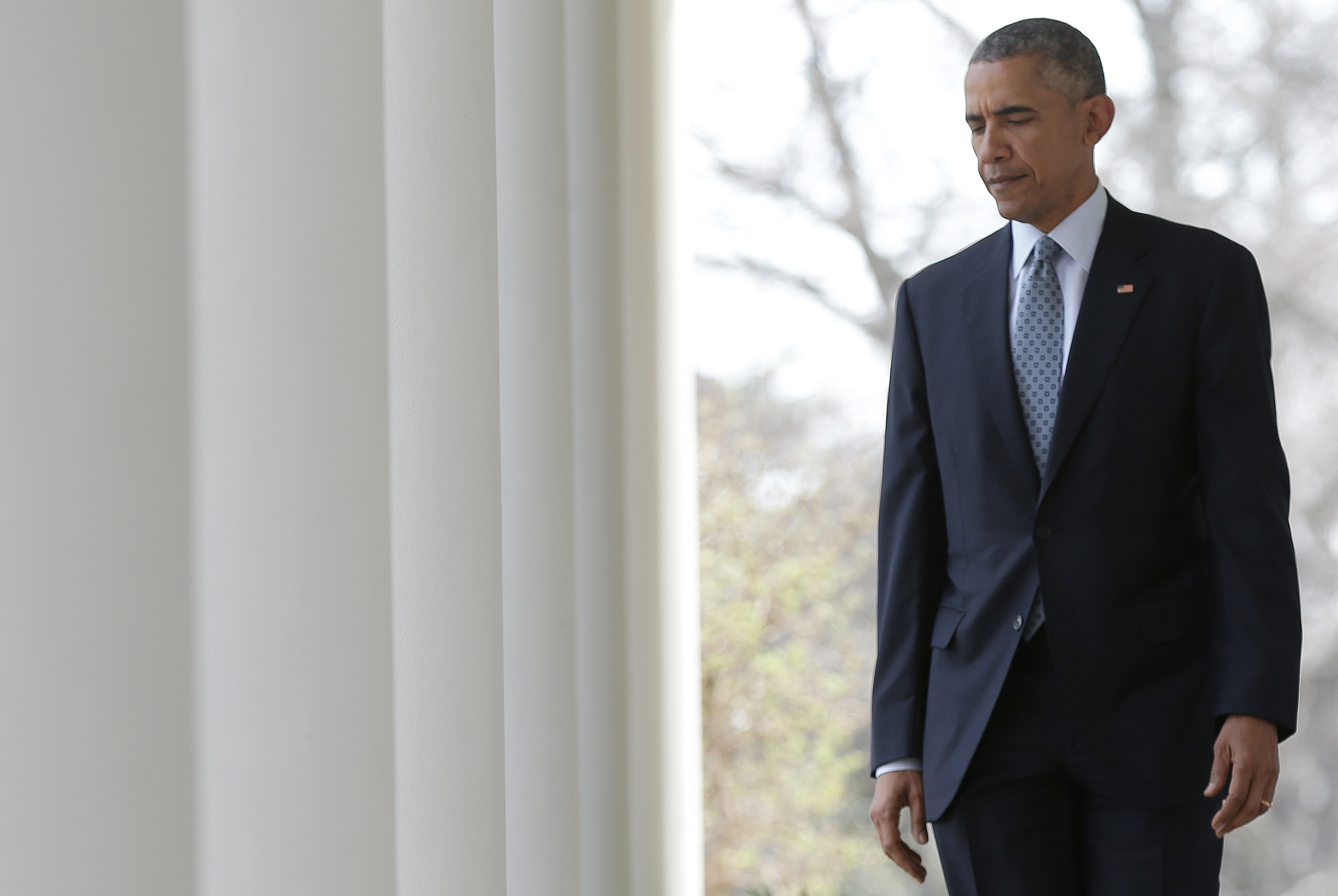 After the United States and other world powers reached a "historic" deal to limit Iran's nuclear capabilities this week, President Obama is cautioning that work on the agreement is "not yet done."

"Diplomacy is painstaking work," the president said in his weekly video address. "Success is not guaranteed."

The agreed-upon framework, which the president said "denies Iran the plutonium necessary to build a bomb," gives international inspectors "unprecedented" access to review the country's nuclear program and further limits its ability to stockpile any materials needed to build a weapon.

As a result, five countries and the United States will phase out economic sanctions on Tehran, though the president insists that other American sanctions -- for instance, those imposed because of Iran's support of terrorism or its human rights abuses -- will remain.

The president also announced in his address that "this deal is not based on trust, it's based on unprecedented verification" -- repeating a line he used in his Rose Garden speech shortly after the tentative agreement was struck.

"If Iran cheats, the world will know it," Mr. Obama said. "If we see something suspicious, we will inspect it."

He also expects a "robust debate" within America's legislative body, in a nod to congressional criticisms of the deal.

The president, after being on the receiving end of Congress' accusations that the White House was bypassing other branches of government, promised full transparency on the details of the agreement.

"We'll keep Congress and the American people fully briefed on the substance of the deal," Mr. Obama said, adding that "if there is backsliding, there will be no deal."

Key members of Congress involved in foreign policy have already expressed their skepticism of a completed framework and have proposed new sanctions on Iran as a result.

"If a final agreement is reached, the American people, through their elected representatives, must have the opportunity to weigh in to ensure the deal truly can eliminate the threat of Iran's nuclear program and hold the regime accountable," Senate Foreign Relations Committee Chairman Bob Corker, R-Tennessee, said Thursday. "Rather than bypass Congress and head straight to the U.N. Security Council as planned, the administration first should seek the input of the American people."

The committee is also expected to evaluate the Iran Nuclear Agreement Review Act of 2015, which would require the president to submit to Congress the details of any agreement reached in regards to Iran within five days, in mid-April.

Mr. Obama's address also comes after international backlash to the deal's details. Shortly after the tentative framework was announced Thursday, Israeli Prime Minister Benjamin Netanyahu criticized the deal, saying in a phone call to Mr. Obama that it would "threaten the survival of Israel."

"Such a deal would not block Iran's path to the bomb. It would pave it," Netanyahu said.

But the president launched a sincere defense for the agreement out of Lausanne, Switzerland, in his video address, saying that the solution is one that will prove the most effective for the international community.

"I firmly believe that the diplomatic option -- a comprehensive, long-term deal like this -- is by far the best option," Mr. Obama said. "For the United States. For our allies. And for the world."

In the Republicans' own weekly address, the party pushed for legislation tackling another priority high on the White House's list of concerns: cybersecurity.

"[The bill] creates a cybersecurity information sharing environment that works much like a 'neighborhood watch' program -- allowing all participants to get a better understanding of the current cybersecurity threats that may be used against them," Burr said.

But CISA, the latest incarnation of a controversial bill that Congress had been considering since 2013, has recently come under fire for privacy concerns. The latest cybersecurity act had previously been held up and amended over a dozen times because of opposition from Democrats and civil liberties advocates.

In the latest push for the bill, Burr, the chairman of the Senate Intelligence Committee, said that the legislation also attempts to limit government access to the data. It is a "balanced approach that will help your private information stay just that way," he said.

"Information sharing's covered by the bill, and it's 100 percent voluntary," Burr said. "No one is forced to share information in any way."

CISA passed out of the Senate Intelligence Committee with an overwhelming 14-1 vote. The lone dissent came from outspoken surveillance critic Sen. Ron Wyden, D-Oregon, who criticized the bill as "surveillance by another name." The legislation is slated for full Senate review this spring.