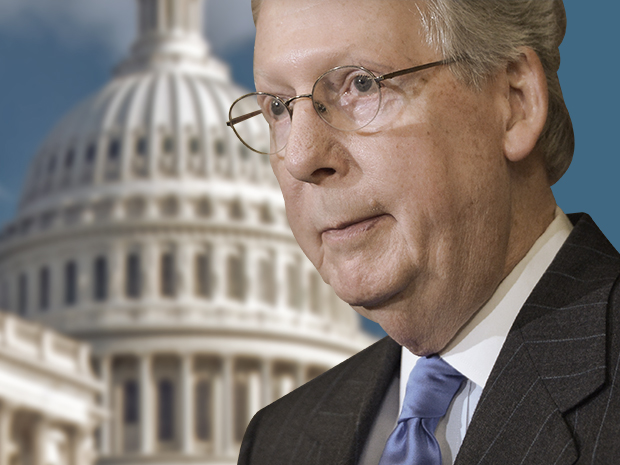 Israeli Prime Minister Benjamin Netanyahu electrified members of Congress this week with a vigorous condemnation of the ongoing talks between six world powers and Iran to roll back Iran's nuclear program in exchange for limited sanctions relief.

Watching the reaction to the speech - which drew more than 20 boisterous standing ovations - might have left the impression that America's lawmakers shared Netanyahu's skepticism of the nuclear talks. Yet the Senate now appears deadlocked on how exactly to respond.

A bipartisan group of senators had introduced a bill to force the president to cede some authority over any nuclear agreement to Congress, but an attempt by Senate Majority Leader Mitch McConnell, R-Kentucky, to speed up consideration of the bill led some of the Democrats to revolt.

Now it's unclear how the Senate will proceed or whether the gridlocked chamber will muster enough bipartisan votes to take any action at all before the March 24 deadline.

Here are the options facing the Senate right now:

Senate Foreign Relations Committee chairman Bob Corker, R-Tennessee, introduced a bill that has the backing of the top Democrat on the committee, Sen. Robert Menendez, D-New Jersey. Five other Republicans, four additional Democrats and one independent have signed on to cosponsor the legislation.

The Iran Nuclear Agreement Review Act of 2015 would require the president to submit to Congress any agreement reached with Iran within five days, along with a plan to verify Iran's compliance, certify that it meets America's standards for nuclear non-proliferation, and ensure that it won't harm U.S. national security. The president would have to wait 60 days before lifting any sanctions against Iran, giving Congress time to hold hearings on an agreement. If two-thirds of lawmakers rejected the agreement, there would be enough support to pass a veto-proof joint resolution of disapproval, which would block the president from lifting any sanctions.

Going forward, the president would have to assess whether Iran was complying with the agreement every 90 days. Should he fail to show compliance or otherwise determine that Iran violated the agreement, Congress could vote to restore sanctions.

Another bipartisan bill from Sen. Mark Kirk, R-Illinois, would similarly increase congressional oversight over the deal and re-implement any sanctions that were lifted in early July if negotiations fail to produce an agreement.

"The strongest signal we can send to the U.S. negotiators is having a veto-proof majority in support of Congress weighing in on any final nuclear deal with Iran," Corker said Thursday. He added that another nine Democrats and one independent had written to him pledging their support, meaning the bill would just be three Democrats shy of a veto-proof majority if all Republicans support it.

And he would need that majority: The White House has said the president would veto Corker's bill if it came to his desk.

McConnell sought to speed up Corker's legislation by bringing it straight to the floor next Tuesday rather than sending it through the Foreign Relations Committee for consideration. The response drew an immediate outcry from Democrats.

Eight Democrats - four of whom were original cosponsors of Corker's bill - and Sen. Angus King, I-Maine, told McConnell that they would only vote for the bill if it came through committee and the final vote came after the March 24 deadline for negotiations.

"[A]t a moment when legislators are contemplating the most serious national security issue of our time, we are disappointed that you have proceeded outside of regular order which suggests that the goal of this maneuver is to score partisan political points, rather than pursue a substantive strategy to counter Iran's nuclear ambitions," the lawmakers wrote. "There is no immediate or urgent need to circumvent the Committee process and we are disappointed that you've pursued this partisan course of action."

McConnell ultimately delayed the vote in the face of Democratic opposition. High-profile Democrats including Senate Minority Leader Harry Reid, D-Nevada, and Sen. Chuck Schumer, D-New York, criticized McConnell for politicizing the bill but praised him for postponing it.

Seven Democrats propose an alternate bill that would give Congress the ability to act quickly if Iran violates a deal, but their version doesn't give lawmakers the power to approve a final agreement. Their version would require the Mr. Obama to report on Iran's compliance at least every 90 days, enable Congress to reinstate sanctions if Iran violates a deal, and would reaffirm Congress' role in repealing sanctions it imposes.

"[I]f there is a nuclear deal and if Iran violates it, there will be immediate action by Congress to reinstate sanctions and consider even tougher penalties against Iran," said Sen. Barbara Boxer, a senior Democrat on the Senate Foreign Relations Committee, in a statement. She was joined by Democratic Sens. Brian Schatz of Hawaii, Dianne Feinstein of California, Tom Carper of Delaware, Martin Heinrich of New Mexico, Sherrod Brown of Ohio and Al Franken of Minnesota.

Cosponsors said their legislation gives the administration the space to craft an agreement while leaving Congress the ability to act swiftly if such an agreement is violated. But without support from the Republican majority, their bill is less likely to see the light of day.

Whatever Congress decides, Mr. Obama made clear he's committed to see the negotiations through to the deadline.

He said Tuesday after Netanyahu's speech, "If it's a deal I've signed off on, I will be able to prove that it is the best way to prevent Iran from getting a nuclear weapon and for us to pass up on that potential opportunity would be a great mistake. It's not one that I intend to make and I will take that case to every member of Congress."