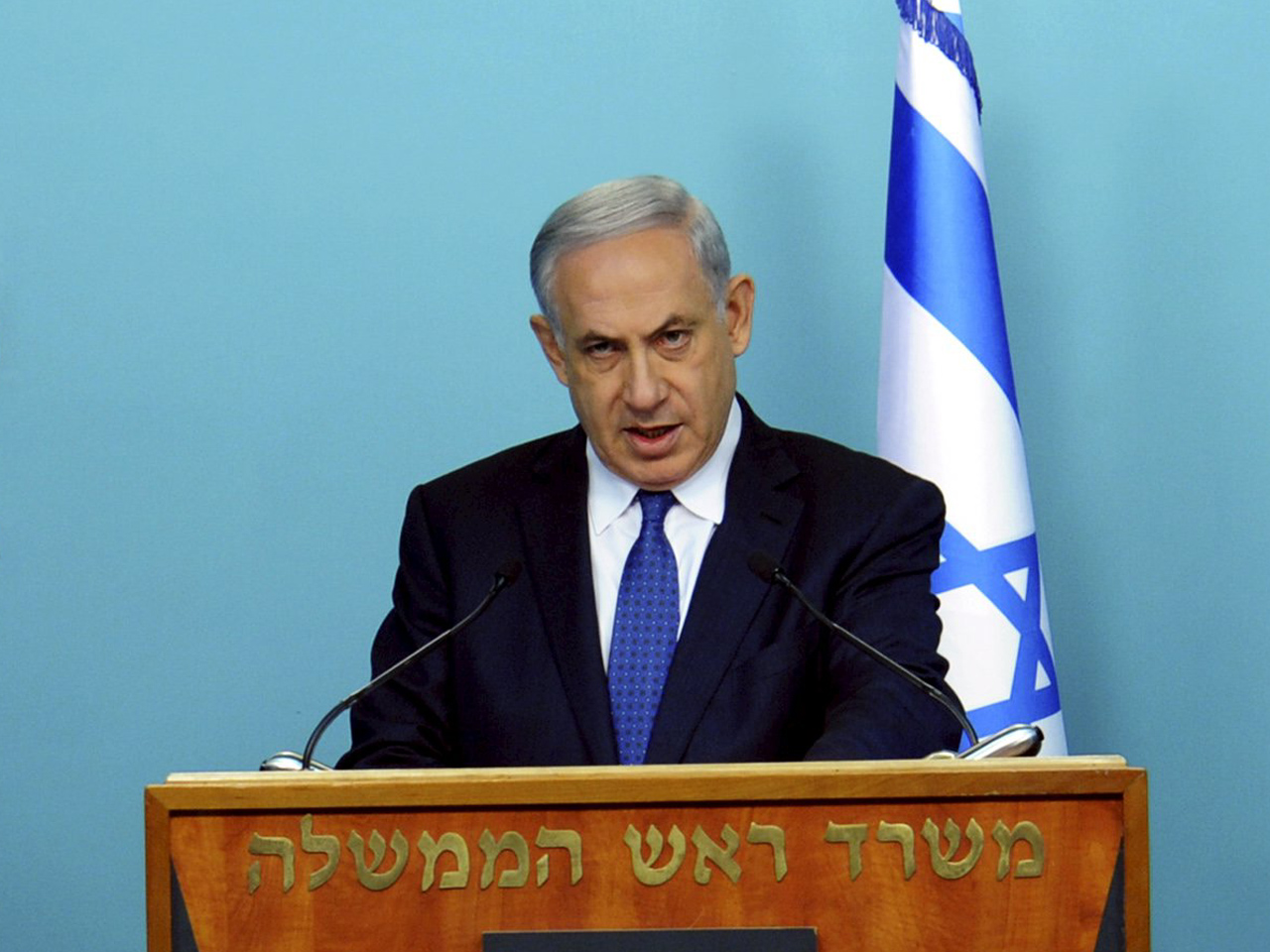 Iran and six world powers announced a series of understandings Thursday, with a final agreement to be reached by June 30. An agreement is meant to cut significantly into Iran's bomb-capable technology while giving Tehran quick access to assets and markets blocked by international sanctions.

In a nationally televised speech Friday, Iranian President Hassan Rouhani pledged his nation would abide by its commitments in the nuclear agreement, saying Iranians would "remain loyal and stand by the promises" they made.

He said Iranians "do not seek to deceive" the international community.

Israel has harshly criticized the negotiations, demanding that the Iranian nuclear program be dismantled. Israeli Prime Minister Benjamin Netanyahu has been adamant that Iran cannot be trusted, and that leaving certain facilities intact would allow the Iranians to build a bomb eventually. Iran denies it wants to produce nuclear weapons, claiming its nuclear research is for purely peaceful purposes.

Netanyahu told President Obama in a phone call not long after the framework was announced that a final deal based on the understandings announced Thursday would "threaten the survival of Israel."

"Such a deal would not block Iran's path to the bomb. It would pave it," Netanyahu said.

Israeli government spokesman Mark Regev said Friday that the framework agreement was "a step in a very, very dangerous direction."

"It leaves Iran with an expansive nuclear infrastructure intact, doesn't even close down one Iranian nuclear facility, not one," Regev told The Associated Press.

"It leaves Iran with thousands of centrifuges to continue to enrich uranium, and allows Iran to continue research and development on better and faster centrifuges," he said, referring to machines that can spin uranium gas to levels used in nuclear warheads.

"So what we have here is a deal that unfortunately gives legitimacy to Iran's nuclear program and the sole purpose of that program is to get nuclear weapons," he added.

Cabinet minister Yuval Steinitz, speaking on Israel Army Radio, said Israel would "fight in the coming three or four months to prevent a bad deal or at least make sure that it will be less bad."

If implemented, the commitments announced Thursday would substantially pare back some Iranian nuclear assets for a decade and restrict others for an additional five years.

According to a U.S. document listing those commitments, Tehran is ready to reduce its number of centrifuges. Of the nearly 20,000 centrifuges Iran now has installed or running at its main enrichment site, the country would be allowed to operate just over 5,000. Much of its enriched stockpiles would be neutralized. A planned reactor would be reconstructed so it can't produce weapons-grade plutonium. Monitoring and inspections by the U.N. nuclear agency would be enhanced.

President Obama sought to ally Netanyahu's fears in their discussion.

Speaking also to skeptics much closer to home, including members of Congress who have vowed to challenge any deal with the Iranians, Mr. Obama insisted the framework agreed in Switzerland "would cut off every pathway that Iran could take to develop a nuclear weapon," adding that it was a deal based not on trust, but on "unprecedented verification."

In an interview with CBS News State Department correspondent Margaret Brennan, Secretary of State John Kerry, who worked almost around the clock in Switzerland to reach the agreement announced on Thursday, also urged skeptics to "look at the facts."

"Look at the access we will have to their nuclear facilities, the tracking of their uranium, the oversight of their promises that they have made with respect to this, the accountability we will have," Kerry said.

Critics argue Iran has a long history of attempting to hide its nuclear facilities from international inspectors. According to Kerry, the Islamic republic will no longer be able to do that.

"We have a whole new system that we designed and that they accepted and worked on to absolutely answer that question. So that we now have a guaranteed access," Kerry said. "If they don't provide it, the sanctions come back."

In Iran where hard-liners have long opposed any deal-making with the United States, some were fast to criticize the tentative nuclear agreement reached Thursday, calling it a bargain for the West and a disaster for Iran.

Hossein Shariatmadari, an adviser to Iran's Supreme Leader Ayatollah Ali Khamenei and editor of the hard-line Kayhan daily told the semi-official Fars news agency on Friday that Iran exchanged its "ready-to-race horse with a broken bridle."

Another conservative analyst, Mahdi Mohammad, referred to the Fordo underground uranium enrichment facility and told the news outlet that under the deal, "A disaster happened in Fordo."

Iran agreed to stop enrichment at Fordo, changing the facility to a nuclear research center.

But later Friday, a far more telling sign came from the man who led prayer services for all of Tehran. That role, which rotates among Tehran's senior clergy, is seen as voicing the will and whimsy of Ayatollah Ali Khamenei, Iran's Supreme Leader, who makes all final decisions in the country.

Ayatollah Mohammad Emami-Kashani, who gave the sermon on Friday, clearly conveyed the Supreme Leader's blessing upon the agreement reached by Iran's negotiating team, which he dubbed "firm, wise and calm."

According to Iran's state-controlled student news agency ISNA, Emami-Kashani, said "the Supreme Leader supports these representatives," and added that all in the nation "really have to say congratulations and well done to the president and Mr. Zarif."