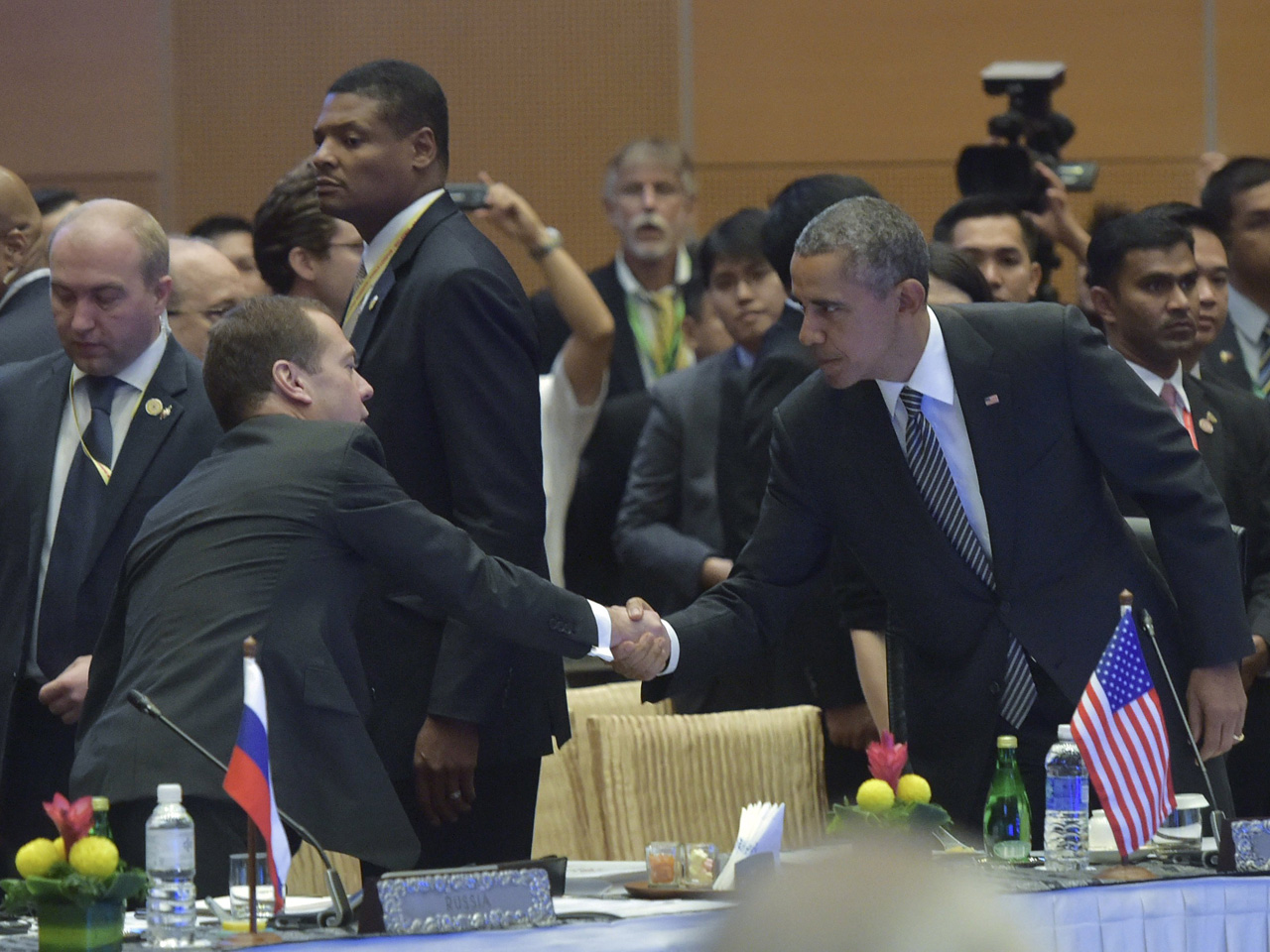 KUALA LUMPUR, Malaysia - President Barack Obama said Sunday that the United States and its international partners "will not relent" in the fight against the Islamic State of Iraq and Syria (ISIS) and that the world would not accept the extremists' attacks on civilians in Paris and elsewhere as the "new normal."

"The most powerful tool we have is to say we are not afraid," Obama said as he wrapped up a nine-day trip to Turkey and Asia that was shadowed by terrorist attacks.

The president also pressed Russian President Vladimir Putin to align himself with the U.S.-led coalition, noting that ISIS has been accused of bringing down a Russian passenger jet last month, killing 224 people.

"He needs to go after the people who killed Russian citizens," he said of Putin.

The president spoke in Malaysia shortly before departing for Washington. His trip also took him to the Philippines and Turkey, where he met with Putin on the sidelines of an international summit.

While Russia has stepped up its air campaign in Syria, Obama said Moscow has focused its attention on moderate rebels fighting Syrian President Bashar Assad, a Russian ally. He called on Russia to make a "strategic adjustment" and drop its support for Assad, insisting the violence in Syria cannot be stopped as long as Assad is in office.

"It will not work to keep him in power," Obama said. "We can't stop the fighting."

Nearly five years of fighting between the Assad government and rebels has created a vacuum that allowed ISIS to thrive in both Syria and Iraq. The militant group is now setting its sights on targets outside its stronghold, including the attacks in Paris that killed 130 people and wounded hundreds more.

French President Francois Hollande is due to meet with Obama at the White House on Tuesday to discuss ways to bolster the international coalition fighting ISIS. Hollande then heads to Russia for talks with Putin.

"Our coalition will not relent. We will not accept the idea that terrorist assaults on restaurants and theaters and hotels are the new normal, or that we are powerless to stop them," Obama said.

The discussions about a military coalition to defeat ISIS come amid parallel talks about a diplomatic solution to end Syria's civil war. The violence has killed more than 250,000 people and displaced millions, sparking a refugee crisis in Europe.

Foreign ministers from about 20 nations agreed last week to an ambitious yet incomplete plan that sets a Jan. 1 deadline for the start of negotiations between Assad's government and opposition groups. Within six months, the negotiations are to establish a "credible, inclusive and nonsectarian" transitional government that would set a schedule for drafting a new constitution and holding a free and fair U.N.-supervised election within 18 months.

The Paris attacks have heightened fears of terrorism in the West and also sparked a debate in the U.S. about accepting refugees from Syria. It's unclear whether any of the terrorists in the Paris attacks exploited the refugee system to enter Europe, though Obama has insisted that's not a legitimate security threat in the United States.

"Refugees who end up in the United States are the most vetted, scrutinized, thoroughly investigated individuals that ever arrive on American shores," Obama said.

Mr. Obama spent a good portion of his trip pushing back against negative stereotypes of refugees. The president crouched alongside migrant children on Saturday and declared they are the opposite of terrorists wreaking havoc from Paris to Mali.

The refugees Obama encountered at a school for poor children in Malaysia were not from Syria, and unlike the flood of Syrians meeting steep resistance in the U.S., these migrants had already been cleared to resettle in America. Still, Obama said their faces could have been those of kids from Syria, Iraq and other war-torn regions whose pursuit of a life free from violence led them far from their native homes.

"They were indistinguishable from any child in America," Obama said. "The notion that somehow we would be fearful of them - that our politics would somehow lead us to turn our sights away from their plight - is not representative of the best of who we are."

Still, the U.S. House passed legislation last week essentially blocking Syrian and Iraqi refugees from the U.S. Democrats in large numbers abandoned the president, with 47 voting for the legislation. Having secured a veto-proof majority in the House, supporters are now hoping for a repeat in the U.S. Senate, while Obama works to shift the conversation to milder visa waiver changes that wouldn't affect Syrian refugees.

Obama has focused his ire on Republicans throughout the trip, harshly criticizing GOP lawmakers and presidential candidatesfor acting contrary to American values. He took a softer tone Sunday, saying he understands Americans' concerns but urging them not to give into fear.

He said ISIS "can't beat us on the battlefield so they try to terrorize us into being afraid." The president declared, "We will destroy this terrorist organization."

The president also paid tribute to Nohemi Gonzalez, a 23-year-old from California who was killed in the Paris attacks, and Anita Ashok Datar, a 41-year-old from Maryland who died in Friday's attack in Mali. He said the women reminded him of his teenage daughters and his late mother.

"It is worth us remembering when we look at the statistics that there are beautiful, wonderful lives behind the terrible death tolls we see in these places," he said.