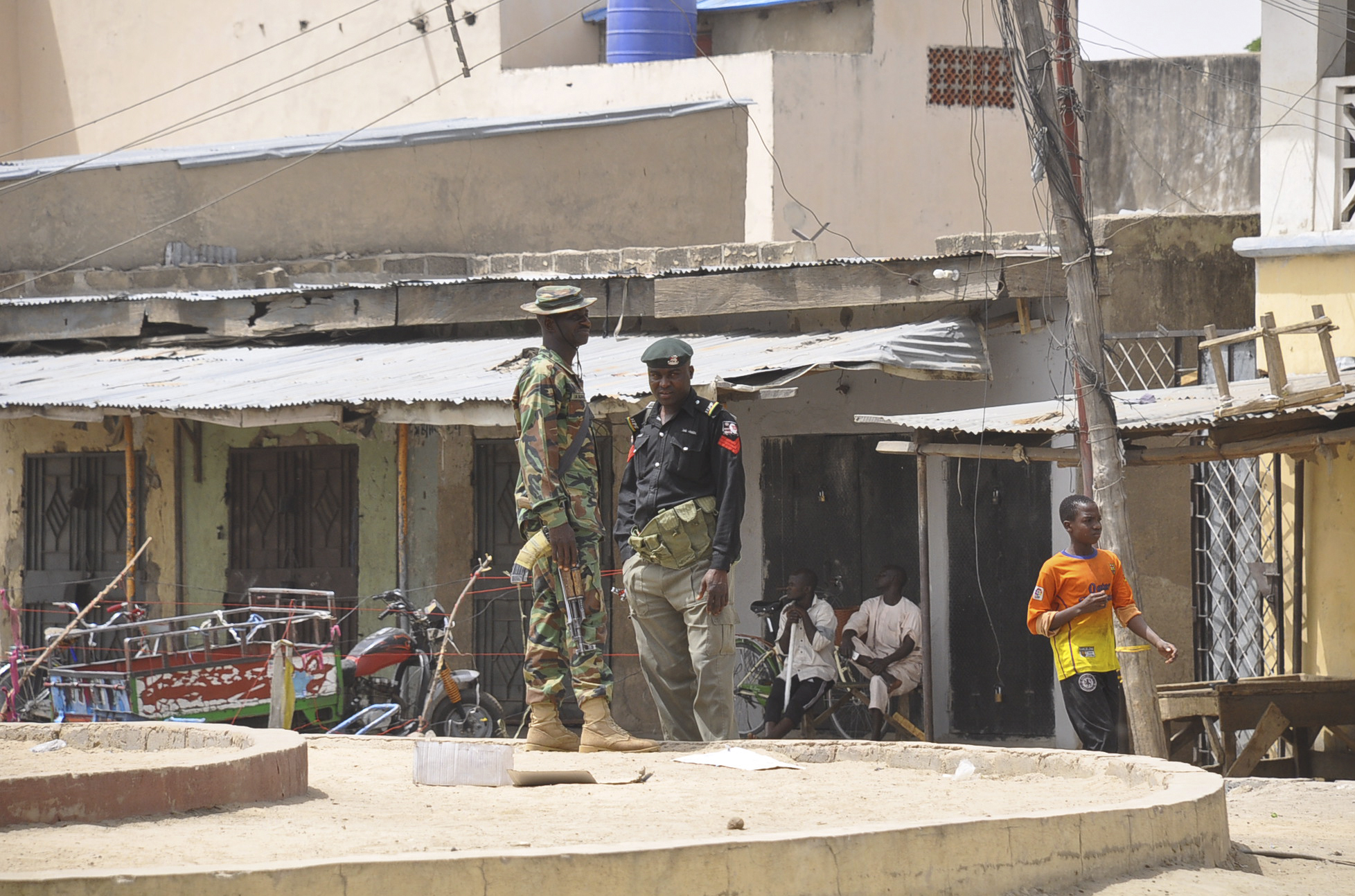 MAIDUGURI, Nigeria -- Nigeria's home-grown Boko Haram group, newly weakened by a multinational force that has dislodged it from a score of northeastern towns, reportedly pledged formal allegiance to the Islamic State of Iraq and Syria (ISIS).

The pledge came in an Arabic audio message with English subtitles alleged to have come from Boko Haram leader Abubakar Shekau and posted Saturday on Twitter, according to the SITE Intelligence monitoring service.

"We announce our allegiance to the Caliph of the Muslims... and will hear and obey in times of difficulty and prosperity, in hardship and ease, and to endure being discriminated against, and not to dispute about rule with those in power, except in case of evident infidelity regarding that which there is a proof from Allah," said the message. ISIS leader Abu Bakr al-Baghdadi has declared himself the caliph.

Earlier, the Nigerian extremist group was blamed for four suicide bomb attacks that police said killed at least 54 people and wounded 143 in the northeast city of Maiduguri, the capital of Borno state and birthplace of Boko Haram.

The blasts occurred over four hours in locations from a busy fish market to a crowded bus station, said Police Commissioner Clement Adoda.

A fifth explosion from a car bomb at a military checkpoint 50 miles outside the city wounded a soldier and two members of a civilian self-defense unit. The bomber apparently wanted to reach Maiduguri, said a police officer at the scene who spoke on condition of anonymity because he is not allowed to speak to the press.

In the deadliest blast, 18 people died when a suicide bomber blew himself up in a tricycle taxi at the entrance to the bustling Baga fish market, police said.

"I saw many dead bodies lying on the ground, many dead, and several others badly injured," said fish seller Idi Idrisa.

The Boko Haram pledge to ISIS comes as the Nigerian militants reportedly are massing in the northeastern town of Gwoza, considered their headquarters, for a showdown with the Chadian-led multinational force.

Though there was no way to independently verify the message, it comes weeks after Boko Haram's new Twitter account broadcast that the group's Shura council was considering whether to swear formal allegiance to ISIS.

The Twitter account, increasingly slick and more frequent video messages from Boko Haram, and a new media arm all are considered signs that the group is being helped by ISIS propagandists.

Boko Haram in August followed the lead of ISIS in declaring an Islamic caliphate in northeast Nigeria that grew to cover an area the size of Belgium. ISIS had declared a caliphate in vast swaths of territory that it controls in Iraq and Syria.

The Nigerian group also began publishing videos of beheadings. The latest one, published March 2, borrowed certain elements from ISIS productions, such as the sound of a beating heart and heavy breathing immediately before the execution, according to SITE.

In earlier video messages last year, Shekau sent greetings and praise to both al-Baghdadi and leaders of al-Qaida. But Boko Haram has never been an affiliate of al-Qaida, some analysts surmise because al-Qaida considers the Nigerians' indiscriminate slaughter of Muslim civilians as un-Islamic.