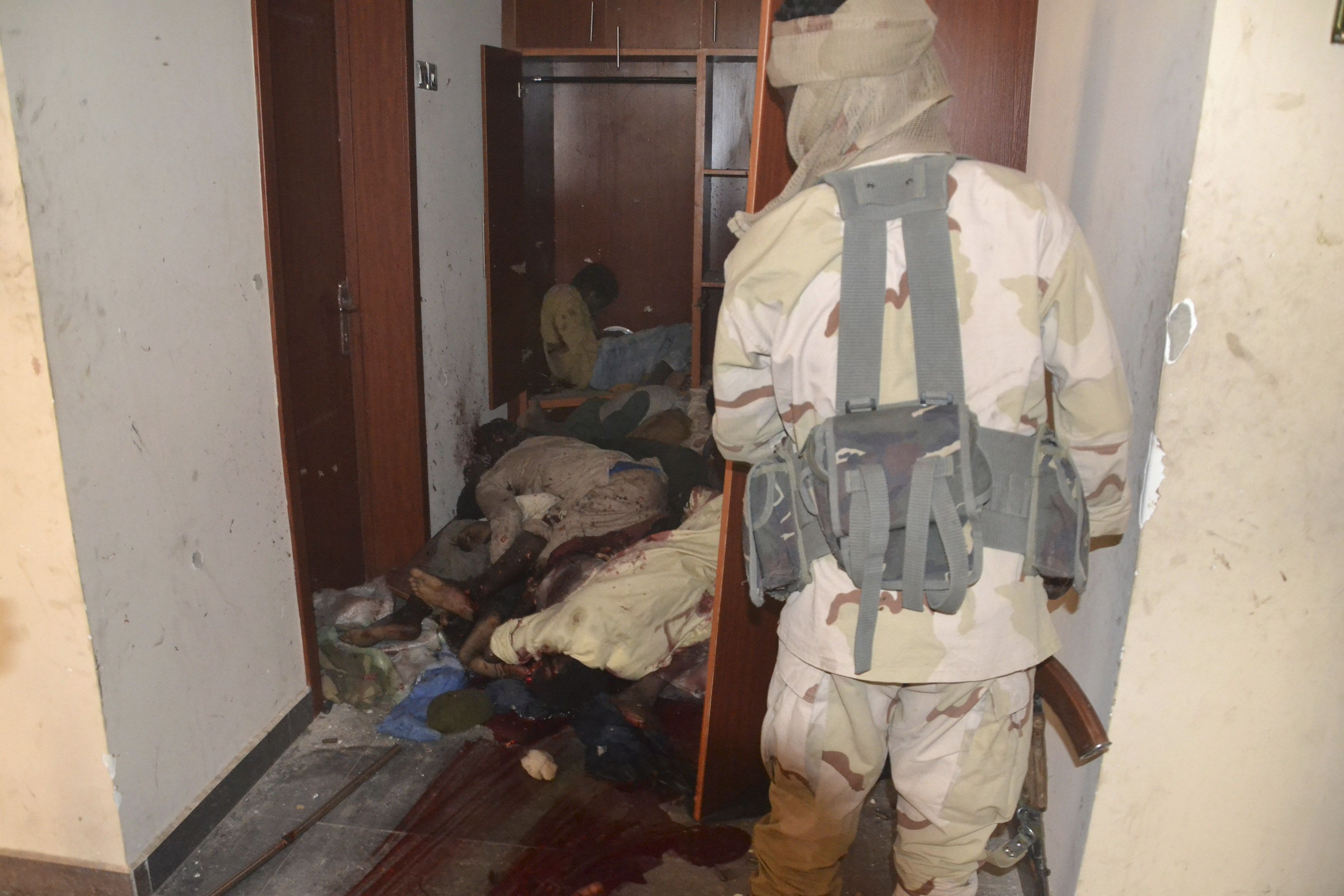 MAIDUGURI, Nigeria -- Hundreds of civilians were killed as troops from Chad seized a strategically located Nigerian town from Boko Haram extremists, according to military reports and witnesses.

One soldier was killed and 34 were wounded, most by a suicide car bomber, Bermandoua said on national television. Dikwa is at a crossroads to two border crossings with Chad and north to Lake Chad.

Separately, southwest of Dikwa, Nigerian troops Monday repelled an attack by Boko Haram on Konduga, killing more than 70 insurgents, according to a Nigerian corporal who helped defend the town. A security official confirmed the attack. Both spoke on condition of anonymity because they are not authorized to speak to reporters.

Boko Haram invaded the town between herds of cattle and a suicide bomber driving an explosives-laden car, the corporal said. But the military had been warned and were well prepared to drive back the insurgents, he said.

Konduga has been attacked many times in recent months because it is a final defense for Maiduguri, the biggest northeastern city 25 mile away that is the birthplace of Boko Haram.

The United Nations said Tuesday that fighting in the northeast forced 16,000 Nigerians to flee across the border into Cameroon over the weekend. Some 1.6 million Nigerians have been forced from their homes and unknown hundreds of girls and young men have been kidnapped in the 6-year-old Islamic uprising by Nigeria's home-grown Boko Haram group.

The Islamic extremists' attacks have spread across borders into Cameroon, Chad and Niger, which are forming a multinational force to fight the militants.

International concern has risen along with fatalities in the uprising: Some 10,000 people were killed last year compared to 2,000 in the four previous years, according to the U.S. Council on Foreign Relations.