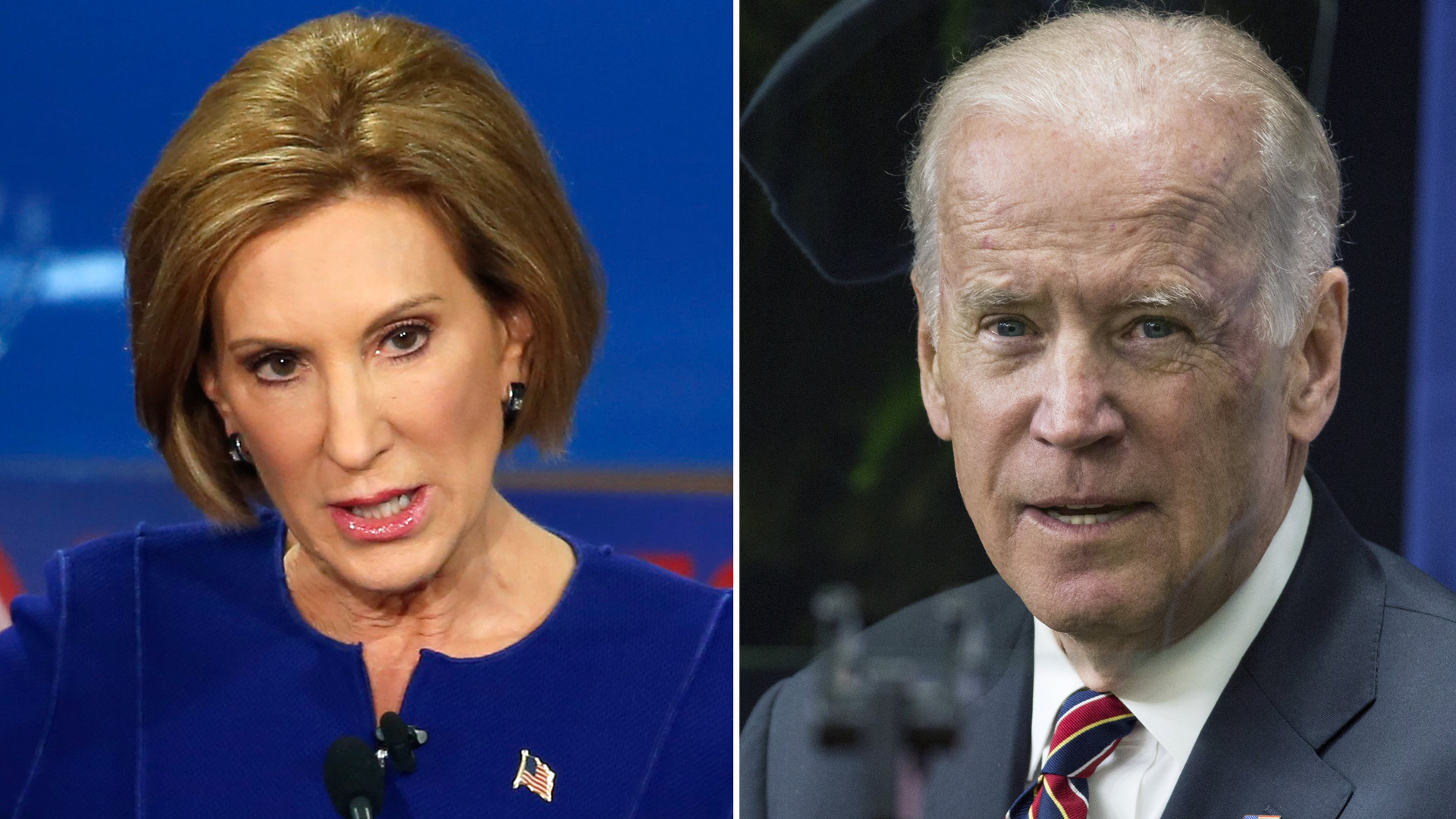 A fresh round of 2016 polling continues to show that Hillary Clinton benefitted from her strong performance during the first Democratic debate but suggests bad news for Vice President Joe Biden and former Hewlett Packard CEO Carly Fiorina, a Republican.

A new survey from NBC News and the Wall Street Journal shows that Biden gets the backing of just 15 percent of Democratic voters, down from 17 percent last month despite the continued speculation over whether he will launch a 2016 bid.

On the Republican side, Fiorina appears to be losing ground after surging in the polls following the first to Republican debates. A new CNN/ORC poll shows her losing 11 points since September, when she netted 15 percent support and landed in second place. Now, she gets 4 percent support, putting her in a tie for seventh place with Texas Sen. Ted Cruz.

Businessman Donald Trump and neurosurgeon Ben Carson continue to lead the Republican field at 27 percent and 22 percent, respectively. No other Republican candidates get more than 20 percent support, and nearly two-thirds of Republican voters say Trump or Carson is their first or second choice for the nomination. Carson's support is up eight points from last month.

The numbers in an ABC News poll look even better: Clinton attracts 54 percent support compared to Sanders' 23 percent and Biden's 16 percent. Her numbers are up 12 points from last month. As with other surveys, her numbers improve if Biden decides to sit out the race.

And despite continuing to suffer the fallout from a scandal surrounding her use of a private email address while at the State Department, Clinton continues to build her support. Sixty percent of people who lean Democratic say the more they get to know about her, the more they like her.

ABC News also asked an open-ended question to find out who Americans expect to win the presidency. Thirty-seven percent picked Clinton and Donald Trump got 20 percent. In the battle of Democrats versus Republicans, 48 percent of Americans say they expect a Democrat to win versus the 37 percent who say the same of a Republican.