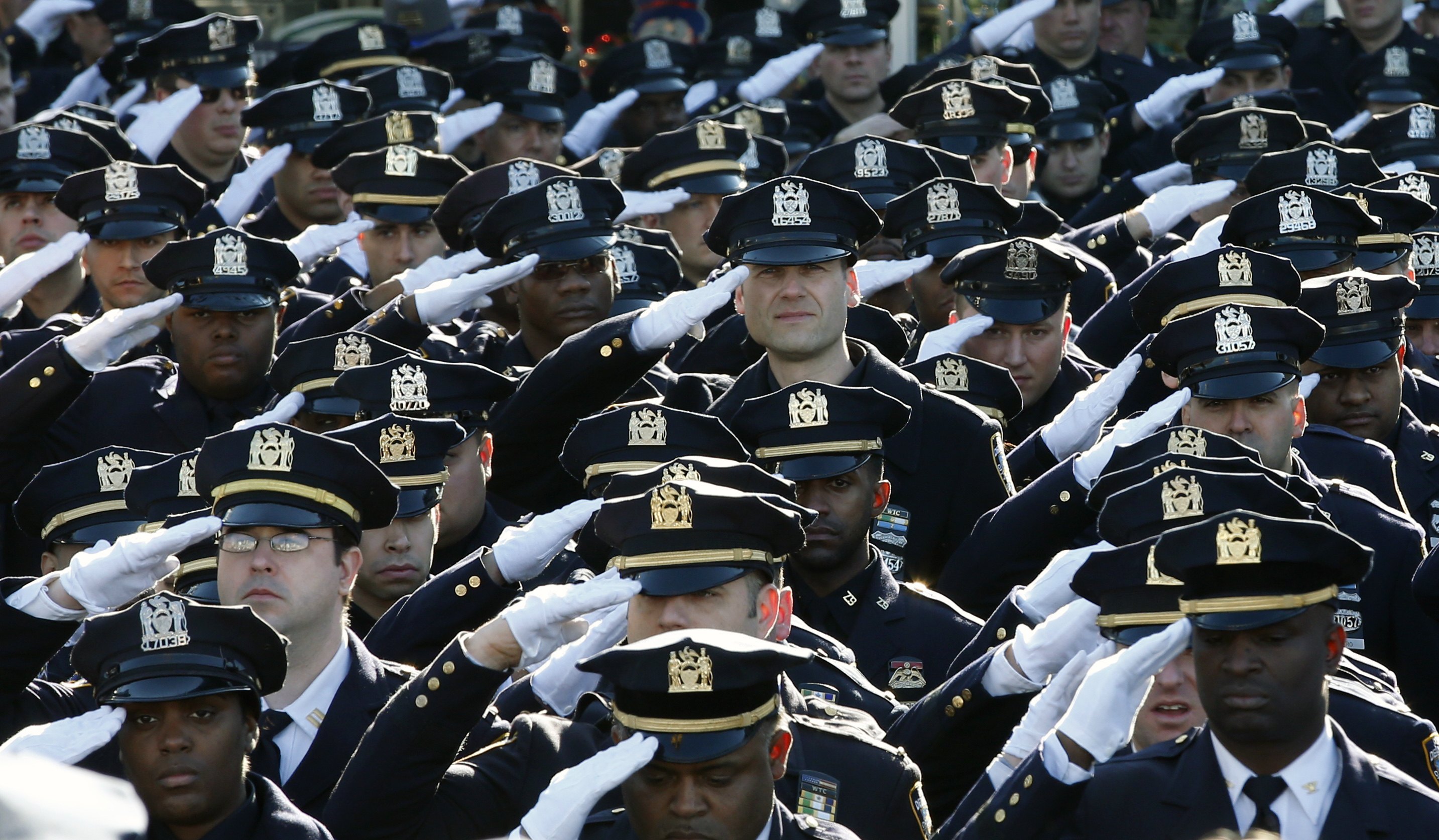 NEW YORK -- Mourners of a New York Police Department officer killed with his partner in an ambush shooting plan to gather at a funeral home on Saturday for his wake.

Officer Wenjian Liu will be remembered at the Aievoli Funeral Home in the Bensonhurst section of Brooklyn. His funeral is scheduled for Sunday with a Chinese ceremony led by Buddhist monks to be followed by a traditional police ceremony with eulogies led by a chaplain. Burial will follow at Cypress Hills Cemetery.

Liu was killed Dec. 20 along with his partner, Officer Rafael Ramos, as they sat in their patrol car on a Brooklyn street. Their shooter, Ismaaiyl Brinsley, had made references online to the killings of unarmed black men at the hands of white police officers and had vowed to put "wings on pigs."

Investigators say Brinsley was an emotionally disturbed loner who started off his rampage by shooting and wounding an ex-girlfriend in Baltimore. He later killed himself.

Liu, 32, had been on the police force seven years and had gotten married two months before he died. His widow, Pei Xia Chen, gave a tearful statement days after the shooting. Liu's family also visited the makeshift memorial at the shooting location in the Bedford-Stuyvesant neighborhood of Brooklyn.

Ramos was buried Dec. 27 amid tens of thousands of officers and mourners who went to pay their respects at a church in Queens. Liu's funeral arrangements were delayed so his relatives from China could get travel documents to the U.S. and fly to New York.

The police killings ramped up emotions in the already tense national debate over police conduct. Since Ramos and Liu were killed, police in New York have investigated at least 70 threats made against officers, and more than a dozen people have been arrested.

At Ramos' funeral, hundreds of officers turned their backs to TV monitors displaying Mayor Bill de Blasio's remarks to show their frustration for what police union officials have said is the mayor's role in creating an environment that allowed the killings.

In a message to be read to officers on Friday, Saturday and Sunday, NYPD Commissioner William Bratton said that act "stole the valor, honor, and attention that rightfully belonged to the memory of Detective Rafael Ramos's life and sacrifice." Bratton announced at Ramos's funeral that he had posthumously promoted both officers to detective.

"I issue no mandates, and I make no threats of discipline, but I remind you that when you don the uniform of this department, you are bound by the tradition, honor and decency that go with it," Bratton said.

New York City plans to honor the men by renaming the streets where they lived after them, CBS New York reported.