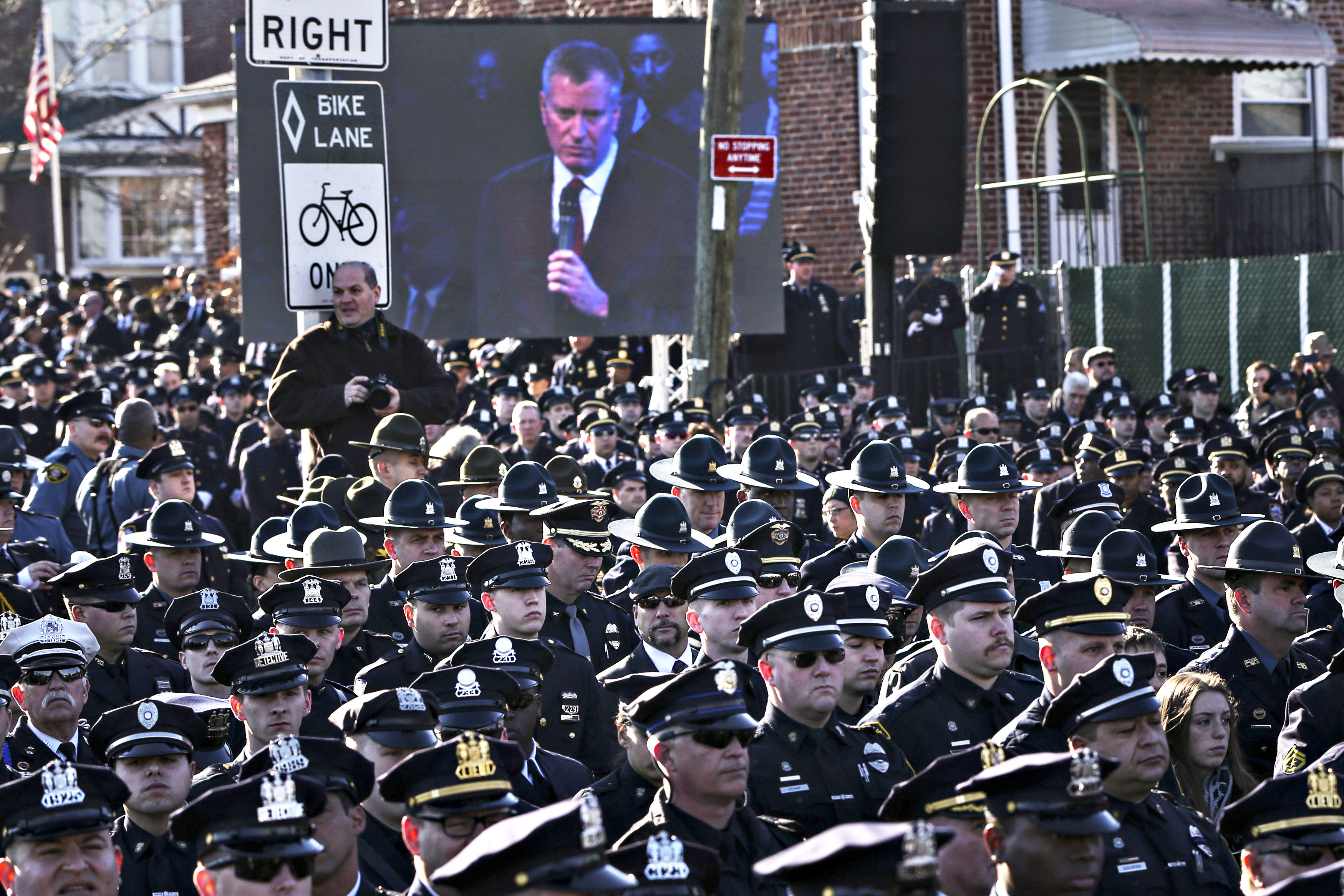 Officers outside of the church could be seen turning their backs to the jumbotron screen broadcasting the service as de Blasio spoke, CBS2's Tony Aiello reported.

Ramos and NYPD Officer Wenjian Liu were assassinated by a lone gunman one week ago today while sitting in their patrol car in Bed-Stuy, Brooklyn.

Following the shooting, police union officials blasted the mayor, claiming the blood of the two officers were on his hands.

And as de Blasio visited Woodhull Hospital last Saturday, where Liu and Ramos were pronounced dead, officers were seen in video obtained by CBS News silently turning their backs on the mayor.

Saturday afternoon, the mayor's office released a statement responding to the insult.

"The Ramos and Liu families, our police department and our city are dealing with an unconscionable tragedy. Our sole focus is unifying this city and honoring the lives of our two police officers," said de Blasio spokesman Wiley Norvell.

Mourners inside the church on Saturday offered applause before and after de Blasio spoke.