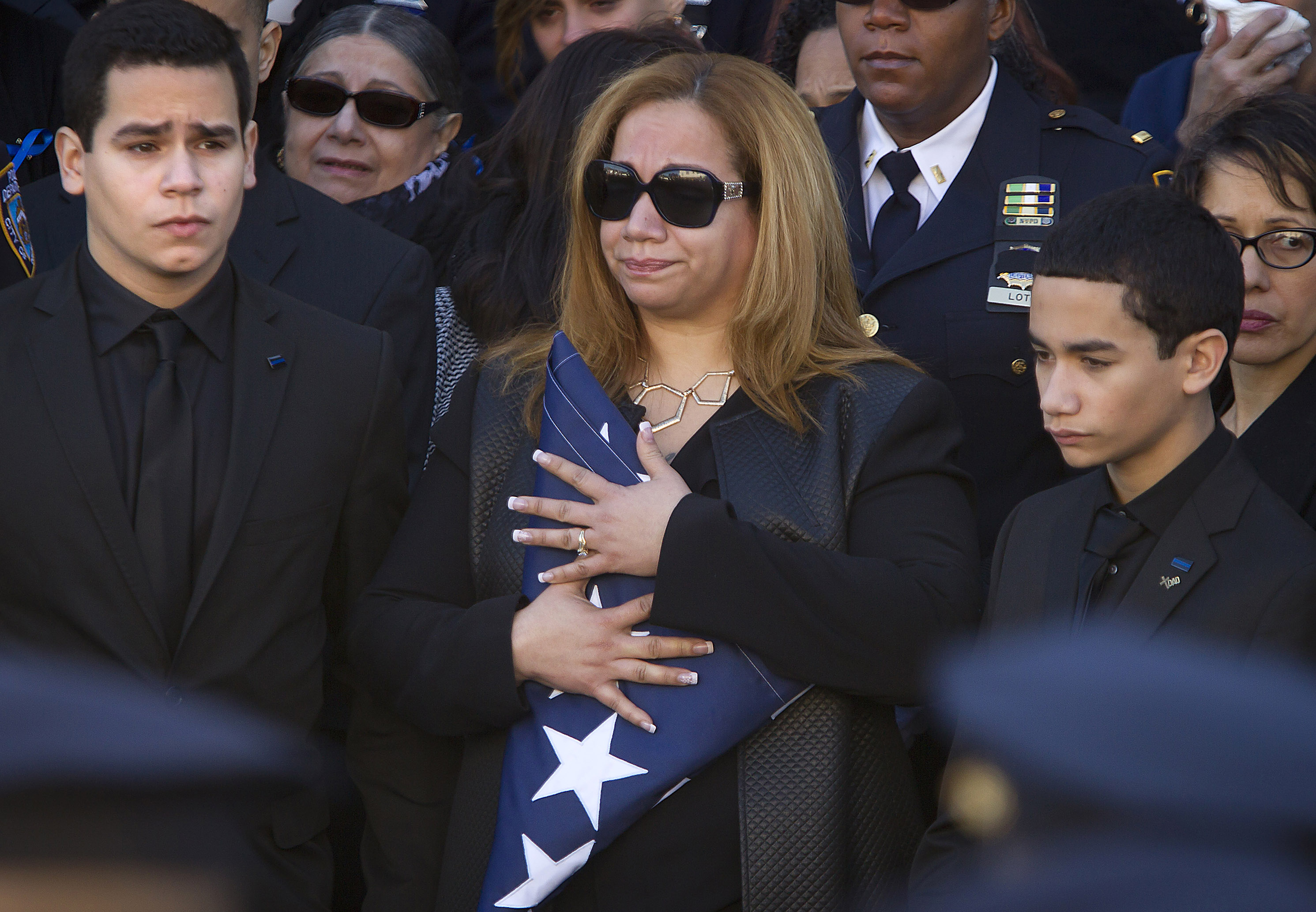 NEW YORK - A charity created after the Sept. 11 terror attacks says it has so far raised $250,000 or about a third of what it needs to pay the home mortgages for the families of two slain New York police officers.

The Stephen Siller Tunnel to Towers Foundation announced Sunday that contributions poured in from as far away as Hawaii, Italy and the United Kingdom.

The foundation described its plan to raise money for the mortgages at a news conference Friday. It said it hopes to raise the $800,000 needed to buy the homes by New Year's Day for the families of Officers Wenjian Liu and Rafael Ramos.

The foundation was created in memory of a firefighter who died on 9/11.

New York City Mayor Bill de Blasio also announced Monday that $120,000 has been raised to support the families of the two slain officers.

De Blasio said Monday that the Mayor's Fund to Advance New York City had raised the money in pledges through the Fallen Heroes Relief Effort.

The relief effort was established in honor of Officers Wenjian Liu and Rafael Ramos. Companies including JPMorgan Chase & Co., Verizon, and AT&T have contributed.

The announcement about the two relief funds comes on the heels of George Steinbrenner's Yankee Silver Shield Foundation declaring it would cover the education costs for Liu and Ramos' children.

The Daily News reports the 32-year-old foundation has regularly covered education costs for the children of New York City police officers, firemen and Port Authority employees who died in the line of duty.