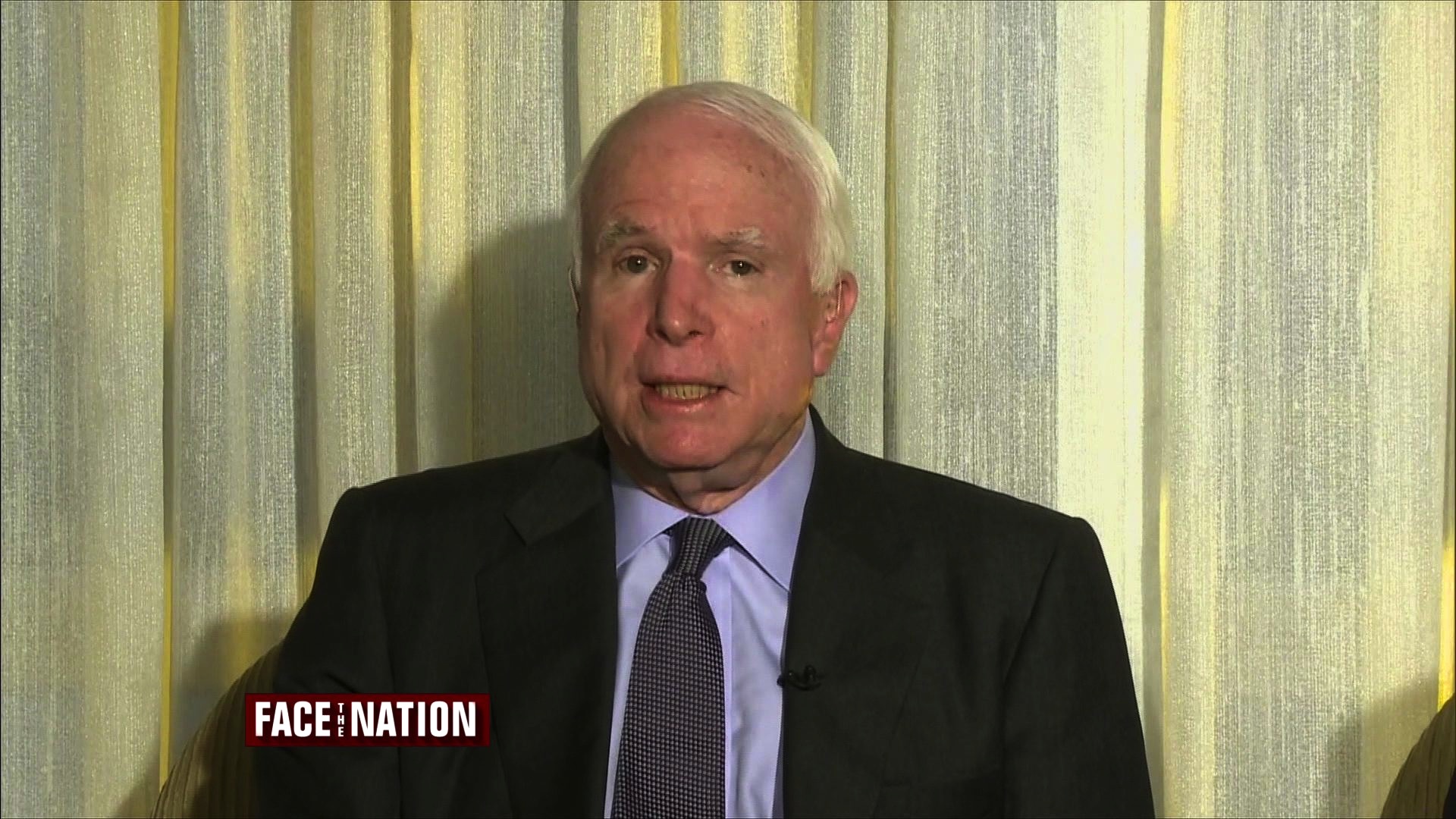 Arizona Sen. John McCain said that Republican presidential candidate Donald Trump's rhetoric about Muslims hurts the U.S. fight against the Islamic State of Iraq and Syria (ISIS, or ISIL) because it "has an interesting effect of turning Muslims all over the world against the United States of America."

McCain appeared on CBS' "Face the Nation" Sunday from the U.S. embassy in Baghdad alongside Republican. Sen. Lindsey Graham, another 2016 presidential candidate. He said that Islam is "99.44-percent people who practice an honorable religion."

The two senators pushed for the U.S. to play a more robust role in the fight against ISIS, including sending about 10,000 U.S. combat troops to the region.

"The kind of force that John and I are talking about is that 10 percent of the force will come from Western powers, the force that we're talking about will come from regional armies" from Saudi Arabia, Egypt and Turkey, Graham said. He argued they would be willing to fight if the U.S. insisted that Syrian President Bashar Assad be removed from power.

Graham also disputed the notion that the U.S. would need to leave an occupational U.S. force in the region after defeating ISIS.

"The holding force would be the region. We're talking about regional armies coming together with a western component, 90 percent them 10 percent us, the holding will be done by Sunni Arab states," he said.

With that combination, he said, ISIS would "fold like a cheap suit inside of Iraq" and the American forces would help drive ISIS out of key cities like Mosul more quickly.

McCain argued that a new president would have more success than President Obama at getting the Gulf States more heavily involved in the fight.

"Bashar Assad has to be part of the equation. He cannot stay in power for one day longer than necessary. And so, if you had the right president and the right leadership, they would coalesce. But there is no confidence in the Arab world today in the United States of America. That has to be restored if we want put together a regional force which has to have American participation," he said.

He also said that "the biggest mistake we could make is some kind of alliance with Russia" because Russian President Vladimir Putin has different ambitions and supports Assad's regime. McCain said the U.S. needs to establish a no-fly zone in Syria to protect refugees fleeing from him.

Asked whether the American people are ready for a major military engagement, Graham said, "They better be, because if you don't destroy ISIL in Syria which is their headquarters, we're going to get attacked at home."

"There's an opportunity here with some American leadership to do two things, which is to destroy ISIL before we get hit at home, and also to push Assad out and not give yet another Arab capital to Damascus," he said.

Full transcript of "Face the Nation" on August 1, 2021
Rebecca Kaplan