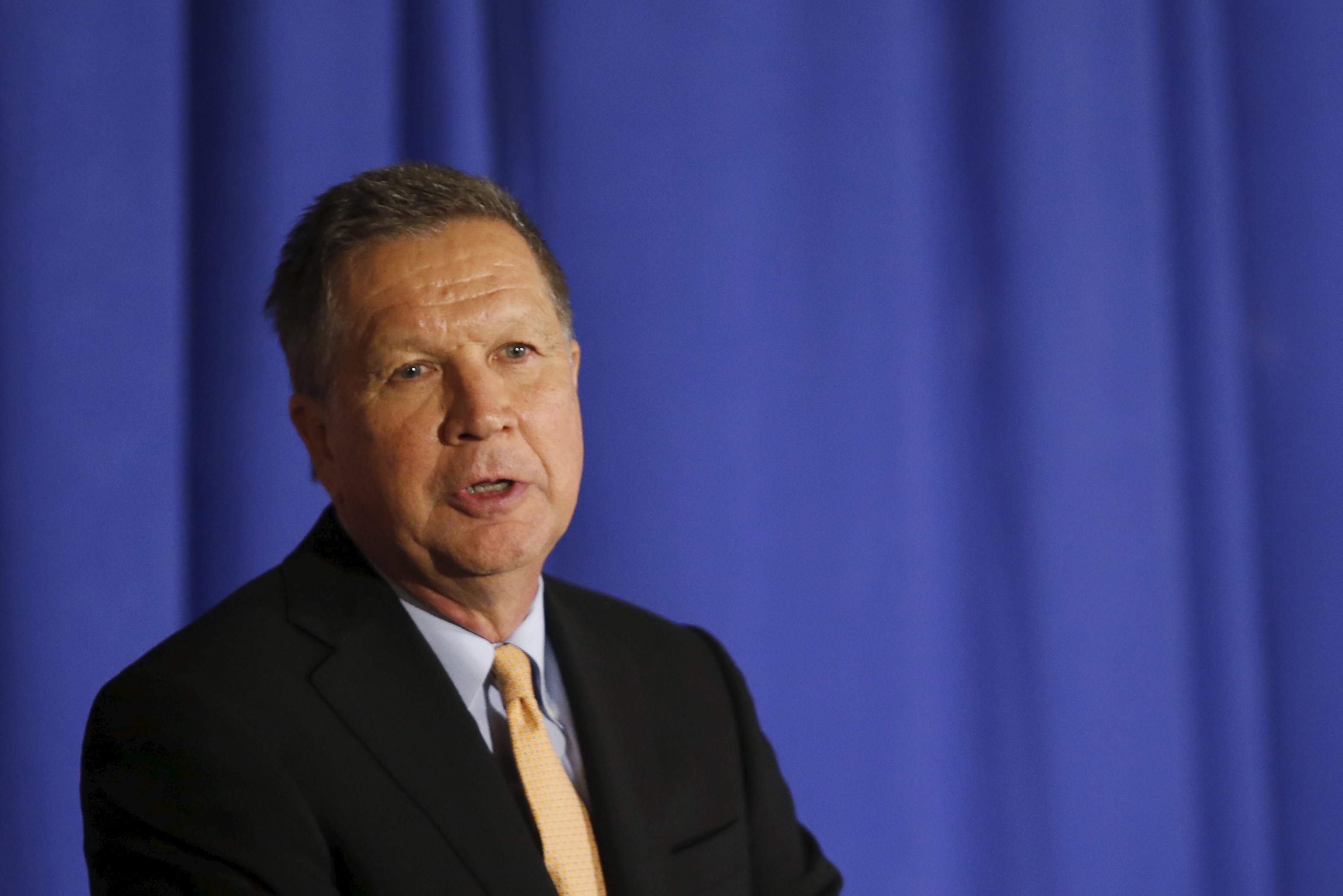 Ohio Gov. John Kasich argued Tuesday that this presidential election offers voters two paths -- one of which "could drive America down into a ditch, not make us great again."

It is an unveiled slap at front-runner Donald Trump.

"Some who feed off of the fears and anger that is felt by some of us and exploit it feed their own insatiable desire for fame or attention. That could drive America down into a ditch, not make us great again," Kasich warned in a prepared speech from the the Women's National Republican Club in New York.

Kasich never mentioned Trump by name, but it's abundantly clear that he was referring to his billionaire opponent. He said Trump's political strategy is "based on exploiting Americans instead of lifting them up," and will "inevitably lead to divisions, paranoia, isolation, and promises that can never, ever be fulfilled."

He called some of the proposals offered by his rivals "disturbing" and slammed politicians who have made made promises to voters based on polling or on what was politically beneficial.

Kasich blasted his opponents for the nasty personal attacks they've engaged in throughout the campaign and defended his decision to run a positive campaign.

"I have stood on a stage and watched with amazement as candidates wallowed in the mud, viciously attacked one another, called each other liars and disparaged each other's character," Kasich said. "Those who continuously push that type of behavior are not worthy of the office they are seeking."

He slammed policy ideas from both of his GOP opponents during the course of the speech.

"We have heard proposals to create a religious test for immigration, to target neighborhoods for surveillance, impose draconian tariffs which would crush trade and destroy American jobs," Kasich said.

The idea that Muslim neighborhoods would be targeted for surveillance was a proposal espoused by Ted Cruz after the bombings in Brussels, and Cruz also proposed that Muslim Syrian refugees be denied entry to the U.S., but that Christian refugees should be allowed in.

"We have heard proposals to drop out of NATO, abandon Europe to Russia, possibly use nuclear weapons in Europe, end our defense partnerships in Asia, and tell our Middle East allies that they have to go it alone."

"We have been offered hollow promises to impose a value-added tax, balance budgets through simple and whimsical cuts in 'fraud, waste and abuse.'"

The VAT has been used to describe aspects of Cruz's plan, and Trump's go-to response to questions about balancing the budget has generally been that he will cut waste, fraud and abuse.

In contrast, Kasich described his own path as "steep" but "well-trod" and "solid" -- one based on increased economic growth spurred by a balanced budget plan and a temporary freeze on most federal regulations.

The Ohio governor at this point in the race lags the GOP field in delegates -- CBS News' current delegate count has him at 143 delegates, behind Trump at 743 and Cruz at 540.