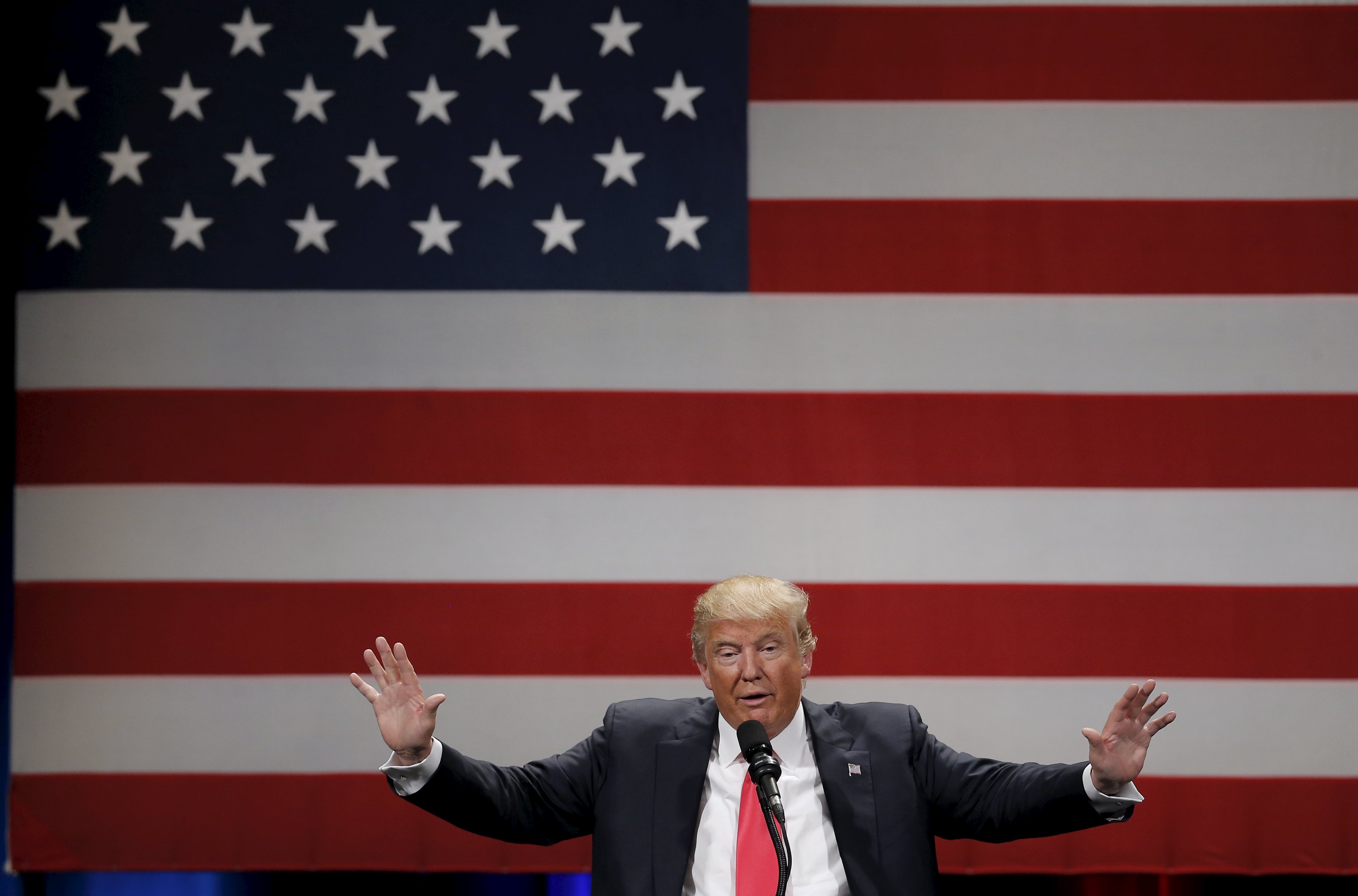 Donald Trump makes a lot of bold claims. It can be hard to check those claims. It seems implausible that he will get Mexico to pay for his ever-growing wall on the border, but it's not a fact that can be checked in the usual sense. On the principle boast of Trump's campaign, however, it is possible to check him. He has said that despite his unfamiliarity with many issues he'll face, he will master the new challenges of the presidency quickly. The fact-check to this claim is his success in the delegate selection fight.

Trump's most forceful articulation of his presidential promise came after radio host Hugh Hewitt quizzed him about the Iranian Quds Force. He was unfamiliar with the group, but said that wouldn't last long after his November victory. "First day in office, or before then, right at the day after the election, I'll know more about it than you will ever know. That I can tell you." He went on to say, "I will know far more than you know within 24 hours after I get the job."

On "Face the Nation" he said he had a feel for foreign policy that had impressed his advisers, particularly on the issue of NATO. He has also said the multilateral organization is obsolete and praised himself for this at a recent rally: "Big statement to make when you don't know that much about it, but I learn quickly."

Trump's supporters Ben Carson and Newt Gingrich have testified to this quality. "The one thing I have always found to be true with Trump is, I think he learns faster than any other political figure I have known except Bill Clinton," Gingrich said on "Face the Nation." "I think it's a big mistake to assume that the Donald Trump you saw yesterday is the Donald Trump you are going to see a month from now."

Trump's detractors see it quite the opposite way. "He'll have to spend the first 100 days trying to figure out where the bathrooms are [in the White House]," says John Kasich. The Ohio governor is running on an idea that seems quaint in this election -- that a person should have experience in the realm in which they seek a promotion.

This was an idea that Newt Gingrich also once championed, when he was a candidate. " I believe that they're looking for substance and I believe they're looking for practical experience in actually getting it done," he said of the voters during his 2012 campaign. And it wasn't any old experience that Gingrich was advocating, when he was a candidate. He argued that there was a benefit to political experience.

Trump's theory for his presidency is now being tested in his campaign. He is in the middle of an unfamiliar delegate process he has to learn about very quickly. So far, he has prevailed over political veterans in the first arena of competition. He has proven nearly every pundit wrong. " So, let's not get carried away with we don't know what we're doing," Trump told me. But now he is being outmaneuvered in the delegate selection stage, the painstaking and arduous task of tending to the delegate selection process in all fifty states. Ted Cruz has bested Trump in Louisiana, Colorado and Indiana by learning the process and making sure that it's his people who go to the Cleveland convention. If it's an open convention, those delegates, even if they are bound to Donald Trump on the first ballot, are likely to vote for Cruz or someone not named Donald Trump on future ballots.

Trump and his team did not see this coming. He is struggling to catch up. He has brought in veteran Washington strategist and lobbyist Paul Manafort to help with his convention strategy and the delegate management required before Republicans even gather in Cleveland. Trump's longtime associate Roger Stone is working another angle, announcing that he will publish the hotel locations and room numbers of delegates who are pledged to Trump but don't continue to vote for him after the first ballot.

The Republican Party is preparing for its first contested convention in forty years. It is a test of a party trying to keep itself together. Delegate rules are complicated and seem almost designed to make the losers (and possibly the GOP voters)feel ripped off. Normal notions of fairness don't really apply. There is nothing wrong, or illegal, if a candidate behind in the delegate or popular vote wins the nomination at the convention. That's how Eisenhower was nominated in 1952. It's also how Nixon beat out Ronald Reagan in 1968 even though Reagan had more votes in the primaries. And it's why Ronald Reagan thought it was okay to challenge Gerald Ford in 1976 even though Reagan had fewer votes and fewer delegates. If Donald Trump can pass this test, it won't just mean he won the nomination, it will suggest that he's as much of a quick study as he says he is.