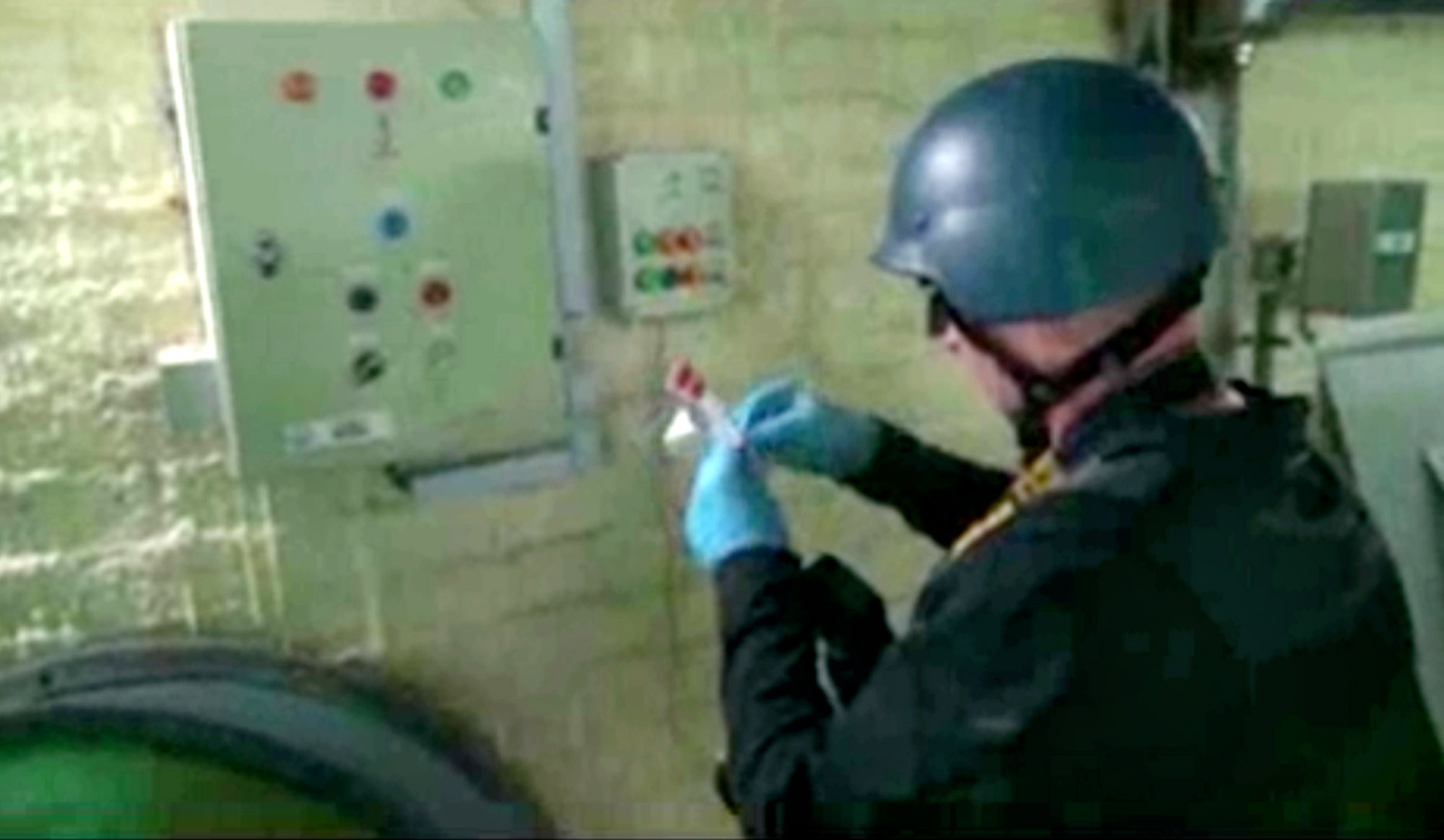 BAGHDAD -- The Islamic State of Iraq and Syria (ISIS) is aggressively pursuing development of chemical weapons, setting up a branch dedicated to research and experiments with the help of scientists from Iraq, Syria and elsewhere in the region, according to Iraqi and U.S. intelligence officials.

Their quest raises an alarming scenario for the West, given the determination to strike major cities that the group showed with its bloody attack last week in Paris. On Thursday, French Prime Minister Manuel Valls warned that Islamic extremists might at some point use chemical or biological weapons.

"Terrorism hit France not because of what it is doing in Iraq and Syria ... but for what it is," Valls told the lower house of Parliament. "We know that there could also be a risk of chemical or biological weapons," he added, though he did not talk of a specific threat.

U.S. intelligence officials don't believe ISIS has the capability to develop sophisticated weapons like nerve gas that are most suited for a terrorist attack on a civilian target. So far the group has used mustard gas on the battlefield in Iraq and Syria.

But Iraqi officials expressed concern that the large safe haven the extremists control since overrunning parts of Iraq and Syria last year has left Iraqi authorities largely in the dark over the ISIS program.

"They now have complete freedom to select locations for their labs and production sites and have a wide range of experts, both civilians and military, to aid them," a senior Iraqi intelligence official told The Associated Press.

The official, like others from the Iraqi and U.S. intelligence agencies who have first-hand knowledge of the ISIS chemical weapons program, spoke on condition of anonymity to discuss the sensitive information.

"This is really troubling because it's a manifestation of the worst nightmare -- the elixir and combination of chemical weapons, weapons of mass destruction, and terrorism," CBS News national security analyst Juan Zarate told CBSN when asked about ISIS' reported attempts to produce chemical weapons.

So far, the only overt sign of the group's chemical weapons program has been the apparent use of mustard gas against Iraqi Kurdish fighters and in Syria. In mortars that hit Kurdish forces in northern Iraq earlier this year, preliminary tests by the U.S. showed traces of the chemical agent sulfur mustard.

ISIS has set up a branch tasked with pursuing chemical weapons, according to a senior Iraqi military intelligence officer and two officials from another Iraqi intelligence agency. They wouldn't give details of the program, including how many personnel it is believed to have or its budget.

But al-Zamili, citing intelligence reports he has access to, told the AP that the group has managed to attract chemical experts from abroad as well as Iraqi experts, including ones who once worked for Saddam Hussein's now-dissolved Military Industrialization Authority. The foreigners include experts from Chechnya and southeast Asia, the Iraqi intelligence officials said.

ISIS recently moved its research labs, experts and materials from Iraq to "secured locations" inside Syria, al-Zamili added - apparently out of concern of an eventual assault on Mosul, Iraq's second largest city, captured by ISIS in the summer of 2014.

"Daesh is working very seriously to reach production of chemical weapons, particularly nerve gas," al-Zamili said, using an Arabic acronym for the group. "That would threaten not just Iraq but the whole world."

Still, U.S. intelligence officials say they don't believe ISIS has the technological capability to produce nerve gas or biological agents, and that the militants were more likely to harm themselves trying to make them. A European official privy to intelligence on the extremist group's programs agreed, saying so far even IS production of mustard gas was in small quantities and of low quality.

Retired Lt. Gen. Richard Zahner, who was the top American military intelligence officer in Iraq in 2005 and 2006 and went on to lead the National Security Agency's electronic spying arm, noted that al Qaeda tried for two decades to develop chemical weapons and didn't succeed, showing the technical and scientific difficulties.

However, he said, U.S. intelligence agencies have consistently underestimated ISIS, which has shown itself to be more capable and innovative than al Qaeda and has greater financial resources. Given that and its inheritance of Saddam-era experts, he said, it could realistically reach a "limited" program for battlefield uses.

"Even a few competent scientists and engineers, given the right motivation and a few material resources, can produce hazardous industrial and weapons-specific chemicals in limited quantities," Zahner said.

Developing chemical weapons has been an ambition of the group - and various other jihadi movements - for years.

In a 2013 report on ISIS' weapons procurement efforts, a senior deputy of ISIS leader Abu Bakr al-Baghdadi wrote of "significant progress" toward producing chemical weapons, according to two senior officials who had access to the document after it was obtained by Iraqi intelligence.

In it, the deputy, Sameer al-Khalifawy, wrote that chemical weapons would ensure "swift victory" and "terrorize our enemies." But, he added, what was needed was "to secure a safe environment to carry out experiments."

Al-Khalifawy was killed by rebels in Syria in early 2014, just months before ISIS overran Mosul and much of northern and western Iraq, linking that territory to the stretches of northern and eastern Syria it controlled and declaring itself a "caliphate."

In May 2013, Iraqi security forces, acting on a tip from the Americans, raided a secret chemical weapons research lab in Baghdad's Sunni-majority district of al-Doura, the Iraqi intelligence officials said. Security forces arrested two militants running the lab, Kefah Ibrahim al-Jabouri, who held a master's degree in chemistry, and Adel Mahmoud al-Abadi, who has a bachelor's degree in physics and worked at Saddam's Military Industrialization Authority before it was disbanded in 2003.

The Iraqi officials said the two men were working with al-Baghdadi, citing ISIS correspondence they seized from al-Jabouri. Other international officials disputed this, however, saying the men were not connected with the group.

Iraqi officials complained of lack of cooperation from neighboring Syria.

They cited the case of a veteran Iraqi jihadist and weapons expert, Ziad Tareq Ahmed, who fled to Syria after Iraqi security agents raided his Baghdad home in 2010 and arrested members of his cell. The agents found large amounts of material that could be used for making mustard gas.

Ahmed, who has a master's degree in chemistry and has worked with several Islamic militant groups without formally joining any, was arrested by the Syrians last year. The Syrian government allowed Iraqi officials to interrogate him in prison but refused to hand him over. Then last month, they released him, two Iraqi intelligence officials said.

"This is a very grave development," said one of the officials, who heads one of Iraq's top counterterrorism agencies. "His release adds significantly to our concerns."