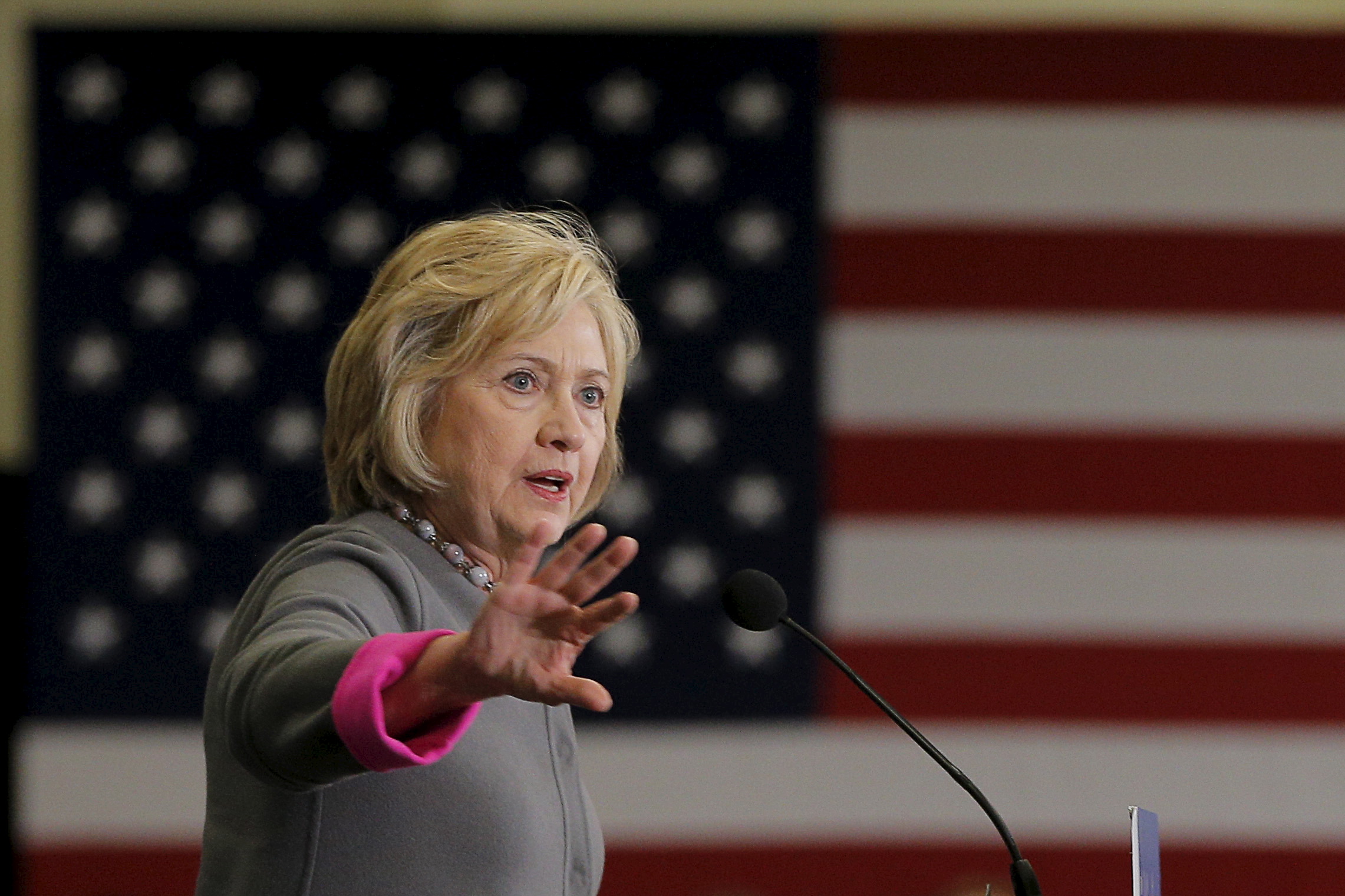 DOVER, New Hampshire -- Hillary Clinton on Thursday evening commented further on the shooting in San Bernardino, California that killed 14 people a day earlier, saying it's "becoming clearer that we are dealing with an act of terrorism."

"I have confidence that the local police working with the FBI, we will learn more about what went on and who these people were and what their motivation were. But it is becoming clearer that we are dealing with an act of terrorism something that included bombs, luckily one that didn't go off," Clinton said after calling hours earlier for gun safety reform in the wake of the shooting.

Authorities need to finish their investigation, Clinton said, but she added that the situation "raises serious questions" about how Americans should be protected and how to ensure that the U.S. has the best possible intelligence.

In Dover, she also talked about the issue of gun violence and possible safety measures that she had talked about at a campaign stop earlier in the day.

"No parent should have to worry about going to a holiday party after work or about sending their kids to school," she said, speaking at a campaign event at Southern New Hampshire University. "No one should have that basic sense of safety and security ripped away from them. The vast majority of Americans support common sense steps to reduce and prevent gun violence."

At that earlier stop, Clinton did not say whether or not she believed the shooting was an act of terrorism.

"We don't know yet everything about this specific attack," she said, calling the perpetrators "killers," and "murderers." She noted that the president had said Thursday morning that the attack was "possibly" terror-related and added, "I know that everyone from the FBI to local police are doing everything they can to find answers, tracking every lead, looking at every angle and I'm confident that they will determine what happened."

She also urged understanding. "It's important to remember," she said, "the vast majority of Muslim Americans are just as concerned and heartbroken about this as anyone else."

Clinton has made the issue of gun violence, and calls for "common sense" gun reforms, a major part of her policy agenda as she seeks the Democratic nomination. In particular, she has called for Congress to ban those on terrorist watch lists, or no-fly lists, from having guns.

At the time of the shooting on Wednesday, Clinton was speaking at an organizing event in Orlando where, without having heard the news, she reiterated her commitment to stand up to the gun lobby if elected.

Londonderry resident Robin Skudlarek, who is an active volunteer with the advocacy group Moms Demand Action, said here on Thursday that she believes Clinton has a stronger record on guns than her main rival, Vermont Sen. Bernie Sanders.

"I believe that she is actually talking about it and she's talking about change that can be done on an executive level that hasn't been done," she said.

Skudlarek said that politicians offering "thoughts and prayers" is not enough.

"We can pray all we want," she said. "That's not going to do anything."