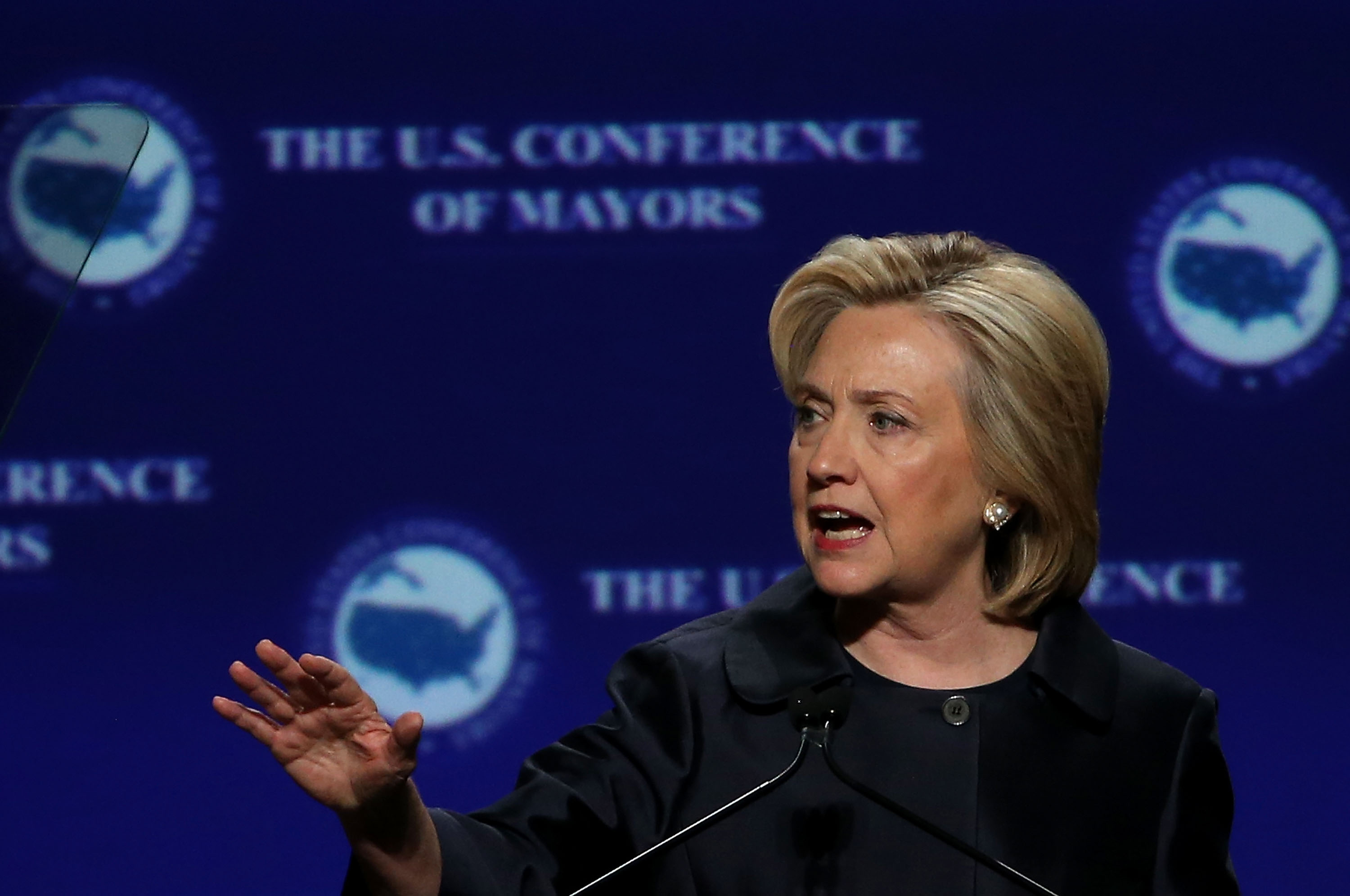 "You can't watch massacre after massacre and not come to the conclusion that, as President Obama said, we must tackle this challenge with urgency and conviction," Clinton told a crowd at the U.S. Conference of Mayors on Saturday. "But I also know that we can have common-sense gun reforms that keep weapons out of the hands of criminals and the violently unstable while respecting responsible gun owners."

The former New York senator also expressed disbelief at the legislative push for universal background checks for gun and high-ammunition magazine sales -- a 2013 measure that failed in Congress despite its national momentum after the shooting at Sandy Hook elementary school.

"It makes no sense that bipartisan legislation to require universal background checks would fail in Congress despite overwhelming public support," Clinton said. "It makes no sense that we couldn't come together to keep guns out of the hands of domestic abusers or people suffering from mental illnesses, even people on the terrorist watch list."

Addressing the same mayors' conference a day earlier, President Obama said he would refuse "to act as if this is the new normal, or to pretend that it's simply sufficient to grieve and that any mention of us doing something to stop it is somehow politicizing the problem."

In a nod to the president's strong response, Clinton added that the politics on the issue have indeed "been poisoned," but that the "stakes are too high, the costs are too dear" to give up on tougher gun legislation.

The presidential hopeful, who made campaign stops in South Carolina on the day of the shooting, had previously called on the country to face "hard truths about race, violence, guns, and division." While her stance on stricter gun regulation now aligns closely with that of President Obama's in the wake of the Charleston shooting, during the 2008 Democratic primary race against the then-Illinois senator, Clinton positioned herself to the right. In a televised primary debate that year, the Democratic candidate backpedaled from a proposal for a national gun registry she had made in 2000.

And in what may have been the strongest comments yet from Clinton on the issue of race in America, the presidential contender called on the country to confront systemic racism as the "deeper challenge we face."

"It is tempting to dismiss a tragedy like this as an isolated incident," she said. "To believe that in today's America, bigotry is largely behind us. that institutionalized racism no longer exists. But despite our best efforts and our highest hopes, America's long struggle with race is far from finished."