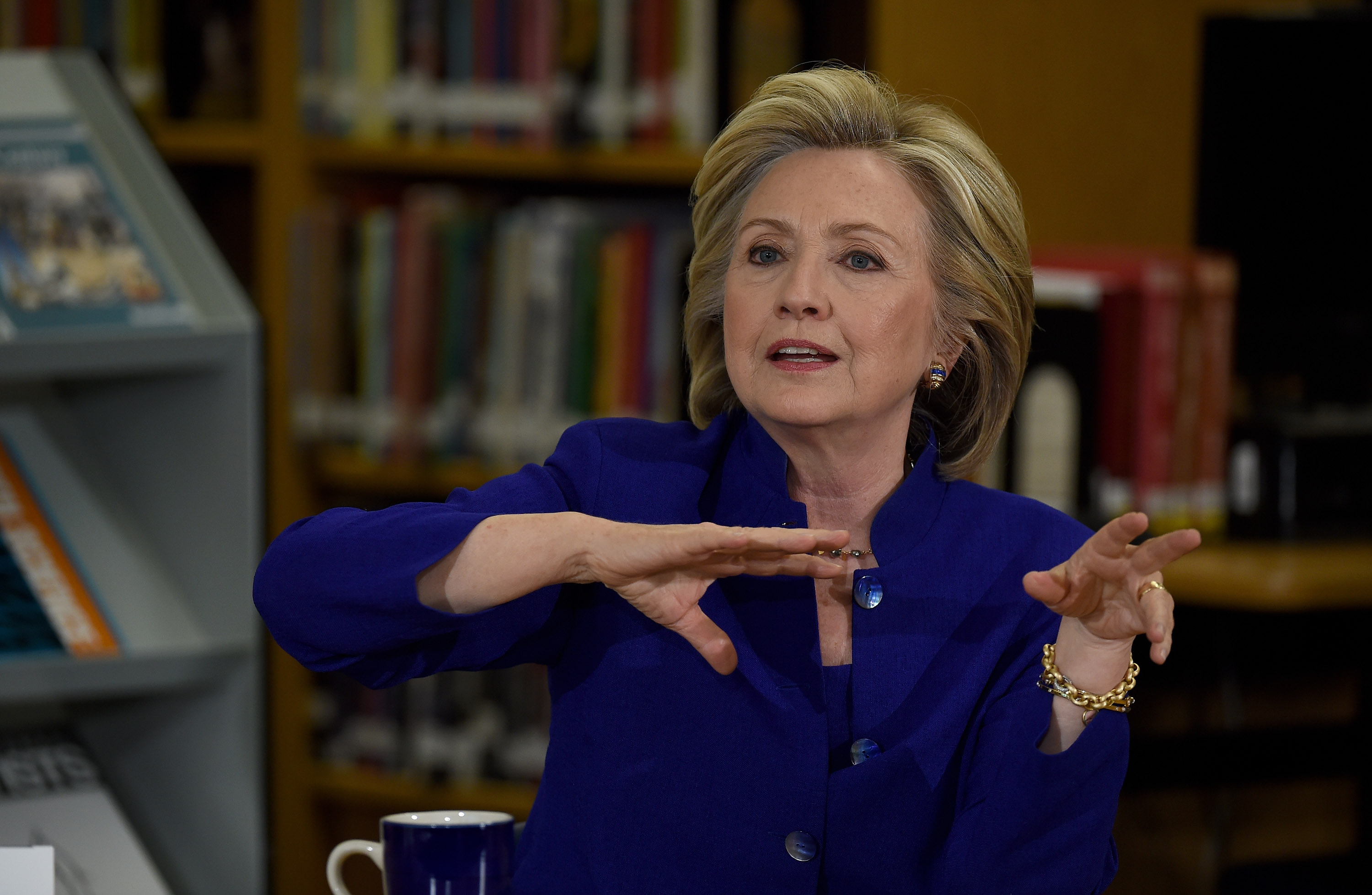 Hillary Clinton may be the first Democratic presidential candidate to openly raise money for a super PAC, but she isn't exactly the first to attend an event for the organizations.

Weeks before the 2012 election, President Barack Obama attended a fundraising event for Priorities USA, the super PAC formed to work alongside his campaign - and now focusing its efforts to support Hillary Clinton.

Initially, Obama was fully against super PACs, decrying the unlimited funds and dark money in a post-Citizens United world. But, in February 2012 he reversed his position and embraced the groups - urging donors to contribute and saying that he would sanction campaign surrogates to raise money for Priorities USA Action. Still, he promised that neither he, First Lady Michelle Obama, or Vice President Joe Biden would attend their events.

But, on October 7, 2012 Obama and former President Bill Clinton attended an event at the Beverly Hills home of Jeffrey Katzenberg - the DreamWorks CEO who was one of Priorities' top backers. According to OpenSecrets.org, Katzenberg donated $3,000,000 to Priorities during the 2012 campaign cycle - making DreamWorks Animation SKG, the group's fourth top donor. Katzenberg, according to OpenSecrets also contributed $5,000 to Obama's reelection campaign.

The event was first reported in Mark Halperin and John Heilemann's 2013 book, "Double Down." In it, they wrote that the White House described the event as a "thank you" for a "small group of donors" though it was "in fact, a Priorities USA function."

Thursday morning, a former campaign official confirms that the event did occur, saying it was a number of top donors and noted that many of them had donated both to the campaign and Priorities USA.

Clinton has started holding meetings with Priorities USA donors during her three-day trip to California this week, in a fundraising scheduled first reported by the New York Times and confirmed by CBS News. Priorities USA, which spent over $65 million in 2012 to support President Obama, has been undergoing a transformation into a pro-Clinton group since the former secretary of state officially announced her candidacy in April.

"With some Republican candidates reportedly setting up and outsourcing their entire campaign to super PACs and the Koch Brothers pledging $1 billion alone for the 2016 campaign, Democrats have to have the resources to fight back," a Clinton aide told CBS News. "There is too much at stake for our future for Democrats to unilaterally disarm."

Clinton planned to raise money for the super PAC early in her campaign but initially delayed the fundraising efforts because of a desire for a slower campaign rollout. The former first lady has also emphasized campaign finance reform on stops through important early-voting states.

During Clinton's first full day of campaigning in Iowa after her presidential announcement, she discussed her desire to rein in outside spending for campaigns.

"We need to fix our dysfunctional political system and get unaccountable money out of it once and for all, even if that takes a constitutional amendment," Clinton told roundtable participants at Kirkwood Community College.

Clinton has also criticized other likely candidates for their fundraising involving super PACs, including former Florida Gov. Jeb Bush, whose aggressive fundraising efforts for his Right to Rise PAC have already raised millions.

In 2012, President Obama was also asked about his decision to back a super PAC supporting his reelection after previously criticizing the independent groups for accepting unlimited corporate and union donations.

"The challenge is we've got some of these super PACs that have pledged to spend up to half a billion dollars to try to buy this election and what I've said consistently is, we're not going to just unilaterally disarm," the president told Charlotte's CBS affiliate, WBTV.